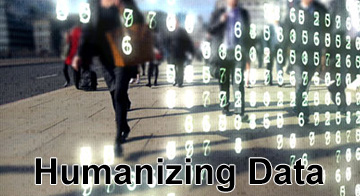 By Federico, Guerrini, Forbes, September 19, 2016
The original article may be found at: https://www.forbes.com/sites/federicoguerrini/2016/09/19/engaging-citizens-or-just-managing-them-smart-city-lessons-from-china/#7ddd48a2dab0

Cities are like Tolstoy's families: each messed up in its own way. The new challenges urban conglomerates have to face and how to better address them were the main topics of discussion at the Smart City in Focus conference which took place in Yinchuan (China) a couple of weeks ago.

If for Atlanta, Georgia, transportation and public safety are the top priorities to address, in the struggling desert utopia of Masdar City, the focus is on renewable energy and smart buildings.

Some administrations are counting on apps and sensors to better serve citizens, while others are trying to engage the population through loyalty cards similar to those issued by Tesco or Target (TGT +0.34%).

If you live in Tel Aviv, Israel, for instance, you can request Digitel, a resident's card which will give you access to a number of online services, from managing your bills to get notifications about what's taking place in the city.

It also entitles you to discounts and benefits like free swimming pools the last week of summer or members-only events. In the name of boosting efficiency and improving the quality of life of citizens, the municipality gets to know a lot more about you and your habits.

Thousands of miles away, in Palo Alto, California, the city council launched in June an app which allows citizens to report issues and access local government-provided services on a 24/7 basis, while Dubai is experimenting with 'smart kiosks' where citizens can top up and pay their bills.

With all due differences, most of the projects presented in Yinchuan do have a common thread: they rely on the power of data for improvement and transformation.

Which brings us to the usual questions: who controls the information produced? What are the main stakeholders that have access to the infrastructure from which this data is sourced?

What are the guarantees for the citizens that this data will not be abused, misused or just sold to the corporations that work with the government in this kind of initiatives?

The smart cities market size is estimated to grow from $312.03 billion in 2015 to $757.74 billion by 2020. Most of the projects in this sphere are brought forth using the so-called PPP (public-private partnerships) approach.

It is fair to ask, as Oxford academic Igor Calzada (also present at the conference) did in a recent article "are Smart City solutions currently based more on vendor push than on city government pull? What are the politics of big data in various Smart Cities?"

There is no easy answer to this question. In some cases it could be hard to draw a clear line between public and private interests.

Take the LinkNYC project, which will bring free high speed connectivity to Big Apple (AAPL +0.81%) residents: it surely might prove to be a powerful tool for digital inclusion, as the former chief technology officer of the city, Minerva Tantoco passionately explained at the conference, in a very inspiring speech.

Critics, on the other hand, see it as a 'privacy nightmare' and a 'propaganda engine' due to Google's (GOOGL +0.11%) role in it.

If data is all the rage, then, another sensitive point comes to mind: interoperability. Can one city's best practices be exported to another?

"Cities need to create platforms that can interoperate, and trade innovation between each other," said Peter Sany, president of the non-profit TM Forum, which organized the conference.

The host city, Yinchuan, is considered a blueprint for smart cities in China, thanks to its smart traffic management, big data approach, optimized garbage collection, and telemedicine services.
As part of this bundle of smart services, the city is distributing RFID tags to private vehicles, to monitor the population's movements and manage the traffic accordingly. So far, roughly 300,000 out of 500,000 vehicles have been fit this way.

Hard to imagine something similar happening in Europe, where privacy regulations are very strict. Sany however believes that these barriers will ultimately be overcome and the different approaches will be harmonized.

"In the case of the RFID tags there could be many ways in which the data could be aggregated and anonymized. You have also to consider that privacy regulations were often written in the past and have to catch up with technological evolution," he says.

Some cities, like Buenos Aires, are betting high on taking control of their data, against the monopoly of private companies, and sharing it with citizens. This was initially born out of necessity. When a power outage took place in the Argentinian capital, in 2012, authorities couldn't inform and give assistance to citizens in a timely fashion.

"Power supply companies didn't tell us where exactly the outage was happening," Martin Alalu, Open Government director of the Province of Buenos Aires told the Smart City in Focus audience.

So the city built a network backbone of its own, with more than 900 sensors and data points. An agreement signed with Philips brought into the network other 70,000 "intelligent" LED streetlights whose status could be monitored remotely.

The capital, like other cities around the world - from London, to Helsinky, Tampere, NYC and many others - also publishes a number of datasets that can be exploited by businesses and startups to build new services.

The "open data by default" strategy is not applied or even applicable everywhere, though. "There could be many reasons for this to fail," the chief digital officer of Vancouver, Jessie Adcock tells me, "a mayor could send out an order, but if the department doesn't want to release the data, it won't."

"Often times I think people are really worried that they might come under scrutiny. Or sometimes people simply don't have the time. There's a lot of work to do and it might be that there is no time to publish the information."

Calzada, who brought an interwined merge of academic and business-focused perspective to the conference, believes it is necessary to go beyond the mainstream definition of this smart city, based on just big data and technology.

He believes in what he calls the "penta-helix" model of governance "it includes the public and private sector, but also the academia, civil society and social entrepreneurs," he says.

He's particularly wary of a model, which seems to be dominant especially in the US, that sees citizens mainly as just customers to whom the administrations provide services. "If you see citizens only as customers, cities become just social reward, material exchange, relationship based markets. But as we have seen recently, markets can also fail."

In cities that want to call themselves really smart, citizens cannot just be managed like data entries, or left as an afterthought: a concern that seems to be shared also by Sany. There’s a flaw in in the public-private partnership model, he told delegates at the conference. "there are four ‘P’s. You have to start with people."