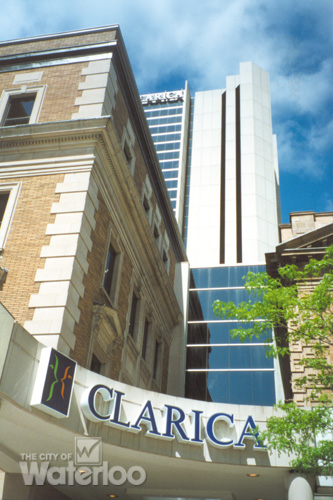 In October 2014 when Canada’s Governor General, David Johnston, CTT Inc.’s CEO, John Jung and Eindhoven’s Mayor van Gijzel participated in an Innovation Round table in the Hague, it elevated the status of the collaboration to senior Dutch officials from government and the monarchy. Shortly thereafter both Ambassadors visited the Waterloo Region to assess how the Alliance could be incorporated into the Royal Dutch Visit planned for May 2015. During the visit by King Willem Alexander and Queen Máxima, the Alliance received substantial media attention and raised community awareness by their majesties witnessing the re-signing of the agreement by Canada’s Technology Triangle, Brainport Eindhoven and the Region of Waterloo.

In September 2014, Barrday, a Cambridge, Ontario high tech company that manufactures innovative fiber reinforcements, prepregs & laminates, coating adhesives and core materials selected Brainport Region to address their growing customer base in Europe. They will start with 5 employees and have grown to 20.

In early 2015 both communities hired lead generators to identify companies on the cusp of international expansion that could be targeted for our respective locations. Each community identified target industries and developed a list of deliverables with their consultants. With generous Canadian government matching funding (ICCI), the three municipalities, the University of Waterloo and the Region of Waterloo contributed to identifying low hanging fruit in R&D collaboration and foreign direct investment opportunities in the southern Netherlands region. Since then five companies have visited (prospects) Waterloo region, two companies have landed in Waterloo Region and a list of leads have been generated for follow up - both virtually and through continuous missions.

A late-stage Waterloo Region startup, Clearpath Robotics, has benefited from this relationship by using the complementary softlanding possibilities at Eindhoven’s High Tech Campus, accessing mentorship and introductions to potential clients and research partners. By leveraging the regional relationship, Clearpath is able to assess market viability, build a sales channel and participate in trade shows, sales calls and research EU R&D funding programs. Paul van der Vorst of Clearpath has indicated that this has provided them with a highly valuable and cost effective trial period in Europe. He has also benefited from close connections with DFAIT and the Canadian Embassy in the Hague.

During 2015 missions both FDI organizations hosted promotional events in Eindhoven & Waterloo to large business and research audiences interested in learning about the benefits of the alliance and why both the Netherlands and Canada are ideal beachheads for EU and NAFTA.

Next: The Cross-Border Talent Agenda