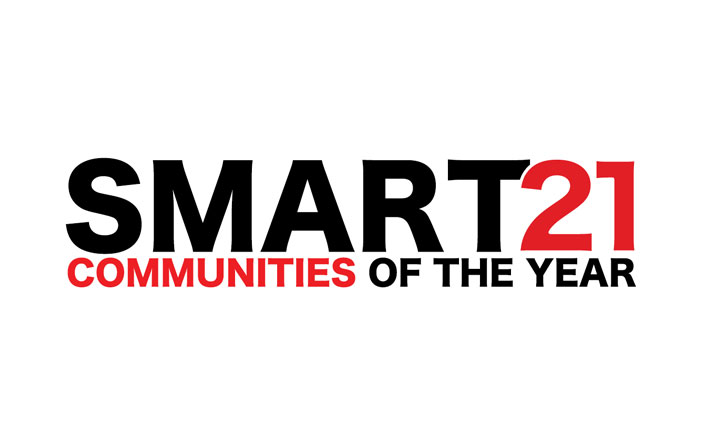 (27 October 2017 – New York City) – In a live ceremony in New York City and an online video, the Intelligent Community Forum (ICF) today named the world’s Smart21 Communities of 2018. Selection of this group of cities and counties begins the eight-month process through which ICF will name of them as its 2018 Intelligent Community of the Year. More than semi-finalists for an international award, the Smart21 represent the best models of economic, social and cultural development in the digital age, in the judgment of ICF and its team of independent analysts. The Intelligent Community of the Year will be named on June 7 during an Awards Dinner at the ICF Global Summit in London. (http://www.intelligentcommunity.org/summit_18)

The ICF’s Smart21 Communities of 2018, in alphabetical order:
"This year’s list contains more surprises than we have seen in a long time,” said ICF Co-Founder Louis Zacharilla. “Over half of them are Canadian communities that have been working on their programs for years and arrived on the list. We also see Taiwan and Australia continuing to embrace broadband and the ICF Method effectively. While these are diverse places, they all connect this year as places that take the humanization of data seriously. Data has no value unless it is put in the service of a better, more prosperous region, city or town."

The Smart21 Communities of 2018 include cities and counties from Canada, the United States, Taiwan, Australia, Finland and France. The announcement video may be viewed at https://www.youtube.com/watch?v=owwafUa3E_s. The video is available by request as a high-resolution download.

The 2018 Smart21 Communities were named at the conclusion of the 4th Annual Next Gen Tech Conference in New York City, produced by Silicon Harlem. The conference encouraged attendees to explore the untapped potential of urban markets such as Upper Manhattan and how these corridors inevitably will be reshaped by technology investments, educational advancements, policies, dynamic programs and other new opportunities. ICF Co-Founder Louis Zacharilla, who made the Smart21 announcement on behalf of ICF, also moderated a panel discussion featuring international leaders in the Intelligent Community movement. More information about the event can be found at  http://www.siliconharlem.net/event/4th-annual-next-gen-tech-conference/

The Smart21 are selected by ICF based on quantitative and qualitative data submitted to the Forum, which are evaluated by a group of Analysts led by former Cisco executive and Westchester County (New York) CIO, Dr. Norman Jacknis. The analysis is based on the six Intelligent Community Indicators, which provide the conceptual framework for understanding the factors that determine a community's competitiveness in economic, social and cultural terms. The 2018 Awards program focuses on the theme of Humanizing Data, which explores the intersection between big data and open data, and the impacts of a data-driven economy on communities. Click here for more information on the 2018 theme.