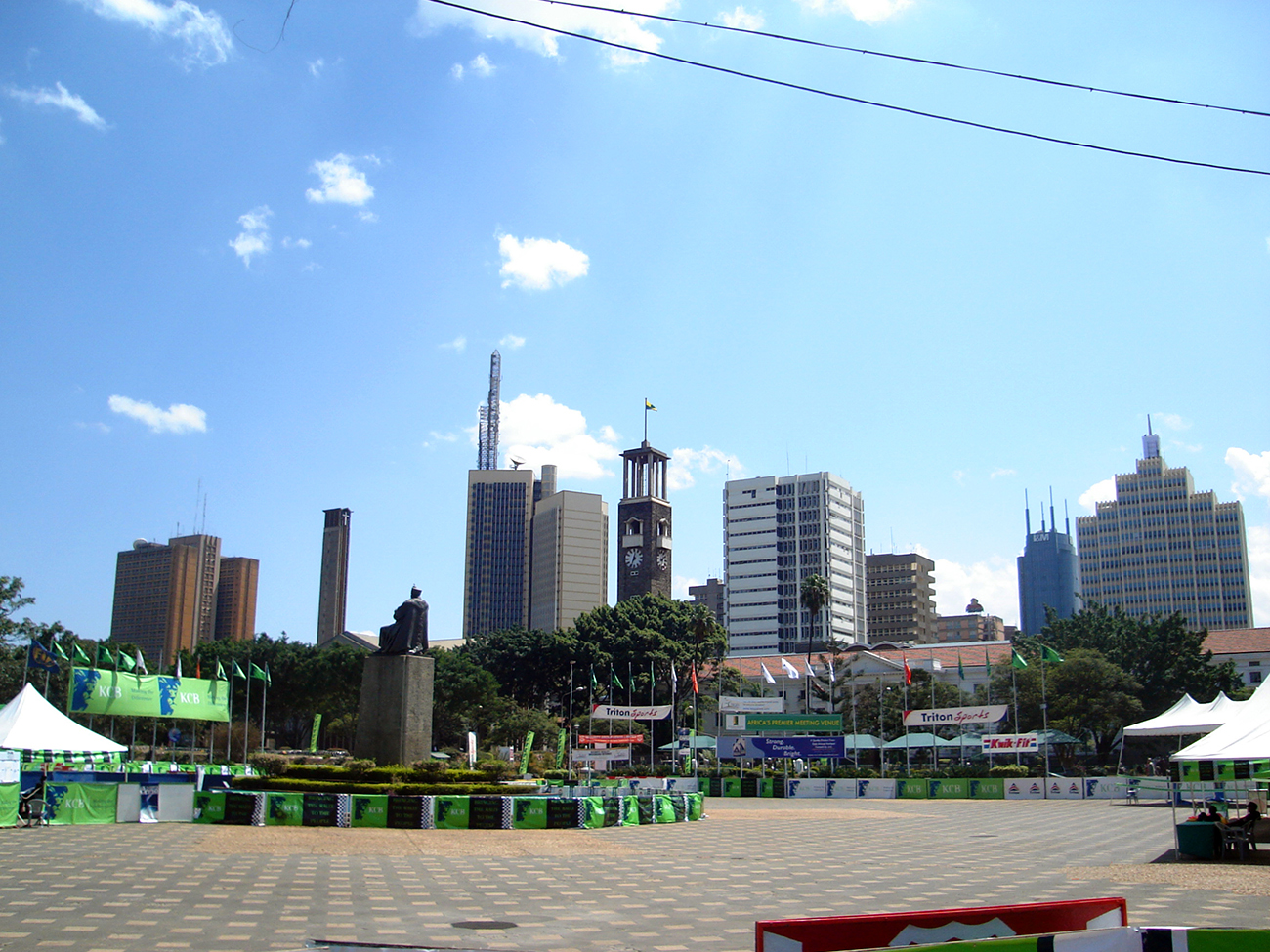 This municipal county of 4 million has been identified by A.T. Kearny as one of two sub-Saharan cities likely to achieve developed status within 20 years. If the prediction proves true, it will mark a sharp positive turn at the end of a very long road. After its independence in 1964, Kenya gradually declined into a kleptocracy committed to embezzling public funds for personal gain. Nairobi stood out as one of most corrupt cities in East Africa. In 2007, it represented 60% of Kenyan GDP and grew its economy 6%, while nearly two-thirds of its population lived in slums. A national movement for multi-party democracy began in the late 1980s and accelerated through two tumultuous decades to culminate in approval of a new constitution in 2012. By creating the foundation of civil society, it became one of several trends building a better future for Nairobi.

One trend was the liberalization of communications. In 1999, the country had only 300,000 landline phones and an infant mobile phone industry because the state-owned monopoly had served as a slush fund for government. The break-up of the monopoly early in the 21st Century opened the way for new entrants, among them a mobile phone operator called Safaricom.

The company introduced in 2007 a service called M-Pesa, which allows users to load money onto their phones – as they would prepaid airtime – and transfer it to another phone through a simple text message. It was introduced as a defensive measure to reduce subscriber churn. Today, it handles US$320 million in payments each month, equivalent to one-fourth of Kenya’s GDP, and is responsible for driving mobile phone penetration to nearly 70%. In the process, it has unleashed economic activity by introducing banking services to low-income citizens and spawned a host of start-ups in Nairobi. In 2012, Safaricom and the Commercial Bank of Africa introduced M-Shwari, a savings and lending program operating by phone. Within 2 years, it built a customer base of 7 million and facilitated $14 million in loans. Next on Safaricom’s agenda is construction of an inland fiber network linking to new submarine fiber landing in Mombasa.

The beginning of a modern market economy has permitted private-sector and public-sector progress to take hold. Kenya’s leading industrialist, Manilal Chandaria, has founded a business school and incubation center at Nairobi universities, which builds on the success of the iHub tech facility established in 2010. Microsoft has partnered with Intel and a school association to bundle devices, educational applications, affordable data plans and financing in Nairobi’s 4Afrika Youth Device Program. The national government’s Vision 2030 development plan has put major emphasis on introducing ICT into education. If present trends continue and gain greater momentum, Nairobi may achieve the coveted goal of developed status sooner than anyone expects.