Chicago, on the shores of Lake Michigan, is a global city of 2.7 million. It is the center of America’s third largest metro economy, which produces more than US$690 billion in gross regional product. But all big cities have big challenges. What distinguishes the successful ones is how they rise to those challenges. To build a better tomorrow for all its citizens, Chicago is focused on enlisting technology, education, engagement and demand for a better quality of life to open the doors of opportunity. Click here to read more about Chicago.

Danielle is CIO and Commissioner of the City of Chicago's Department of Innovation and Technology, where she is working to improve how residents interact with government by creating more responsive and accessible digital services. 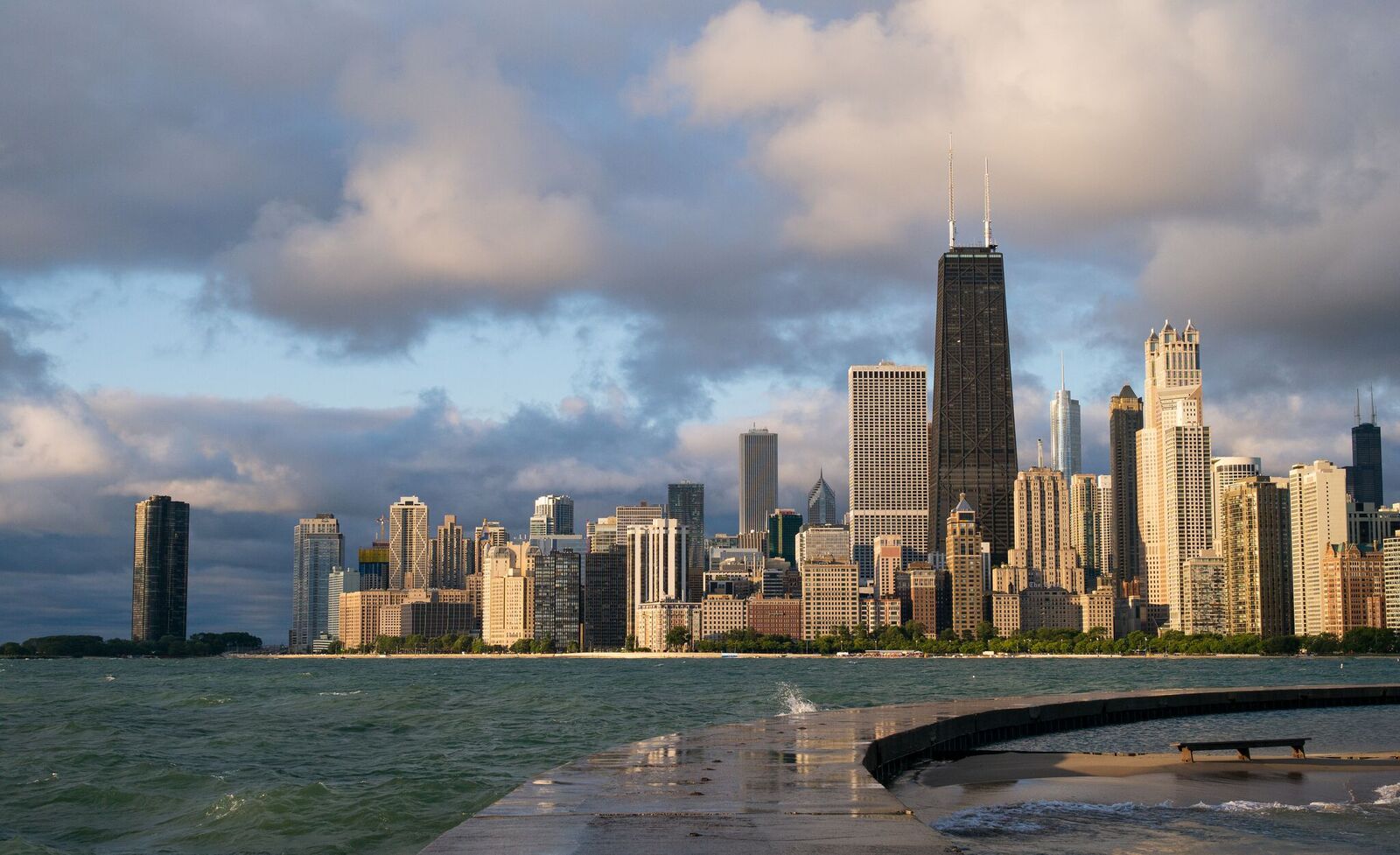 The distribution of those riches, however, is far from equal. A long and often bitter history has made Chicago the most racially segregated city in America. The unemployment rate for African-Americans was 16.2 percent in 2018, compared with 4.7 percent for whites, due partly to that segregation and partly to the disappearance of industrial jobs in factories and logistics companies. From 2000 to 2010, 181,000 black residents moved out of Chicago, mostly middle-class people who could afford to move, leaving behind their poorer neighbors. About 40 percent of black 20-to-24-year-olds were out of school and work in 2018, compared with 7 percent of whites of the same age.

Rising to the Challenge

All big cities have big challenges. What distinguishes the successful ones is how they rise to those challenges. To build a better tomorrow for all its citizens, Chicago is focused on enlisting technology, education, engagement and demand for a better quality of life to open the doors of opportunity.

Chicago’s economic might makes it a prime market for broadband providers. Nearly 20 companies, including America’s biggest names in telecommunications, operate there. A gigabit broadband price war broke out in 2016, when the incumbent AT&T began to face competition from Comcast and RCN to deliver gig services for only US$70 per month, and promises to spread higher levels of service at lower prices across the well-to-do neighborhoods of Chicago.

While the private sector competes for existing residential and business customers, however, the city has targeted the 28% of households with no Internet subscription, predominantly in poor neighborhoods, with two programs.

Connections in the Community and To Go

Connect Chicago is a donor-advised fund managed by the City Tech Collaborative in partnership with city government. Launched in 2012, it is a network of over 250 locations where residents can access the internet and receive digital training. Each year, it delivers more than 8.6 million hours of training per year at libraries, senior centers, community service centers and workforce and youth centers. In recent years, it has opened 49 new centers, upgraded broadband at existing ones and deployed 3,000 new computers. In 2018, City Tech Collaborative launched the Connect Chicago Innovation Program. Funded by companies including Microsoft, Comcast, Sprint, the Lenovo Foundation and the MacArthur Foundation, the program solicits applications from nonprofits for new ways to provide technology access, skills and engagement, and offers grants of up to US$50,000 to support pilots of selected projects.

The Chicago Public Library is making its own contribution to expanded access with the Internet to Go program. It lets patrons check out portable Wi-Fi hotspots for three-week periods to use at home, at work or on the go. The library system makes available nearly 1,000 of the portable hotspots at branches in communities with the lowest rates of broadband usage in the city.

Higher education has become the gateway to personal prosperity in the digital age. But low-income students face many barriers to completing education beyond high school, from finances to lack of understanding and support from families and friends who have no experience with higher education. To help lower these barriers, city government formed partnerships with colleges and universities in which the institutions committed to dedicating some of their scholarship funding to a program called Star.

Beginning in 2015, the Star Scholarship Program began offering graduates of the Chicago Public Schools a chance to attend the city’s colleges and universities at low or no cost. Students qualify by graduating from high school with a grade point average of 3.0 or higher (the third highest of four grading levels) and going through an application process. The scholarships cover all tuition, books and class material costs for up to three years or until the student receives an associate degree. As of February 2018, there were nearly three thousand Star Scholars enrolled at city colleges. More than half of the first 2015 cohort had either graduated or were enrolled with enough credits to be on track to complete their degrees in three years. That compares with a 22 percent average for community colleges in the United States and suggests that the city-college partnership is meeting a challenging goal: to give students who are the first in their families to attend college the support they need to succeed.

If Chicago is a laboratory for the cultivation of talent among those usually left behind, it is also setting itself up as a test-bed for innovation in the Internet of Things. In May 2018, Chicago installed its 100th node in what it calls the Array of Things. This is an urban sensing project made up of a network of interactive, modular sensor boxes that collect real-time, location-based data on the city’s environment, infrastructure and activity.

Data generated by the Array of Things is open, with the first batch released in May 2018. The goal is to give researchers, policymakers, developers and residents high-value information to make the city operate better and improve quality of life for citizens. Chicago is publishing data on its sensor nodes and data collection tools on an open-source basis, so that other cities can replicate them. Seattle is expected to be the second Array of Things city, and cities in Mexico, the Netherlands, the UK and across Asia have expressed interest.

The city introduced a Sustainable Chicago Action Agenda in 2012 to offer a vision for urban sustainability and a roadmap for residents and businesses to contribute to its achievement. Actions include rebuilding neighborhood playgrounds and parks, expanding access to recycling, improving non-automobile travel options from transit to biking, and encouraging sustainability-focused industries. The Greencorps Chicago Youth Program has provided summer jobs to over 2,000 high school students in such industries, and the first green manufacturing facility was approved for construction in 2018. Over 200 playgrounds have been rebuilt and nearly 20 community gardens have opened.

With each change at the neighborhood level, quality of life improves for residents. Another improvement comes with the city’s project to modernize its 311 non-emergency communication system. Before launching the project, Chicago convened community focus groups to learn what residents most wanted from a revamped 312 platform. From nearly 200 individuals, it learned that residents want transparency and accountability on service requests, timely response, clear and understandable language instead of “City-speak,” and choices of how they connect with 311. Implementation of the resulting design for Open311 began in 2018 with a goal of completion in early 2019.

Problems created over the generations take generations to resolve. Chicago has accepted the challenge, and is using technology, guided by a clear understanding of what its least-regarded citizens need most, to build a future of greater promise for all.