Today, the countryside is under severe and rising pressure 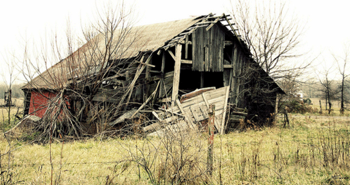 If you live in a rural area, you may feel the pressure yourself.  The share of the population living the rural life is shrinking as large cities grow.  That reduces opportunities for education and employment, forcing the brightest young adults to leave town in order to make a living.  When that cycle gets started, the tax base shrinks, which leads schools to consolidate, stores to close and cultural activities to fade away, just as more people need costly social services to stay afloat.

Maybe you live in a rural community that has bucked the trend. Lots of them have.  It has  scenery or culture or activities that bring in tourists.  It has held onto a local manufacturing base or exploited geography to become a warehouse and logistics hub.  It is holding the line.  But is it building a prosperous future?

And then, there are rural places where the future looks bright

If you live there, you are part of dynamic economy and progressive community.  Forward-looking local businesses find global markets for their products and services.  Education thrives and graduates have the chance to build a life in the place they love.  Workers and employers pursue cutting-edge innovation while enjoying a quality of life your urban peers can only envy.

These are communities using broadband and information technology to eliminate distance as a barrier and make digital networks take the place of the physical proximity that urban areas provide.  They are no longer “in the middle of nowhere.”

They make up the New Connected Countryside®, and they have lessons to share with rural cities and towns around the world.  We need your help to get those lessons to the places that need them the most.

The Intelligent Community Forum (ICF) today announced the launch of a crowd-funding campaign for its New Connected Countryside project. The campaign can be found on Indiegogo and at www.connectedcountryside.com) and will be active until November 30.