Ipswich leads the world in intelligence

IPSWICH has made history to make the top seven intelligent communities in the world list twice.

PROMOTE it and they will come.

That is the message coming through loud and clear from Tourism Research Australia's national visitor survey for the 12 months to September of 2016, which has seen a 23% increase in domestic overnight visitors to Ipswich.

IPSWICH residents have donated more than $225,000 to 181 local Go Fund Me campaigns since the site started operating seven years ago.

Go Fund Me takes 6.75% from each donation, meaning the organisation has collected at least $15,000 from Ipswich campaigns since 2010.

Self-driving and smart vehicles will be tested on south-east Queensland roads in the largest trial of the emerging technologies in Australia.

The State Government has chosen Ipswich, west of Brisbane, as the test site where 500 motorists will be recruited for the project.

The $1.5 billion expansion of Australia’s largest air force base at Amberley near Ipswich has triggered a local property boom with a new $350 million masterplanned community set to capitalise on the nearly 2,000 new base staff and their families moving to the area.

On completion the Waterlea community will comprise of 1,500 homes across eight neighbourhood pockets with a population of about 4,500. Each community pocket will be connected by parks, hiking and bike trails, with community areas for concerts and vast green spaces all available for residents to enjoy.

More and more of us are switching to LED bulbs in our homes - now a Queensland research team led by QUT scientists wants Australia's street lights to be switched over to LEDs.

A 12-month LED street lighting trial in Brisbane, Ipswich and Townsville has just wrapped up, with great results for the environment and the public purse.

IPSWICH has been named the state's leader in innovation and technology.

The city's commitment to fostering new start-ups through the Firestation 101 innovation hub has also put us in the box seat to win a significant amount of funding.

A similar strategy has driven 3G and 4G mobile deployment. Governments combined to conduct independent testing of availability throughout the region, which sent testing vehicles across more than 2,300 kilometers of roads. The effort paid off by letting governments bring objective data to their negotiations with carriers about where towers should go to provide the broadest possible coverage. But Ipswich has been as ready to partner with the private sector as to pressure it. Acting as intermediary, Ipswich has coordinated between property developers and NBN to direct NBN investment in conduit to areas where property developers or the city are launching construction, which saves all parties time and money. The Ipswich City Council has simultaneously worked to raise awareness of the NBN deployment within the community by facilitating community education sessions, providing presentations to city stakeholder groups about the benefits and adding NBN construction impacts and rollout timings to Council e-newsletters, social media posts and advertisements. The city’s awareness campaign has already produced results with NBN’s latest report estimating that 51% of premises in Ipswich with NBN fiber connection have opted for the service, well over the state and national averages.

Ipswich faces an unusual growth situation, having both the fastest growing population in Queensland and the youngest on average. This has put pressure on the City Council to ensure many new jobs are available when its young citizens join the workforce. Enter Fire Station 101.

Fire Station 101 is a hub for startups and innovators that provides education, mentoring and even potential funding. The hub has been open since March 2016 as a place where entrepreneurs come to build new ideas around digital technology. By raising the profile of entrepreneurship and innovation in the community, Ipswich aims to foster economic diversification while developing a skilled, knowledge-based workforce and jobs.

And it’s working. Fire Station 101 gained 50 member startups in its first six months of operation and has hosted over 150 startups, entrepreneurs, and small businesses as of 2017.

In 2016, the hub began serving as home to Ipswich’s Application Studio. The Application Studio is a formal framework for city service experts, open data analysts, and innovators to collaborate in developing new city services and projects. In its first year, the program has brought in over $190,000 in new public-private funding of projects by the Ipswich City Council, the Queensland State Government, Ipswich and West Moreton Hospital, the University of Southern Queensland, Queensland Urban Utilities and Motor Trade Association Queensland. Due to this success, the Queensland State Government has allocated a further $500,000 for a new Application Studio initiative to build a schools-focused entrepreneurial program and a variety of accelerator programs.

Building on its first twenty-year plan, the Ipswich City Council has created the Smart City Program. The program has adopted a human-centered design approach, focusing on the needs of citizens, local entrepreneurs, city workers and even tourists. The Smart City Program has three core goals: jobs, growth, and livability for Ipswich.

To meet the goal of jobs, the Council has extended Fire Station 101’s mandate to researching civic challenges in partnership with local industry and universities. Ipswich has also created a Digital Skills Initiative for all Ipswich residents, working with schools and adults in the community. The Digital Skills Initiative includes a wide range of digital skill and technology demonstration classes with many delivered for free in the city’s libraries and innovation hubs. Finally, the Council hosts the Build and Learn Fair, an event that encourages residents and visitors to build and showcase creations like robots and wood works. This event aims to give residents a hands-on experience of the new possibilities available in the Ipswich jobs market.

The City Council has adopted multiple green initiatives to help Ipswich sustain its current and future growth. These initiatives include Eco-Village Micro, a grid program with solar energy, batteries and energy trading technologies currently in development, and also a smart lighting program for the city with LEDs, sensors and data analytics for maximum efficiency. The Council is investigating converting some of its fleet to electric vehicles and is in the trials phase of autonomous public transport for the city.

As part of the Smart City Program, Ipswich has partnered with the Department of Transport and Main Roads to run the Cooperative and Automated Vehicle Initiative (CAVI), Australia’s largest cooperative intelligent transport system program. The initiative focuses on analyzing the safety and benefits of cooperative vehicles, publicly demonstrating the technology to increase awareness and adoption and increasing technological readiness for new vehicle innovations. CAVI’s eventual aim is to facilitate a dedicated study and trial of autonomous electric vehicles for public transport through partnerships between the public and private sector.

To enhance the livability of Ipswich as a city, the Council has adopted the Safe Precinct initiative: leveraging its city network to create a safe precinct via video analytics, smart lighting and noise detection. The Council has also helped to develop a healthy living lab with wearables and other technologies designed to capture real-time data about the health and activity of residents in order to better meet their needs. Perhaps most importantly of all, the Ipswich City Council has created new platforms for delivering its services online, making it easier for citizens to learn about and utilize all the city has to offer.

Beginning in 2015, Ipswich commenced a major redevelopment of its city center, where digital technologies will be used to attract commercial and residential tenants and to improve public safety through video monitoring, license plate and facial recognition software. Green standards will make the city center one of the most sustainable in Australia. When it is completed in 2031, it will mark the emergence of one of the nation’s model cities.

In the News
Read the latest updates about Ipswich. 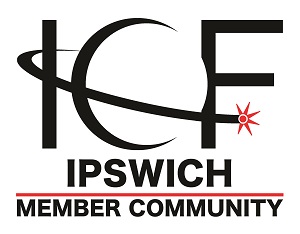