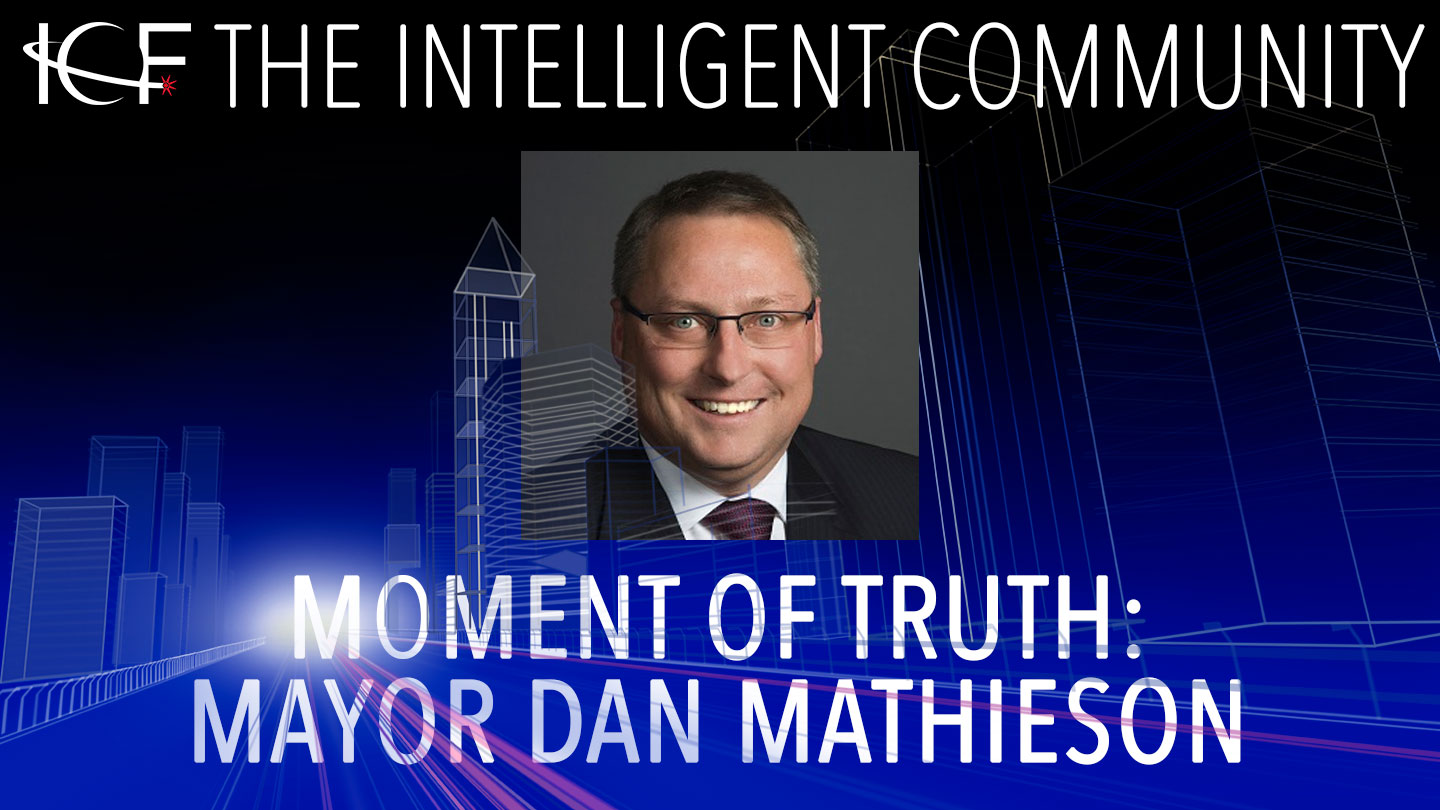 Coming January 24 is an interview with Stratford, Ontario Mayor Dan Mathieson. Mayor Mathieson is in his fifth term as Mayor and has sat on municipal council since 1995. During his tenure Dan has been a member on numerous boards and committees in healthcare, municipal affairs, law enforcement, athletics, not-for-profits, universities and colleges.

He is currently Chair of the Ontario Municipal Property Assessment Corporation (MPAC), Chair of Kings University College at Western University, Chair of the Stratford Police Services Board, a member of the Board of Directors of Festival Hydro and Rhyzome Networks, the Stratford Festival, and the Advisory Board of the University of Waterloo-Stratford Campus. Dan is also a Governor on the Board of i-Canada and is on the Advisory Board for Walsh University - Institute for the Study of the Intelligent Community.

Moment of Truth: Amirzai Sangin (Parts 1 & 2) - Former Minister of Telecommunications & IT of Afghanistan

In his new book, Me and Telecommunications, Mr. Sangin, who before 9/11 had been living outside of Afghanistan (courtesy of the Taliban) and is once again in 2021 living outside it, has chronicled his life and the struggles of his nation. He played a key role in that nation’s advances, having returned in 2002 to build a telecommunications infrastructure that connected the nation, enabled rare democratic elections and made it so that women and kids could surf the Web and learn about the world around them. He also made it possible for every Afghanistan resident to have a cell phone (there are multiple carriers today in Afghanistan) and ended forever the embarrassing situation which found Afghans having to go to Pakistan to make a phone call!

Economic developers from municipalities and counties discuss the changing nature of investment attraction, business stimulation and support, and the collaboration with other agencies and sectors needed to develop the economy of an Intelligent Community in a world being restructured by digital technologies. Moderated by John Jung, Co-Founder, ICF.

The Moment of Truth: Syd Kitson

Syd Kitson is Chairman and CEO of Kitson & Partners, a Florida-based real estate company specializing in the creation and development of master-planned communities and commercial properties.

The “Moment of Truth” for Intelligent Communities

What do Intelligent Communities know that others do not? The Answer: Epistemic Humility.

The Moment of Truth: Peter Torrellas

Peter Torrellas is the vice president and partner for Digital Cities and Infrastructure at Siemens Advanta, the digital transformation consultancy and professional services arm of the global technology powerhouse. In this role, he leads a team of diverse innovators and visionaries in consulting,  professional services, solutions, and software development to enable the vision of our public and private sector clients on their digital journeys.

In this episode of The Intelligent Community, ICF Co-Founder Lou Zacharilla speaks with Dublin, Ohio CIO Doug McCollough about how social media can be used not only to communicate with citizens, but to measure sentiment and learn about current demeanor in your communities.

Podcast - Leadership in a Time of Crisis

In this special episode of The Intelligent Community, ICF Co-Founder Robert Bell speaks with Hamilton Mayor Fred Eisenberger about leadership throughout the COVID-19 pandemic.