Ericsson believes cities need to rethink existing structures to fully grasp the potential of ICT to make sure that ‘smart’ is also sustainable.

London continues to be one of the world’s most ICT-mature cities, missing out only to Stockholm, a new study finds. 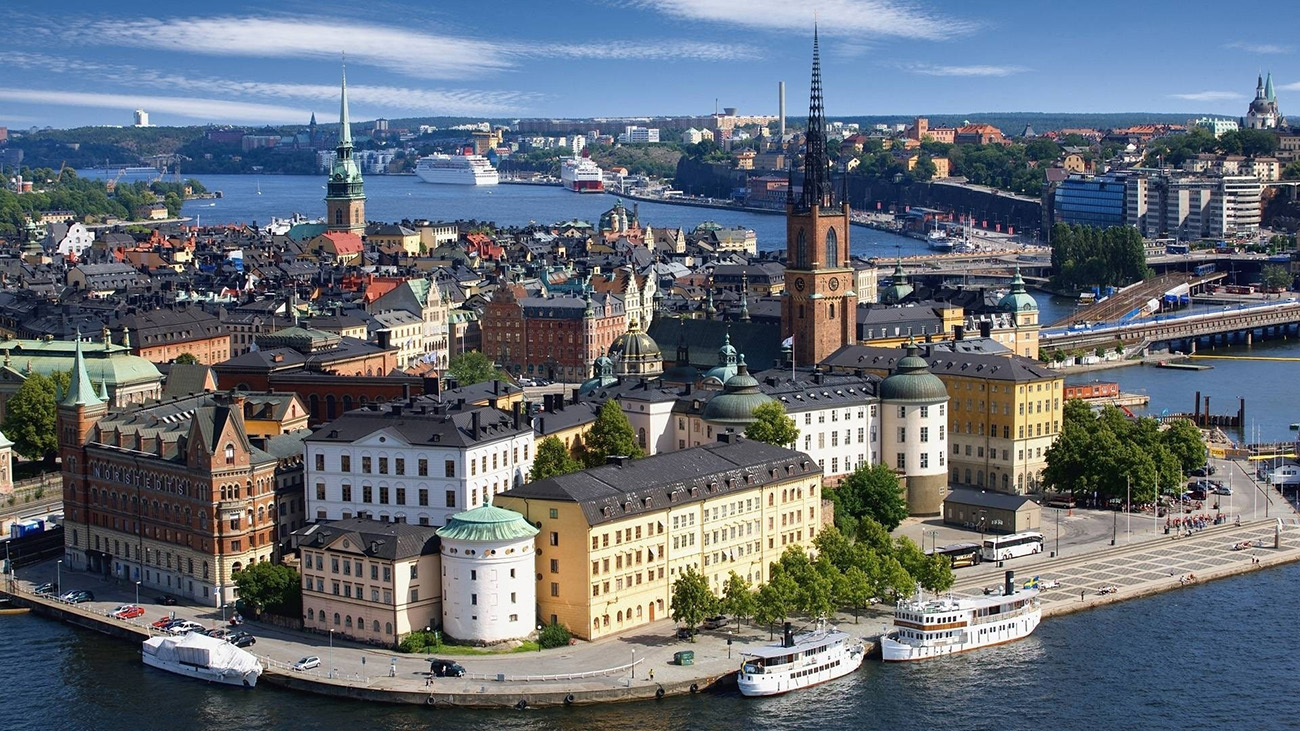 The city of Stockholm stands on fourteen islands on Sweden's south-central east coast. According to legend, the city's name tells you how it was born: as a fortress made of logs ("stock") on an island (“holm”) guarding the entrance to lake Mälaren. Stockholm has been Sweden´s political, cultural and economic center since the 1200s.

Sweden has charted its own economic and political course throughout the 20th Century. Stockholm was spared the destruction of two world wars and saw its economy boom in the post-war years, when Sweden instituted very high levels of social spending that consumed almost 50% of GDP in taxes. The bursting of a real estate bubble in the early Nineties caused a severe economic crisis, in which employment fell 10% and a run on the currency forced the Central Bank to briefly raise interest rates as high as 500% in an unsuccessful effort to defend a fixed exchange rate. In 1994, with a budget deficit exceeding 15% of GDP, the national government instituted multiple reforms and slashed spending to put its financial house in order. The result was to strike a new and apparently sustainable balance between cradle-to-grave social benefits for citizens and strong economic growth based on knowledge, creativity and innovation.

One out of every eleven Swedes lives in Stockholm, and in the first decade of the new century, their city has continued to find way to make "big" work better. The economy benefits enormously from Stockholm's status as the political and cultural capital. Most of the country's head offices and one in three foreign-owned companies are located there. Nearly one in three new Swedish companies is located in the county of which Stockholm is the capital. Education levels are high (51% of Stockholmers have studied at university levels compared with 35% nationwide) and average salaries are proportionally higher. By law, Swedish cities must deal with everything from childcare to the burial of a person, though in practice, much of the work is outsourced to private companies. The City of Stockholm is one of Sweden's biggest employers, with 42,000 employees (one for every 19 citizens) and a budget of 37.4 billion kronor (3.9bn Euros or US$4.6bn). Its efficiency and effectiveness inevitably go a long way toward determining the economic competitiveness of the city.

During the early Nineties crisis, the City of Stockholm decided to pursue an unusual model in telecommunications. The city-owned company Stokab started in 1994 to build a fiber-optic network throughout the municipality as a level playing field for all operators. Stokab dug up the streets once to install conduit and run fiber, closed them up, and began offering dark fiber capacity to carriers for less than it would cost them to install it themselves. Today, the 1.2 million kilometer (720,000-mile) network has more than 90 operators and 450 enterprises as primary customers and is now in the final year of a three-year project to bring fiber to 100% of public housing, which is expected to add 95,000 households to the network. Stockholm's Mayor has set a goal of connecting 90% of all households to fiber by 2012.

As an information utility, the Stokab network has become an engine for driving efficiency in every aspect of government. The City's Web site hosts a huge range of applications through which citizens can request and receive service online, from applying for social housing for the elderly to a schools portal that facilitates collaboration among students, teachers, school administrators and parents or guardians. Over 95% of renters use the housing department's portal to find apartments, and the library portal provides online access to the content of 44 individual libraries. After pilot projects in 2005, the city has also instituted a contact center to handle inquiries and complaints from offline citizens and to support users of e-services. There is a special telephone line for the elderly to call.

Much of the efficiency gain happens inside the walls of government offices. Stockholm uses a Web-based tool to manage its operations at all levels from the Municipal Assembly to schools and housing for the elderly. The system aims to automate routine administrative tasks, such as accounts payable and applying for vacation time, and encourage collaboration across agencies. Citizens can follow City Council meetings through Internet video, Internet radio and broadcast radio, as well as having online access to the minutes and documents of each meeting. The city is investing about 650 million kronor (59m Euros or US$72.2m) in developing the various services and in using IT to reduce operating costs and improve citizen services. To prevent redundant investments, Stockholm has introduced a coordination program through which agencies apply for funding for e-service projects from a central office.

In 2007, the City of Stockholm published Vision 2030, identifying the key characteristics the city aimed to have by that year. In 2030, according to the plan, Stockholm would be a world-class metropolis offering a rich urban living experience, the center of an internationally competitive innovation region, and a place where citizens enjoyed a broad range of high-quality, cost-effective social services. All employees of the city receive online training three times per year on the goals of the program and the changing nature of their responsibilities. The city also uses Web-based tools to track progress toward its goals and publishes good examples on the city-wide intranet to inspire others.

For over a century, Sweden has been an export economy. Timber, iron ore and hydropower remain important exports but 50% of Sweden's output now comes from its engineering sector, including telecom, automobiles and pharmaceuticals. These are the industries in which Stockholm leads. The big pharmaceutical company AstraZenica manages its global life sciences research in the Stockholm region. ABB, a global leader in automation and robotics, has R&D facilities in nearby Vasteras (a 2006 Smart21 Community). Ericsson, one of the biggest names in network equipment and related services, does most of its R&D in Stockholm's Kista Science City.

Kista got its start in the mid-Seventies as a mixed-use satellite city combining workplaces and apartments. Several companies including Ericsson and IBM placed factories or facilities there, and small to mid-size companies began locating there to gain access to them. In 1985, the City of Stockholm decided that Kista needed more active management and brought together stakeholders, companies and universities in a non-profit foundation to encourage knowledge transfer. This motivated several research institutes to start operations there, including a branch of the Royal Institute of Technology and the computer-science school of the University of Stockholm. As the ICT cluster gained momentum, Stockholm created the Kista Science City Company and the Stockholm Innovation and Growth (STING) incubator. Today, about 31,000 people work in Kista Science City, which houses 1,400 different companies of all sizes. WIRED Magazine, in a review of technology clusters around the world, ranked Kista second, beaten only by Silicon Valley.

In addition to Kista, Stockholm economic development efforts focus on its life sciences cluster, ranked third in Europe, and on its clean tech industry, consisting of 2,700 companies with annual export growth of 16%.

City government is a significant customer for clean tech, currently investing 1.7 billion kronor (160m Euros or US$207m) in energy-efficiency equipment. This has been characteristic of Stockholm since the mid-1990s. City government believes in making big investments of money, resources and time in the economy and society without neglecting the need to make sure that "big" continues to get better. On February 23, 2009 the City of Stockholm was appointed the first Green Capital of Europe by the European Commission. Stockholm was appointed for its holistic vision that combines growth with sustainable development and includes the ambitious target of becoming independent of fossil fuels by 2050.

In the News
Read the latest updates about Stockholm. 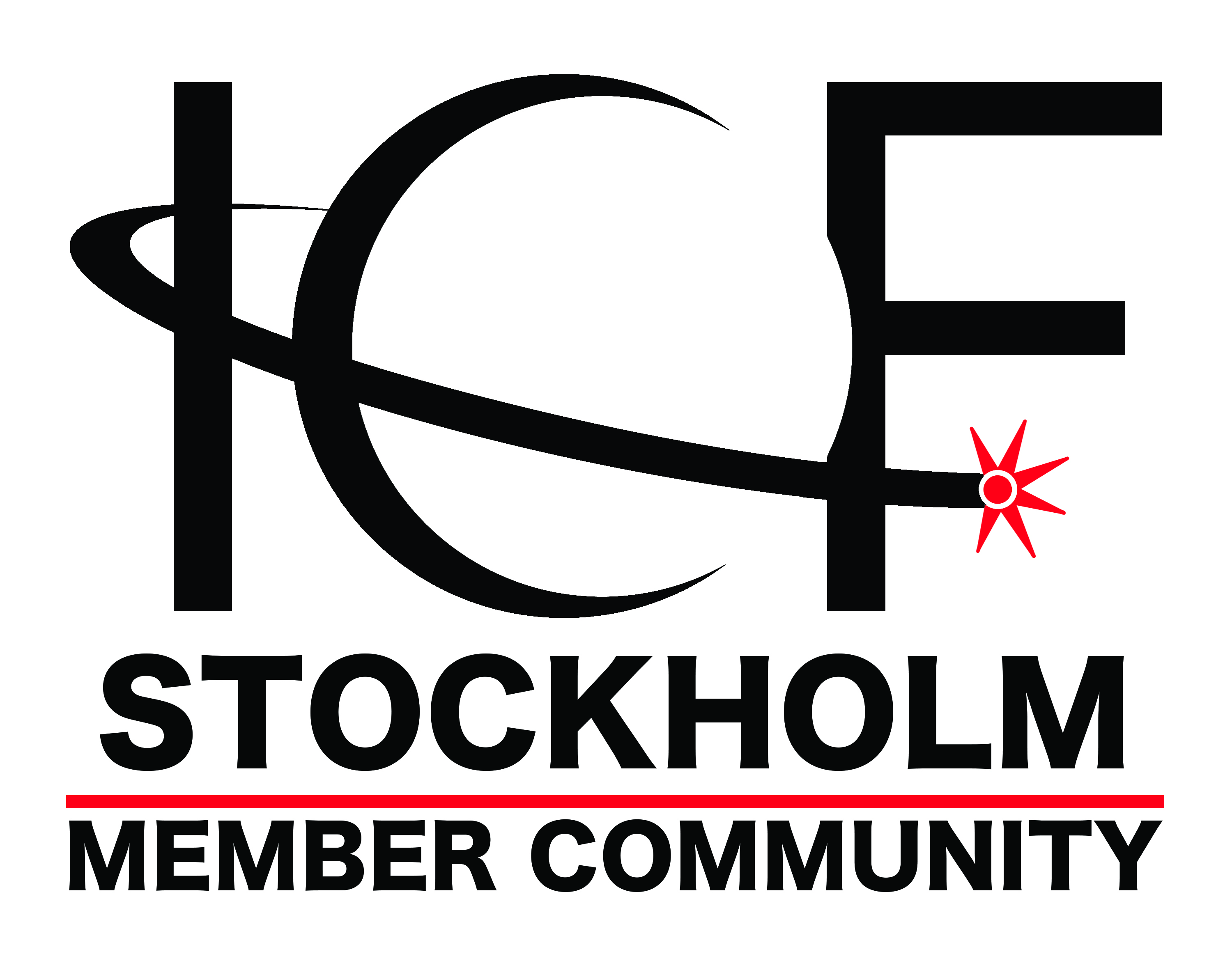 Intelligent Community of the Year 2009

Stockholm hosts the 21st Annual Global Forum and a theme "Shaping a Digital Future", which is the expertise offered by John Jung and the Intelligent Community Forum

Stockholm, Sweden Global Forum – November 11, 2012 – The Intelligent Community Forum (ICF) studies the world’s cities to discover and then share the strategies used to create an Intelligent Community able to cope with the connected Broadband economy. Jung will discuss the platforms communities can use to increase innovation and grow their local economy. Jung travels the globe outlining the steps needed to future-proof a community and those steps lead to significant economic benefits. “Innovation is one of the main building blocks for any community that wants to expand its economy and is one of the techniques we have seen used over and over in successful communities around the world,” says Jung.