As the Sunshine Coast’s reputation as the nation’s hotspot for innovation continues to grow, its local government has set a new benchmark for community engagement on planning and development matters with the launch of Development.i.

What’s believed to be the first council in Australia to allow ratepayers to track development applications on their mobile, Sunshine Coast says it also hopes to achieve efficiencies and operational savings through the tool.

GOT a sewing machine, a smartphone and a paintbrush? Then you might be Queensland's next rising fashion business.

The industry of micro-makers has exploded in the state thanks to the creative brains of young women who know their way around an Instagram handle.

There are success stories across Queensland. Cult earring makers like Kenzie Collective and designers like Jericho Road Clothing have built their brands on the back of social media.

Sun Central CEO John Knaggs has today confirmed to Brisbane Times that the company had met with Google Australia about basing its headquarters in the new Maroochydore CBD.

It comes after the NSW Government knocked back the internet giant's new technology hub at Redfern, Sydney.

There is something about Rachel Downie’s voice that suggests she is going to make a difference in the vexed and troubled area of school bullying.

Ms Downie has been a teacher, a head of school and a deputy principal in a 23-year career in education.

She is the mother of two adult daughters.

On Trend data compiled by Conus economist Pete Faulkner shows unemployment on the Sunshine Coast is down to 5 per cent - the level now accepted as full employment, while the jobless figure for Greater Brisbane sits at 5.4 per cent. 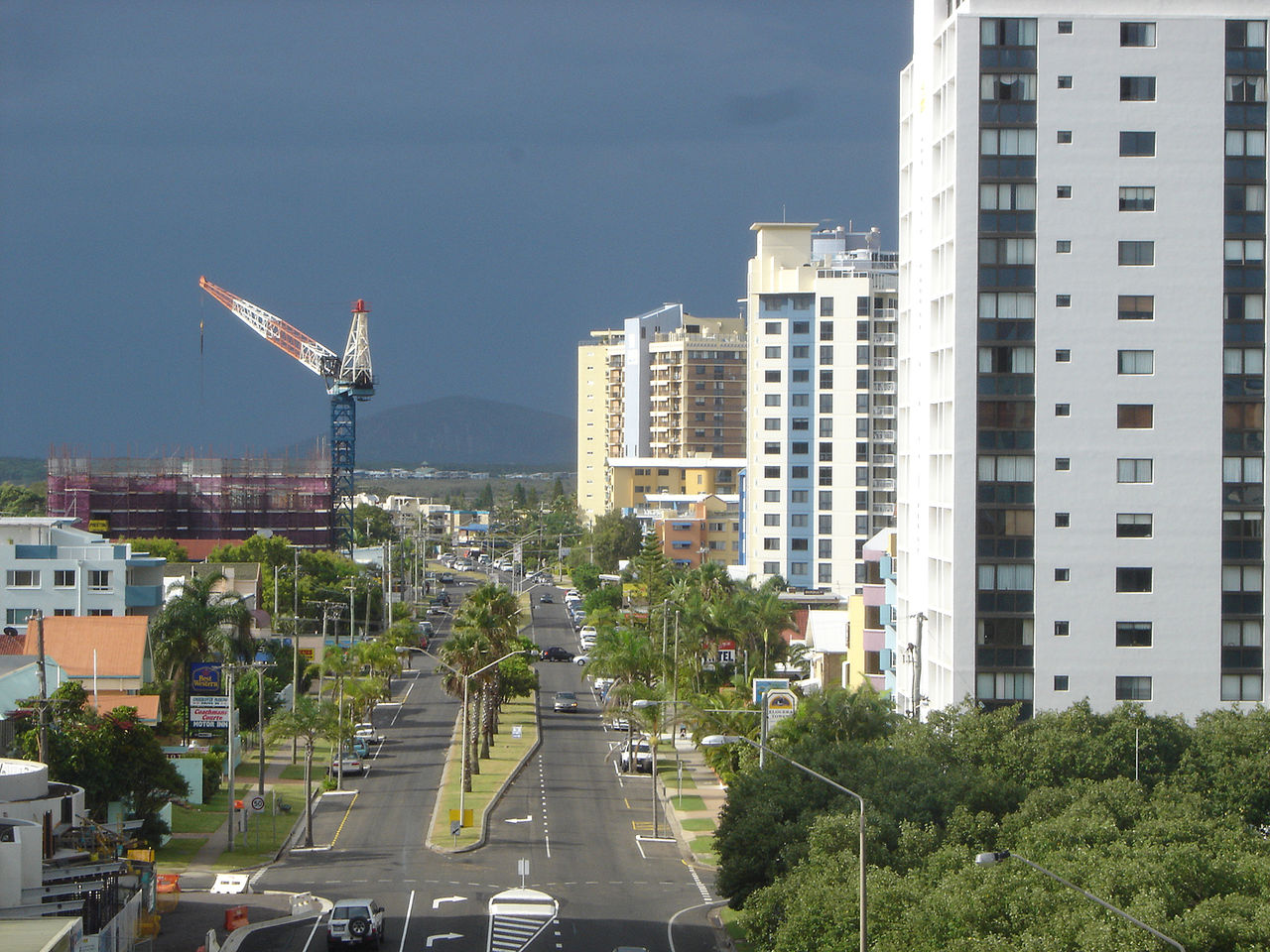 The Sunshine Coast is a metropolitan area that spreads across 2,291 square kilometers of Australia’s coastline about 100 kilometers north of Brisbane. A sub-tropical paradise of beautiful beaches and scenic mountains, the Coast has experienced boom times and almost doubled its population since the 1980s from tourism and retirement relocation, which drove the growth of construction and retailing. But the ebbing of the commodities boom that fueled Australia’s economy has revealed the fragility of the local economy. Population growth has slowed to below the state average and demand for tourist accommodation has fallen year after year, creating an above-average unemployment rate that hits particularly hard on youth.

To help its population overcome these economic challenges, the Sunshine Coast government introduced the “Speed It Up” campaign. The campaign is designed to spread knowledge of the benefits of high-speed Internet access as well as how to obtain it. As part of the campaign, Digital Sunshine Coast has partnered with a variety of telecommunications providers in the area to display coverage maps of business grade broadband availability on its website (digitalsunshinecoast.com.au). The site also provides a free Wi-Fi Locations tool for residents to find sites with public Internet access. Finally, the Digital Sunshine Coast website includes as Want Faster Internet page with a short survey that residents can take to tell the government more about their Internet needs. The website is experiencing an average of 1000 page views per month as of 2016, with hundreds of submissions on the Speed It Up and Want Faster Internet pages. The city council is using the data gathered to negotiate better coverage areas with local telecommunications providers.

Based on the data gathered by the Speed It Up campaign, the city has installed 178 free public Wi-Fi access points throughout the city with a further 187 access points to be finished before the end of 2018. With the new Wi-Fi availability, the Sunshine Coast has set up beacons to provide localized information for the community and visitors, including guided walks and art sculpture and restaurant locations. The free Sunshine Coast Council app allows anyone connected to the public Wi-Fi to access this information as well as pre-order food and drinks at the stadium, book restaurants and obtain event guides. The Council has also developed a disaster hub that may be accessed through the app or via the web to provide safety information, important warnings and breaking news in the event of a local emergency.

Beginning in 2020, the Sunshine Coast will deliver the fastest telecommunications connection to Asia from Australia's east coast and the second fastest to the US through a new 550km submarine optic fibre cable which will connect to the 9600km Japan-Guam-Australia submarine cable. Construction of a cable landing station also began in February 2019 and is due to be completed by the end of June 2019.

As of 2016, the Sunshine Coast has lowered its youth unemployment rate to only 5.4% with a series of programs and initiatives. The city held its first ever Job Show in August 2015, showcasing current and upcoming job vacancies throughout the Sunshine Coast. More than 2000 people participated in the Job Show, including 62 of the Sunshine Coast’s largest public and private sector employers. The Show also featured workshops by industry professionals to educated job seekers about the knowledge and skills they will need to enter those industries.

The Sunshine coast hosted the Future Careers+ 2025 Expo in August 2016 and again in May 2017, providing a wealth of information on careers in technology and innovation as well as the education pathways required for them. More than 60 exhibitors showcased products and prototypes at the expo with 1,600 students, parents and educators attending. After the expo, the Future Careers content was serialized in magazine form and distributed to 60,000 homes in the city.

The city also hosted hosted its first CoderDojo in June of 2014. CoderDojo is a global collaboration that provides free learning to young people, particularly in the area of programming technology. The Sunshine Coast CoderDojo covers a wide variety of topics including basic web, app, and game development. While the first CoderDojo was held at the Institute of Professional Learning, in subsequent years the program has been expanded to three Sunshine Coast libraries due to its popularity.

In addition to training programs, the Sunshine Coast has offered a series of innovation-focused programs over the past several years. These programs include the Mayor’s Telestra Technology Awards, the Startup Weekend for Youth, and the Generation Innovation Challenge. All three programs feature youth entrepreneurs with innovative ideas, providing a platform for students to share their ideas with potential employers across the Sunshine Coast. The Y Shop program is a similar project aimed to help young entrepreneurs create their own businesses. The program offers a series of workshops by local business professionals at many of the cities libraries.

Between 2014 and 2016, the Sunshine Coast has grown from having only one innovation center and public co-working space to seven co-working spaces, a new business incubator and five coding programs. The city council has taken a leading role in digital engagement to make this possible, including setting up the Entrepreneurship Ecosystem mapping project to coordinate and grow the local network of co-working spaces and programs. The map shows budding entrepreneurs where they can find support and resources from the government and business community as they start their businesses and provides an easy way for businesses to communicate and collaborate throughout the region.

The Sunshine Coast Innovation Centre, established in 2002 as a wholly owned subsidiary of the University of the Sunshine Coast, serves as central hub for startups in the city with dedicated facilities, a prototyping lab, powerful online platforms, grants and seed funding connections and readily available mentors for new startup companies. Over 40 businesses are located at the Innovation Centre as of 2017, and more than 160 have graduated from startup incubator and accelerator programs since the center’s establishment with 89% still operating successfully.

The Sunshine Coast Council has also served as an advocate and facilitator for the Smart City Living Lab and Smart Centre, which is a public shop front in the city. The area serves as a testing ground for Smart City technologies to enhance community education and stimulate ideas on adaptation and growth. The government has provided free Wi-Fi in 82 public areas as part of this effort to help gather data on movements and usage.

The 15 megawatt Sunshine Coast Solar Farm was completed in 2017, making the Sunshine Coast Council Australia’s first local government to offset 100% of its electricity consumption across all of its facilities and operations with green energy. These facilities include administration buildings, swimming pools, performance venues, community centers, libraries, and recreation facilities throughout the city. The Sunshine Coast Solar Farm is the only city-council-owned solar farm in Queensland and the first grid-connected, utility-scale facility of its kind in Australia. The solar farm is expected to save the city approximately $22 million over the next 30 years due to the council’s lower electricity costs.