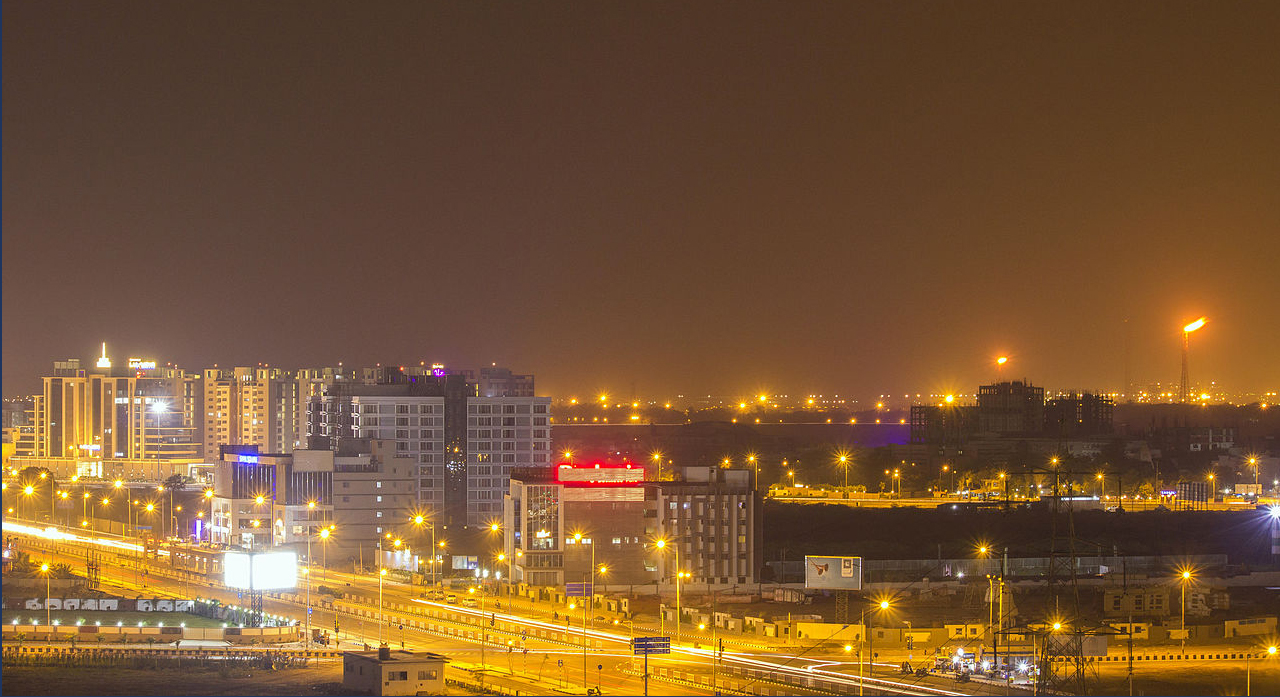 Surat is nicknamed the Diamond City of India for its famous diamond cutting and polishing industry, founded in the late 1950s. With its location on the Tapi River, Surat has been a major port city at several points in Indian history, including serving as the nation’s emporium for gold and cloth exports, as well as shipbuilding and textile manufacturing in the late 1600s and early 1700s. The early 19th century saw a sharp decline in the city’s prosperity with a stagnant economy and population dropping to around 80,000 inhabitants. India’s railways opening changed all that, reviving Surat as a hub for textile and mineral production and refinement. And over the past twenty years, the city has taken steps to ensure continued prosperity in the modern world as an Intelligent Community.

With its economy so traditionally dependent on land and river shipping lanes, Surat aims to expand its local business portfolio by helping entrepreneurs get off the ground. To meet this goal, the SuratSmartcity corporation created a not-for-profit company called SURATi iLAB, which stands for SURAT ideas & innovation LAB. The lab aims to provide a place for aspiring entrepreneurs in Surat and the surrounding region to connect to peers, build partnerships, obtain necessary training and foster a culture of innovation and research. As of 2018, SURATi iLAB has begun building an incubator with space for up to 120 entrepreneurs to work and meet. While construction is underway, the company has formed partnerships with leading regional organizations, including academic, trade and industry associations, R&D training institutes, startup accelerators, angel investor groups and philanthropic foundations to provide necessary services to nurture a budding startup ecosystem. SURATi iLAB has also gathered a large and growing group of experts to serve as mentors for entrepreneurs in the incubator upon its completion.

In August of 2013, the Surat Municipal Corporation launched its Citizen Central Mobile App. The app offers information and services for citizens, including the ability to pay taxes and utility bills online, obtain birth and death certificates, learn more about elected officials and administrative offices and register grievances with the proper offices. The Citizen Central Mobile App has seen 3 million downloads since its creation with over 20% of total grievance reports and 10% of total financial government transactions now taking place through the app.

One of the major services offered as part of the Citizen Central Mobile App is the Comprehensive Complaint Management System. With a city of over 4 million people to serve, the government needs a robust system to ensure that infrastructure services are functioning properly and citizens can access the services they need to live their lives. The Complaint Management System allows citizens to report issues with local services through the Mobile App and organizes those grievances so that they reach the right offices quickly to be resolved.

In 2015, the city of Surat began setting up publicly available Wifi at various high-traffic locations across the city, including government offices, libraries, colleges, hospitals, gardens and museums. Internet access at these hubs is free for the first 30 minutes, and access to all government websites is free throughout browsing sessions. This Wifi service allows citizens to access the Mobile App and other sites even in locations where cellular service is spotty at best.

Beginning in 2016, Surat has created a rooftop solar power plant in the city through local approved vendors. Citizens can purchase and install solar panels on their rooftops at home, after which the electric company installs a net meter. All solar power generated by the panels is subtracted from the customers’ energy bills at the end of each payment period, making power more affordable for those citizens and providing a greener energy source for some of the electric company’s needs. As of 2018, citizens have installed 5,000 solar rooftop panels with 25 MW capacity, generating a total of 35 GWH per year.

Ground water in the Surat region has high salt concentration, making it unfit for both drinking and canal irrigation without pre-processing. To meet the city’s high demand for residential potable water, Surat constructed a Tertiary Treatment plant designed to use ultrafiltration and reverse osmosis technology on effluent water from nearby sewage treatment plants. The treatment brings the water up to potable levels, at which point it is supplied to water-intensive industries in the region, leaving more potable water from other sources available to residents. The plant has experienced major success since its construction in 2014, leading the city to begin construction on two additional plants to triple production capacity.

With the combined strength of its growing entrepreneurial culture, citizen engagement and dedication to improving quality of life with new technologies, the Diamond City of India is well on its way to as bright a future as its nickname suggests.