oBike, the first public bike rental system in the county, provided 500 bicycles for rent and will provide another 500 in the near future, Taitung County official Yu Ming-hsun (余明勳) said.

TAIPEI, Taiwan -- Catching the bus just got a bit easier.

Google Transit, a real-time bus and railway tracking feature in the Google Maps app, officially launched in Taiwan on Tuesday.

Now instead of just seeing bus and metro choices in the Maps app, you can see the bus's estimated arrival as reported by the transit operator in real time.

How Taipei made city cycling safe and easy

TAIPEI: Bicycles that cost half the fare of a subway ride to rent. A 300-km cycling network and wider shared pavements. That’s how Taipei revolutionised its cycling culture in just eight years, cutting pollution and congestion in the city.

These days, the city is a fine representative of the “Bicycle Kingdom” – a moniker that Taiwan originally earned as the largest exporter of bikes in the world, but increasingly now, because of residents’ reliance on pedal power to get around.

The Executive Yuan yesterday approved a proposal to build a “green” energy park in the Shalun area (沙崙) in Tainan’s Gueiren District (歸仁) to attract NT$1.2 trillion (US$37.93 billion) in investment in the renewable energy industry.

The 22-hectare park near the Taiwan High Speed Rail’s Tainan Station will comprise a 5-hectare joint research center and a 17-hectare testing facility that will be operated by the Ministry of Science and Technology and the Ministry of Economic Affairs.

Taipei to learn from Netherlands: mayor

TAIPEI--Taipei Mayor Ko Wen-je said Thursday that he considers the Netherlands to be an excellent model for Taipei to learn from and plans to visit the country next year.

Shortly after winning the mayoral election in November 2014, Ko said Taipei would overtake Singapore within eight years, but changed his mind after six months in office.

A shiny new cohort yesterday joined the workforce in Taiwan — a troop of mini robots all going by the name “Pepper,” enlisted to entertain customers and give them the hard sell.

Mandarin-speaking Peppers were introduced into two banks and an insurance company in Taipei, dancing to music, playing with children in lobbies and leading staff aerobics sessions.

Taipei is no stranger to technology-based development. This city of 2.6 million people is the world's largest producer of laptop and notebook computers and computer motherboards. The Taipei Technology Corridor consists of two major science and technology parks, with a third one in development, that currently employ more than 85,000 knowledge workers in 2,200 companies with combined annual revenues in 2004 of nearly US$53 billion. Taipei is also one of the world's top three cities for broadband deployment, with PCs in 88% of homes and 77% of households connected to ADSL service. Where hardware and infrastructure is concerned, Taipei is justly proud of being a global leader.

For Taipei, the challenge of the 21st Century is to run faster in a fast world. It is to maintain and increase its competitive edge while preparing for a demanding future. As Taipei Metropolitan Government wrote in its application to ICF, "In the past Taipei tended to follow examples from developed countries. Now, Taipei is looking for its own paradigm and value."

Taipei's development as an Intelligent Community began with the election of Mayor Ying-jeou Ma in 1998. Mayor Ma challenged Taipei to become what he called a CyberCity. The first phase of the project (1999-2002) focused on building broadband infrastructure and using the Internet to improve public services. The city invested an average of US$75 million per year to install PCs on the desks of all employees at leading government agencies, deploy a city-wide electronic document system that saved US$7.5 million per year, and create hundreds of online applications ranging from requests for service to complaints about parking violations. An e-schools effort placed at least one PC with broadband connectivity in every classroom, created computer labs in 250 schools and trained teachers in PC and Internet skills. An e-communities project provided free PC and Internet training to 240,000 people and established 800 public Internet kiosks throughout the city. An online Intelligent Transportation System was developed to monitor traffic flow, guide drivers to available parking and improve taxi safety, and an EasyCard multi-function pass for Taipei's Mass Rapid Transit System attracted new riders. To date, the system has issued over 5.7 million cards.

For these efforts, Taipei was named one of ICF's Top Seven Intelligent Communities of 2003. In 2006, ICF recognizes Taipei for taking its CyberCity program to the next level by making broadband connectivity an essential component of life for its citizens and businesses, and using it to transform the economy of the city.

The second phase of the CyberCity program (2003-2006) has focused on several priorities. The first was to better integrate broadband and online services into citizens' lives. By May 2005, 84% of the government's total document traffic was moving through its electronic document exchange. Its Internet portal was offering over 400 services used by an average of 3,500 citizens per day, and over 5,200 small-to-midsize companies had created Web sites on a free Taipei Business Net portal. In the longer term, Taipei aims to encourage development of better Chinese computer interfaces and expand content and applications suited to Chinese tradition. These advances will not only foster broadband use by citizens but will provide an opportunity for Taipei's companies to more easily access business opportunities in greater China.

A second priority was to shorten the time and resources needed to turn students into productive knowledge workers. The most crucial challenge faced by Taipei's companies is the "last mile" between school and industry. To that end, every four years, over US$93 million is earmarked to fund IT education in Taipei. IT skills are widely taught in elementary schools, high schools and universities as well as business incubators. Microsoft selected Taipei as the world's first location for its Future School Program. Cisco is implementing its Network Academy in Taiwan, which has attracted participation from 79 Taiwanese companies and provided training to 16,000 students. The government has also created Taipei e-University to provide online training in academic theory and hands-on practice, leading to professional certification.

The third priority was to provide an IT-based platform for innovation. In the CyberCity program's second phase, the government deployed a municipal wireless network to mass transit stations and all elementary and middle school campuses, where each class was equipped with its own Web site to facilitate teacher-student communications. Plans call for extending the network to 90% of the city.

The fourth priority was to use broadband to ensure digital equality. With the encouragement of the government, nonprofit organizations have established 13 community universities that have offered technology and other classes to nearly 220,000 people. Internet kiosks were established at 800 convenience stores and other locations to give citizens access to online services. An e-healthcare initiative has integrated the data systems of 300 municipal hospitals and clinics and provides safety monitoring of elderly and disabled citizens via wristbands.

On New Year's Eve 2004, Mayor Ma and Taiwan's President Chen Shui-ban led the celebration of the opening of Taipei 101, the world's tallest skyscraper and one of the most technologically advanced buildings on earth. It was a fitting symbol for this city of almost limitless ambition, which aims to number among the select few leaders of the Broadband Economy.

In the News
Read the latest updates about Taipei. 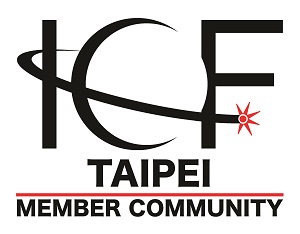 Intelligent Community of the Year 2006