Moscow may be the most intelligent city in the world 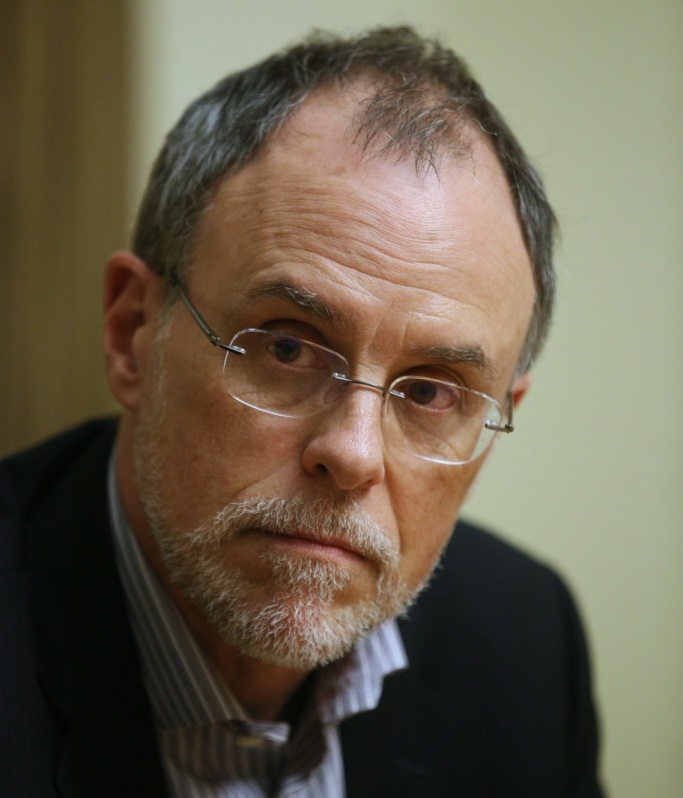 Moscow joined the top 7 most intelligent cities in the world version of Intelligent Community Forum (Forum intellectual community). The ICF - US non-profit organization , which "examines the economic and social development of the world community XXI century". The main objective of the forum was the search and identification of cities, in which the lives of citizens, thanks to the level of technology development, is more supportive and comfortable. In 2002 the founders of the ICF have received a grant from the Government of Canada, made a study of six cities, trying to understand which technologies allow one city to develop better than others, and how these factors can be used to improve the lives of citizens. In that same year the award Intelligent Community of was established by the Year «The most intelligent city in the world." -

One of the founders of an organization that’s considering Grey County as the top intelligent community in the world is touring the county this week.

Louis Zacharilla is with the Intelligent Community Forum based in New York City.

Grey County is on the short list of seven communities in the world the organization considers to be using technology to enhance economic development and quality of life.

If you have ever eaten a bowl of instant noodles, you owe a debt to Momofuku Ando, founder of Nissin Foods and inventor of this staple of Asian fast food, who was born and raised in Tainan City. This city of 1.9 million was the historic capital of Taiwan and the cultural heritage of centuries remains one of Tainan’s most important assets that drives a thriving tourist industry.

Tainan today, however, is about much more than the past. It is home to multiple science and technology parks including the Southern Taiwan Science Park, Tainan Technology Park and Shugu LCD Park. The tenant rolls are dominated by optoelectronics, integrated circuits, green energy and biotech companies, which together with more traditional manufacturing generate more than half of the city’s economic activity.

Tainan’s government supports industry in multiple ways. Its Small Business Innovation Research program promotes and subsidizes R&D by smaller companies and incentivizes universities and research institutions to partner with them on commercialization. It has adopted a national program called Dual System Training, a carefully structured co-op employment and apprenticeship system. It accepts high school graduates and guides them through four years of work-study with Tainan employers that generally leaves them debt-free and employed upon graduation. Tainan entered the program in 2012 and by 2016, it had involved 6 universities and 37 companies, and admitted 250 students. Retention rates at partner companies hover around 80%.

Government also invests in broadband as a promoter of quality of life for employers and citizens. Adoption of fixed broadband already exceeds 95%, leaving little room for improvement. The government’s focus instead is on hotspot WiFi availability and applications that can transform living and working in the city. Beginning in 2016, Tainan City created a series of free WiFi hotspots based on its already 4G-equipped traffic light control boxes at intersections. As of August 2017, traffic lights at 1,600 intersections, 904 stop station smart signs, and 400 buses in Tainan now provide free 4G WiFi. The city also installed free WiFi in 35 smart parking lots.

To make use of Tainan’s WiFi availability, the city is in the process of building a set of applications for a Beacon city. In 2016, it published a number of apps, including “Alley X Tainan,” Guide to Historical Sites in Tainan” and “VZ TAIWAN Smart Tourism,” which provide information on nearby foods and shops, interesting stories about the area and transportation information at scenic spots, historical sites and restaurants and shops around the city. Tainan has installed nearly 1,000 Beacon devices at its smart bus stations to provide arrival time information, traffic reports, information on nearby tourist destinations and other services. As of August 2017, Tainan City has roughly 11,000 beacons with a goal of 20,000 installed in the coming years.

The Tainan city government has set up a number of maker bases for the city’s youth in old housing developments and other unused spaces. The bases—Tainan Maker Base for Youth-BIG O2, PunPlace and Southern Maker Base—all include Hackerspace, Makerspace, TechShop, FabLab and other maker spindles. Tainan’s maker bases provide youth entrepreneurs with software and hardware access, including 3D printing, laster cutting, metal casting machines and AR and VR support in spaces with lower rents that clients can more easily afford.

Since 2009, the Tainan city government has provided free digital skills classes to middle-aged and senior citizens to help them make use of the city’s newer digital services. Topics include basic smartphone usage and applications, e-commerce, smartphone usage for travel, and smartphone usage for scheduling, including medical appointments, hotel booking and ticket purchases. The classes are taught in a “mobile classroom” environment in which teachers drive to the students, bringing all their class materials and equipment along, so that less mobile residents can still take part. In 2015, 3,428 residents attended at least one class, with the 43% of students being citizens between the ages of 60 and 70.

The Mobile Networking Project has developed a partnership with the Department of Health to improve quality of life and medical care for Tainan’s senior citizens. By offering classes on smartphone usage, the project gives residents easier access to the wealth of medical information available on the Internet and has also streamlined the appointment booking system for those seeking medical aid.

Tainan City has also focused on closing the digital divide in rural areas. In 2006, the city government set up its first Digital Opportunity Center in a rural area. As of 2016, Tainan has 12 such Digital Opportunity Centers. The centers provide lessons in the use of digital technologies and long-distance health teaching, in cooperation with Chi Mei Hospital. DOCs also teach network marketing, helping on rural businesses like small-scale farmers and merchants in remote areas to market their goods more widely and effectively.

Tainan launched the Bright & Clear Skies program in 2014 to improve the quality of air by reducing particle pollution in the city. Particle pollution is created by a wide variety of daily activities, including factory production, driving vehicles, construction work, road dust, and many other sources. The program targets eight major source of pollution, including enforcing more rigorous vehicle inspections to prevent gas emission violations, advising local businesses on dust-capturing equipment, and encouraging residents to drive less and use public transit. Road dust is the largest source of particle pollution in Tainan. Dust particles on the roads are thrown up into the air by each vehicle that passes along a paved surface. In addition to encouraging citizens to use more public transit, Tainan has organized road-washing trucks throughout the city to minimize dust on major roads.

To ensure that air quality continues to improve, the Tainan government will be installing 240 air quality detection AirBoxes, donated by Edimax, throughout the city. The AirBoxes detect humidity, temperature, and multiple pollution figures, including PM2.5 levels. Edimax plans to collaborate with the Academia Sinica and Taian City to analyze data collected by the AirBoxes, and the city will set up a visual representation of the findings for general audiences. All citizens of Tainan will soon be able to access the visual representation and the indexed data online at airbox.tainan.tw or through an app on their smartphones.

Tainan City is an ideal location for solar power and technology development, as its average sunshine per year is roughly 25% above the national average at 2000h. The city also has a flourishing green energy industry, featuring 161 green energy enterprises, 61 of which are solar-power-supply industries. Tainan’s Solar City Initiative began in 2011 to organize these resources into one central plan that includes implementing solar rooftops, solar public houses, solar living communities and agricultural greenhouses. The city is currently planning to establish a solar PV system on salt industry land, which is useless for cultivation, as well as restored landfill sites in the area. The plan aims to have this solar infrastructure complete in two years’ time. Tainan also launched a solar city service network in 2016 to provide planning subsidies, manufacturer financing, benefit calculations and other services to businesses and investors.

In an ever-changing world of new technologies and the challenges that come with them, Tainan has focused first and foremost on its people, providing education, easy avenues for participation and a better standard of living to lead the city as a whole into a brighter future.

Ipswich has been recognised as a global leader in the application of digital innovation to advance community prosperity and liveability after being named among the world’s Top 7 Intelligent Communities at a conference in Taiwan.

The Top7 Intelligent Communities of 2017