The Part that is Broken is the Part You Plan for (Part 3): Walls & Bridges

“Will no one rid me of this turbulent priest?” King Henry II of England allegedly said nearly 1,000 years ago, referring to a saintly man who had crashed into his majesty’s sense of imperial inevitability. Given the tone of today’s national politics and the rage palpable in cultures everywhere, the angry King’s words echo through the centuries, and may be repeated in 2017 by at least one leader anywhere on the planet.

This may have all started in February, when a Pope in Rome and one of America’s leading presidential candidates had an odd spat about walls and bridges. Their exchange was not about critical infrastructure, which is much in need. Rather it focused on an increasingly poignant moral argument about how borders, and people on both sides of them, are to be “protected” in our breathlessly mobile era. The hiss back and forth between Pope Francis and America’s Donald J. Trump set in stark contrast two diverging world views that will have an impact on the regions, cities and towns which set Intelligent Communities apart. Bridges are at the heart of the Intelligent Community Forum’s idea of “revolution to renaissance,” and walls, or simply closing things off through fear, seems to be fear itself cloaked inside a naked grab for national power. 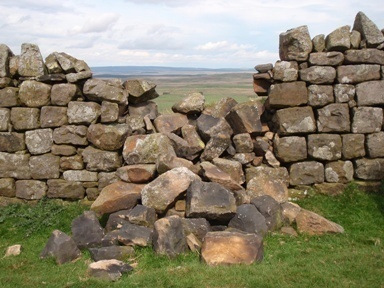 Brought down to the level where it really counts for us, our communities, the assurance that building walls will protect us and that the accusation that building bridges is dangerous is true. But then, going to the moon was dangerous too. We had a choice. We could be held by gravity or attempt to release ourselves from it to explore the mystical terrain beyond our narrowing shores. To chase our dreams, as USA president Kennedy said then, required that we go to the Moon not because it is easy, but because it is hard. Repeating those words, as if they were a poem, I marvel at how a leader ever was able to sell it that way. Like building a Blackberry in Waterloo, or refining the precision manufacturing industry in Taichung, or putting a municipal fiber network in place when state legislatures and incumbents had said “no way” over and over, someone had to build a new bridge. Someone had to defy gravity through local innovation and challenge the established order. These communities broke walls and created new industries and companies.

Let’s admit it, good walls work – for a time. But over a longer time they become curiosities. Remnants like the Maginot Line and the Great Wall are tourist attractions. The national policies which established them, and their ultimate failure, are recalled by merely the few. Those kept out or denied by the walls will have longer memories. The walls become default psychic settings of future generations.

Intelligent Communities seek to knock down walls. Because most of our Top7 each year were hammered hard in the post-Industrial hangover days, they raised their hands eagerly for the harder task ahead of them. Their task is constructing bridges built with data and broadband and searching for the fruits that can be picked from the complex architecture of human feeling, creative energy and collaboration in service of economic expression. There is a reason why more communities in 2016 are embracing the ICF approach rather than experiencing the reactionary reflex we see at the national levels.

The question of whether this message will reach the national dialogue in time has already been answered. In some places we see the King point his sword at the “turbulent priest,” missing the fact that turbulence can be navigated through and that things are not “going to hell.” They are simply in flux. Come to Columbus for the 2016 ICF Summit www.icfsummit16.com and learn how seven cities have defied gravity and rid themselves of fear.