But globe is not a normal eco-conference. GLOBE is considered North America’s largest and most influential sustainable business leadership summit. It is known for attracting c-suite business executives, government officials, and civil society leaders on topics such as how to leverage markets and innovation to turning environmental challenges into business opportunities. Essentially people came to learn how to create business opportunities while saving the planet. New strategies and incentives for lower energy consumption were discussed; waste systems explored, inspired by the circular economy, including site visits to Vancouver’s wastewater treatment center and Metro Vancouver’s Waste to Energy facility; cap and trade options debated; diversified low-carbon housing examined; and homelessness solutions discussed. GLOBE 2016 also sought to forge new partnerships and think outside the box. It took on the discussions beyond smart cities and asked how to advance the creation of Intelligent Communities through smart partnerships. Intelligent Communities look to environmental innovation and the global investment and job opportunities that come with it. 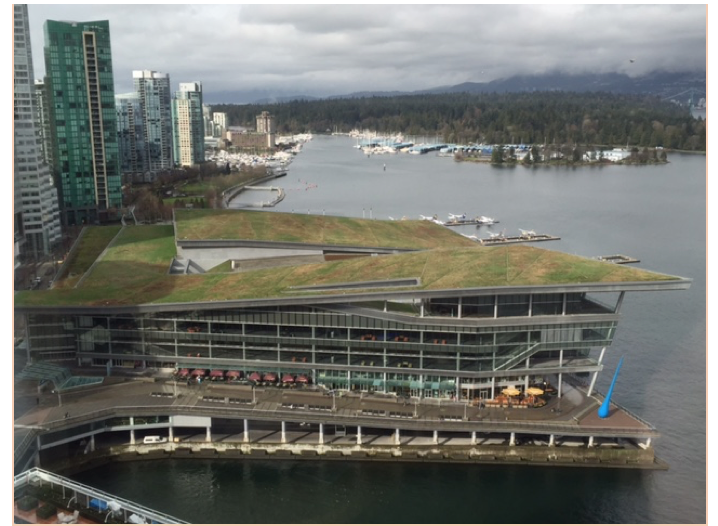 This year, Canadian Prime Minister Justin Trudeau opened the conference, citing: “The future belongs to countries and businesses that become leaders of clean technologies, innovation, and sustainability.” He also held a First Ministers Meeting urging premiers to overcome their political differences to collaborate on climate change, indicating that it’s not a matter of pitting pipelines against wind turbines: “The environment ought not to be a partisan issue.” On the heels of Trudeau’s visit to meet U.S. President Barack Obama at the White House to unveil a continental climate strategy, he noted that as the global economy shifts to green energy, Canada is well-positioned to become a leader. The Summit also saw participating global Mayors hold forums at the event, allowing participants to get close up and personal with them. I moderated the main two and a half hour SMART CITIES session: “Evolution of Communities: Unravelling the DNA of the Modern Smart City” and hosted one of the workshop tables at the “Advancing Intelligent Cities through Smart Partnerships: An International Mayoral Roundtable & Workshop on Smart Cities.”

Global speakers in the main SMART CITIES session included Steve Leonard, Executive Deputy Chairman of Singapore’s Infocomm Development Authority (IDA), (1999 Intelligent Community of the Year); Bruce Hayne, Surrey, BC City Councillor (2015 and 2016 Top7 Intelligent Community); David Gilford, Vice President of the Economic Development Authority in NYC, (2001 Intelligent Community of the Year); Ger Baron, Amsterdam’s Chief Technology Officer; and Lorie Wigle, McAffey/Intel Security VP from Portland, Oregon. The session was extremely well received and considered a highlight for communities looking at creating better opportunities for their citizens as Smart Cities and Intelligent Communities. Mayors and city councillors, educators and private sector participants filled the standing room session at the Pan Pacific Hotel for the full 2 and 1/2 hours. The highly interactive session included the audience as an integral part of the presentations, raising questions about Singapore’s density, affordable housing and transit; NYC’s initiatives for sustainability; Amsterdam’s programs as a smart city and Surrey’s strategies to attract clean tech firms to its Innovation Boulevard initiatives. Throughout, privacy, security and the health and safety of our cities were ever-present in the discourse among the panelists. Following this marathon session, a 3 hour workshop with Mayors and international delegates took place at the Fairmont Waterfront Hotel, the results of which will become a white paper on strategies that Intelligent Communities can employ through smart partnerships.