What? You rode the Subway? I know what you are thinking: “Wait, wait, wait, Louie. Don’t you ride the Subway every day? You are a New Yorker who has never owned an automobile in your life. You need to ride the Subway if you want to get anywhere, do you not?? 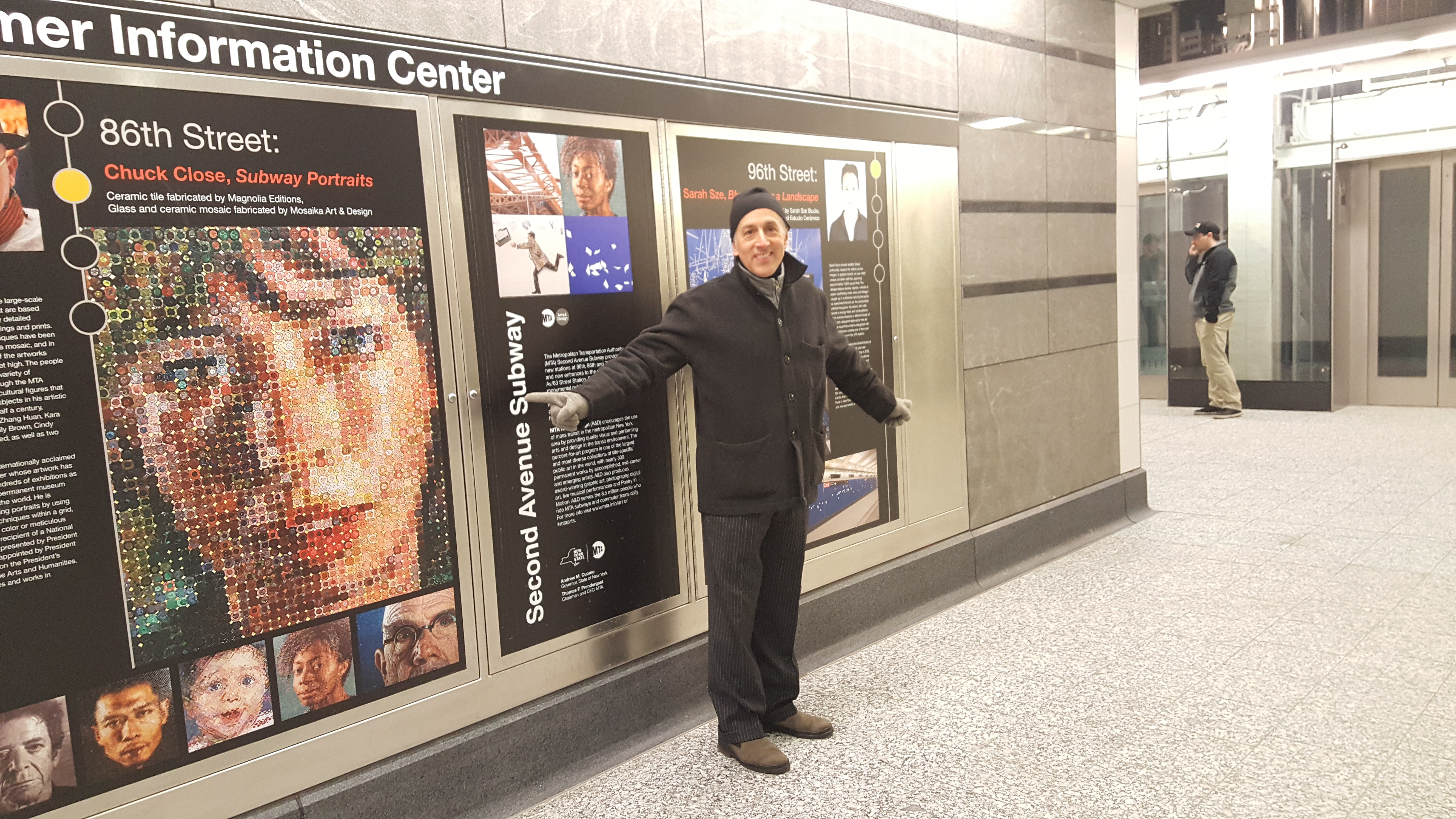 The answer is, yes, I do. But I have never ridden the Second Avenue Subway before because this was the first day that the line had ever run. In history. New York City’s newest Subway line in nearly 80 years has been unveiled and it is smoothly (and quietly!) running beneath Beijing Wok Chinese take-out, Uskudar Turkish restaurant, the Afghani Kebab House and my other community anchors. Not to mention beneath my Korean dry cleaner and health food store too.

The new subway is a gem of public infrastructure. I hope those of you attending the ICF Summit in June will buy a Metrocard and ride it.

What was surprisingly special is that the New Year’s Day event turned into, well, an event. I saw first-hand how a significant (US$4.5 billion) effort to give the public new, vital “infrastructure” can also raise public spirits. (Not unlike The Ball dropping in Times Square, I suppose, which gives people the sense that 12:01 AM will be better than 11:59 PM.) But the thrill from this public event will be longer lasting.

The first day created wonderful, unexpected moments. I live for them. The density of a city led to pop-up communities forming inside and outside of the station that were unpredictable. People of all ages, including transit workers who remained onsite finishing tests and inspections, were taking pictures, selfies and speaking with strangers about how excited they were about commuting to work! People were handing out Subway maps and special card holders. The “Second Avenue Subway” name quickly was morphed by busy New Yorkers into “The Q.” It shall be “The Q” to New Yorkers the way Avenue of the Americas is still “Sixth Avenue.” 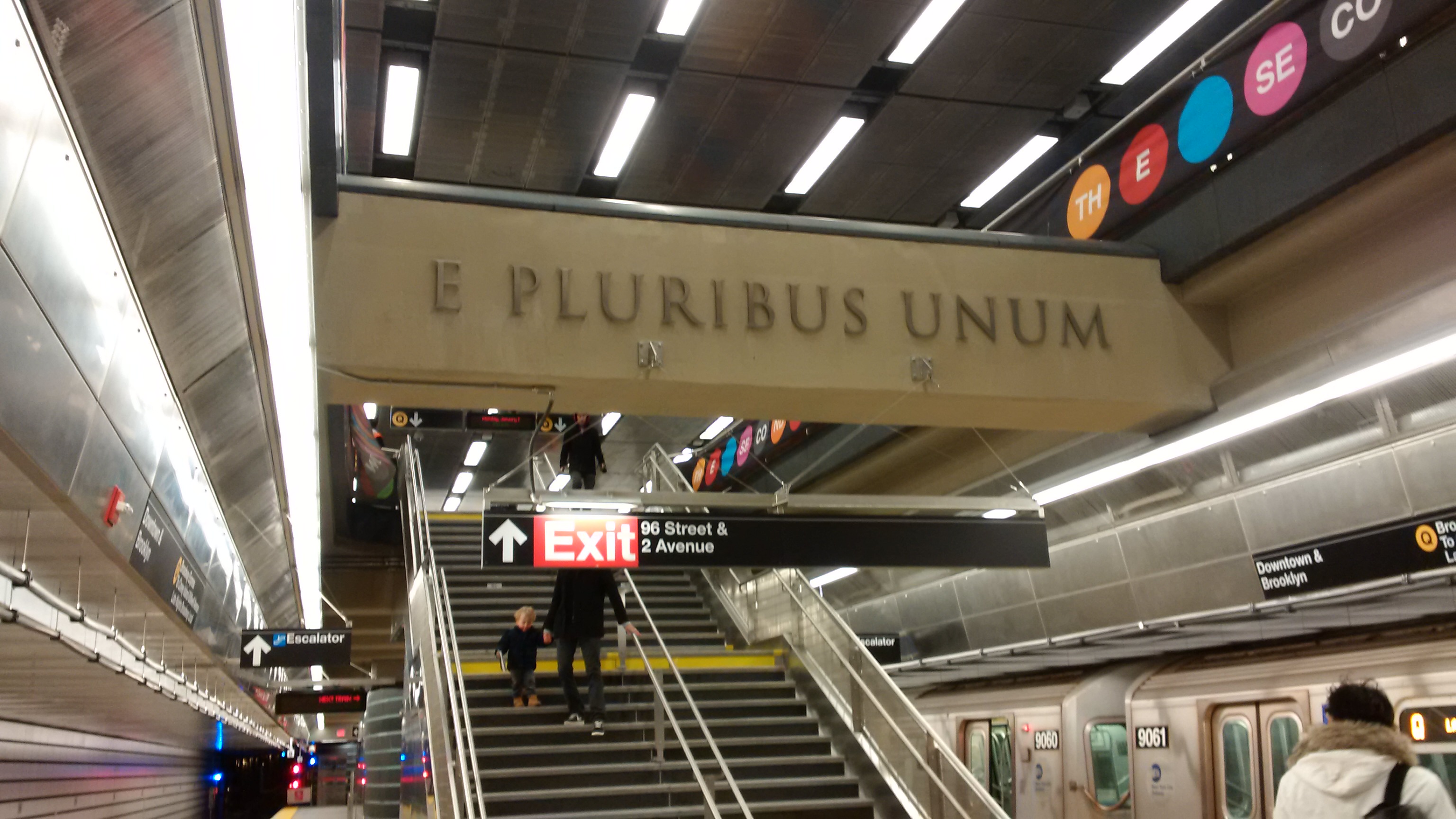 All this took place under a massive sign which reads, “E Pluribus Unum.” The Subway opening and that sign reinforced a tribal ethos that Americans carry with them, but is rarely evoked these days. We are in fact the many attempting to become the one. The people who come from elsewhere to become one thing and one thing alone: Americans.

It is feared here, as it is elsewhere, that places with the many will fragment before they can become the one. But it is also clear that big, true and positive common events will remind us of things to which we must all adhere and cherish. No matter who we are, we must get to work. And most of us do not have cars and cannot afford car services, not even Uber. So we have to put on our public personae and be one. The Sikh and the Hindu must share a handrail bar on the train to get from Queens to their shops in Manhattan. Ditto for the Jew and Muslim, both heading to their jobs in the financial sector or the beaches of Far Rockaway.

I was struck by an odd exchange between a distinguished grey-haired, very finely-chiseled guy who, despite an attempt to dress as if he were slumming, was clearly among the upper 5%. He was speaking to a woman with a thick Spanish accent. Both were using “The Q” as a conversation starter. The Subway had picked them up from their devices and deposited them into the world. The real world. When she asked him what the five numbers on his stylish black baseball cap were for, he said that they represented the zip code for Aspen, Colorado. (She gave him a look which, I admit, seemed to suggest that maybe he had an issue.) But he was earnest, and she picked up on that. Trust set in. She in return said that, outside of New York, where she had come to work, she had never been anywhere else but the Dominican Republic. He smiled warmly, and they got into “The Q,” to head toward their next place.

As the new Subway pulled away from the 72nd Street station, I saw them sit next to one another and keep talking happily, as the new community transportation device clicked on down the line.