Cities have been all the rage since we discovered that more than half of the world’s people live in them. Cities are where commerce and culture thrive, where efficiencies of housing and transport reduce our impact on the climate, where the Creative Class sips its skinny lattes. According to the United Nations, “Wisely or not, Homo sapiens has become Homo urbanus.” More than two-third of the world’s population or 4.4 billion people will be urbanites by 2030.

Many leading thinkers find this a cause for celebration, among them Richard Florida of the University of Toronto, who currently has the biggest megaphone in this discussion. As he put it in a 2011 article in The Atlantic:

Cities are our greatest invention, not because of the scale of their infrastructure or their placement along key trade routes, but because they enable human beings to combine and recombine their talents and ideas in new ways. With their breadth of skills, dense social networks and physical spaces for interactions, great cities and metro areas push people together and increase the kinetic energy between them.

Yet this urban celebration has a darker side. It begs the question: if 67% of five billion people are jammed into mega-cities, would you really want to live in one? People’s marked preference for living in green suburbs suggests: perhaps not. An exclusive focus on cities also casts the rural lands, with their farms, plains and forests, as an inconvenient distance between the places where the action is. That’s a serious misreading of reality.

In the simplest possible sense, rural areas are the ecosystem that gives cities life. They are the source of the air that cities breathe, the food they consume, the water they drink. In the life of nations, they offer a welcome alternative to the density and anonymity of the city. And they are places that people love. People in rural areas tend to be proud of their culture and arts. They care deeply about the natural beauty of the region and treasure ways of life that have evolved over the centuries.

Challenges to a Treasured Way of Life

Rural areas, however, are under challenge from many directions. As their relative share of the population shrinks, they face a gradual atrophy of opportunities for education and employment. The lack of high-quality job opportunities, compared with urban areas, forces the brightest young adults to leave their communities in order to make a living. Once gone – involved in romantic relationships, making homes and raising families – only a few return.

As the population shrinks in relative or actual terms, the tax and spending base supporting services, from schools to stores to cultural activities, slowly declines. Schools are consolidated, stores close up, cultural activities fade away – and each loss further erodes rural quality of life. Meanwhile, the increasing average age of the population, as deaths outweigh births, puts greater strain on social services, which are increasingly hard to afford.

Some rural areas buck the trend. Many rural areas are not in crisis. Those located within driving distance of an urban center attract commuters and weekenders. Those with scenery, cultural or recreational attractions balance local enterprise with income from tourism. Some hold onto a local manufacturing base or exploit geography to become transport and logistics hubs. But these opportunities are distributed neither evenly nor with regard to the welfare of the people who occupy rural land.

Something New Under the Sun 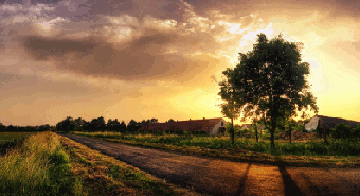 But in the broadband economy of the 21st century – when information and communications technology (ICT) are doing so much to eliminate distance as a barrier – rural areas have opportunities never seen before. The opportunity is to plug into the world at low cost regardless of location. To affordably import the world’s learning and culture to enrich the lives of young and old, and to give local cultural traditions new life in a global community. To make rural areas as vital and exciting a place to grow a business or build a career as the busiest city center. All of this is possible in an economy and culture that are conducted increasingly online. All of this is something new under the sun.

Can ICT truly make a dent the challenges facing rural areas? Can it overcome the structural weaknesses of rural economies, compared with urban ones, and ensure them a vibrant economic future through robust connections to the global economy? If so, it could relieve the pressures driving migration to the cities and create breathing space, in which the inherent appeal of rural living could shine through.

We do not know how to do it yet. We do not understand how to use ICT to seize the unique opportunities and overcome the distinct challenges of rural living. When the first commercial Web browser was released in 1993, practically no one foresaw what the Internet could become. We are at the same stage of this exciting challenge: to figure out how to give the rural areas of our nations a competitive advantage using ICT that preserves their way of life into the foreseeable future. For the first time since population growth tilted toward the city, ICT makes that possible. It is up to us to learn how it can be done.