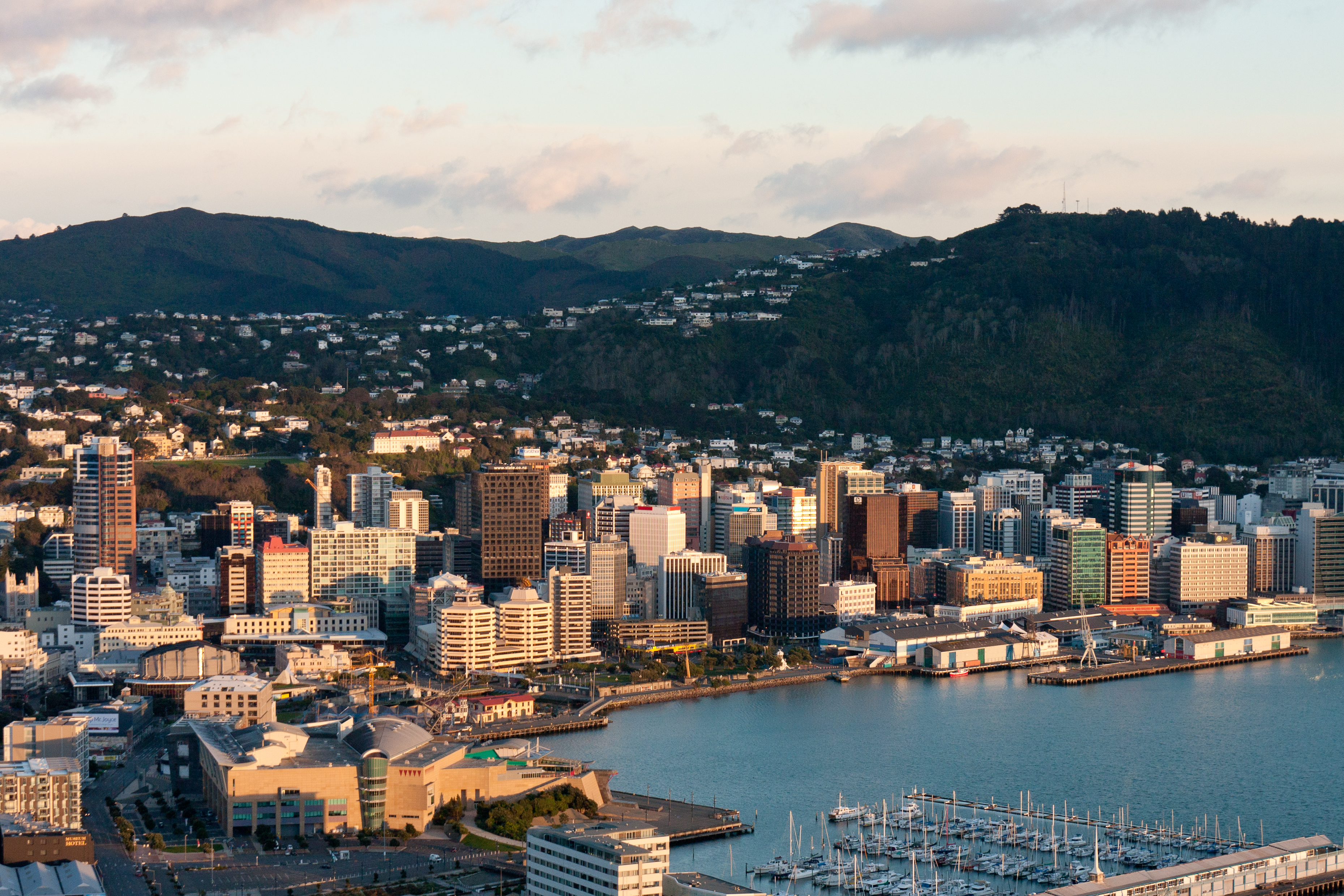 Wellington is the capital of New Zealand with a metro area spanning 1,388 square kilometers on the southwest tip of the North Island. It ranks among the most livable cities in the world, owing to its low pollution, short commute times, ample public transit, diverse landscapes, nearby parks, forests and mountains. As New Zealand’s capital, Wellington is the center of the nation’s government, but it is also a cultural center. Wellington is home to the National Archives, the National Library, and numerous museums and theaters, as well as the New Zealand Symphony Orchestra and the Royal New Zealand Ballet. Wellington is exceptionally windy year-round due to its latitude and location on the Cook Straight; in fact, it is the windiest city in the world. The city has harnessed its natural winds by establishing two large wind farms that generate 213 MW of green energy.

With a highly urbanized but very dispersed population, New Zealand has historically struggled with broadband delivery. Beginning in 2015, Wellington, as the nation’s capital, led the Ultra Fast Broadband initiative to replace New Zealand’s old infrastructure with optical fiber. Ultra Fast Broadband fiber will deliver speeds over 25 MBps to 340 towns and cities throughout New Zealand, providing access to world-class connectivity in areas that were previously underserved. As of 2020, roughly 75% of New Zealand’s population, including in Wellington, has access to faster, more reliable broadband connectivity.

With the benefits of being nicknamed "Windy Wellington" comes infrastructural risk. Along with the intense winds, Wellington is located on one of the world's most active fault lines. In 2014 Wellington was accepted into the 100 Resilient Cities Network, and in 2017, the city released the Wellington Resilience Strategy. The Strategy has three goals: (1) that people are connected, empowered and feel part of a community; (2) that decision making is integrated and well informed; and (3) that Wellington's homes, natural and built environment are healthy and robust. These goals were tested both during the development and implementation of the Strategy and again by the 7.8 (Mw) Kaikoura Earthquake which affected the city.

As part of the Wellington Resilience Strategy, Wellington has created collaborative lifelines groups which bring together government, local government, and utility providers to strengthen the city's lifeline infrastructures through investment and greater coordination. The city has implemented Open Data approaches to communicate risk and enable community-based planning responses. In partnership with local companies, Wellington has created a metropolitan-scale VR platform to aid in both real-time response and future city planning for resilience issues. As part of the Wellington Resilience Strategy, the city has also begun proactively strengthening at-risk buildings to withstand earthquakes.

With the smallest per person carbon footprint in Australasia, Wellington has a strong history in environmental sustainability. Wellington is committed to building on this to reduce their footprint to zero as quickly as practicable. To assist with this, the city is reviewing city plans, transportation investments and the way in which they build. They are also building a climate lab and electrifying Wellington's vehicle fleet. This has been underpinned not only by an active network of partners in the NGO and private sectors, but also a highly engaged community assisting in the development of plans and also taking practical actions such as large-scale tree planting. Wellington has been planting a tree every five minutes for the past 15 years.

Wellington is using its tree planting initiative as part of the Emissions Trading scheme to create new funding streams using the sale of credits to offset the emissions of its tourism industry and provide additional investments in further ecological restoration. Wellington is one of the few cities in the world with increasing native biodiversity thanks to a combination of community-based tree planting on public land, investment in pest control through the Predator Free Wellington program and investment in the native sanctuary Zealandia. The city is also engaging with technical startups and communities through hackathons such as the Climathon and the Zero Carbon Challenge.

Wellington has a multitude of initiatives to improve the lives of Wellingtonians through modern technology. The Wellington Trauma Intelligence Group (TIG) is an interagency data-sharing initiative which brings together data from multiple agencies such as the District Health Boards (Hospitals), Ambulances, Police, Accident Compensation Commission, City Council and others to deliver better outcomes for people. TIG has been involved in using data to better tackle alcohol from a public health perspective in order to formulate future policy, manage crowds, plan hospital capacity and formulate responses to storms and earthquakes based on data on the most vulnerable populations. Whare Haora has been installing environmental sensors in people’s homes to identify causes of respiratory illness and to help increase heating efficiency. As part of this initiative, Whare Haora has trained communities in digital literacy and how IoT sensors can be used to proactively address problems and inefficiencies.

Wellington launched the Summer of Tech program to match student interns with local IT startups in 2006. Internship placements have risen from 14 in 2006 to over 4,500 in 2018. This program has been so successful that it has spread to five other cities in New Zealand and has spawned a Summer of Biz program along with a series of bootcamps.

New Zealand's nationwide Ultra-Fast Broadband program, which aims to provide 100Mbit/s downstream and 50Mbit/s upstream to 87% of New Zealand's population by 2022, pairs with all of Wellington's technological and ecological initiatives to make Wellington situated to be a world leader in modern sustainable living in the next decades.

Share on
See other pages related to Smart21 Wellington