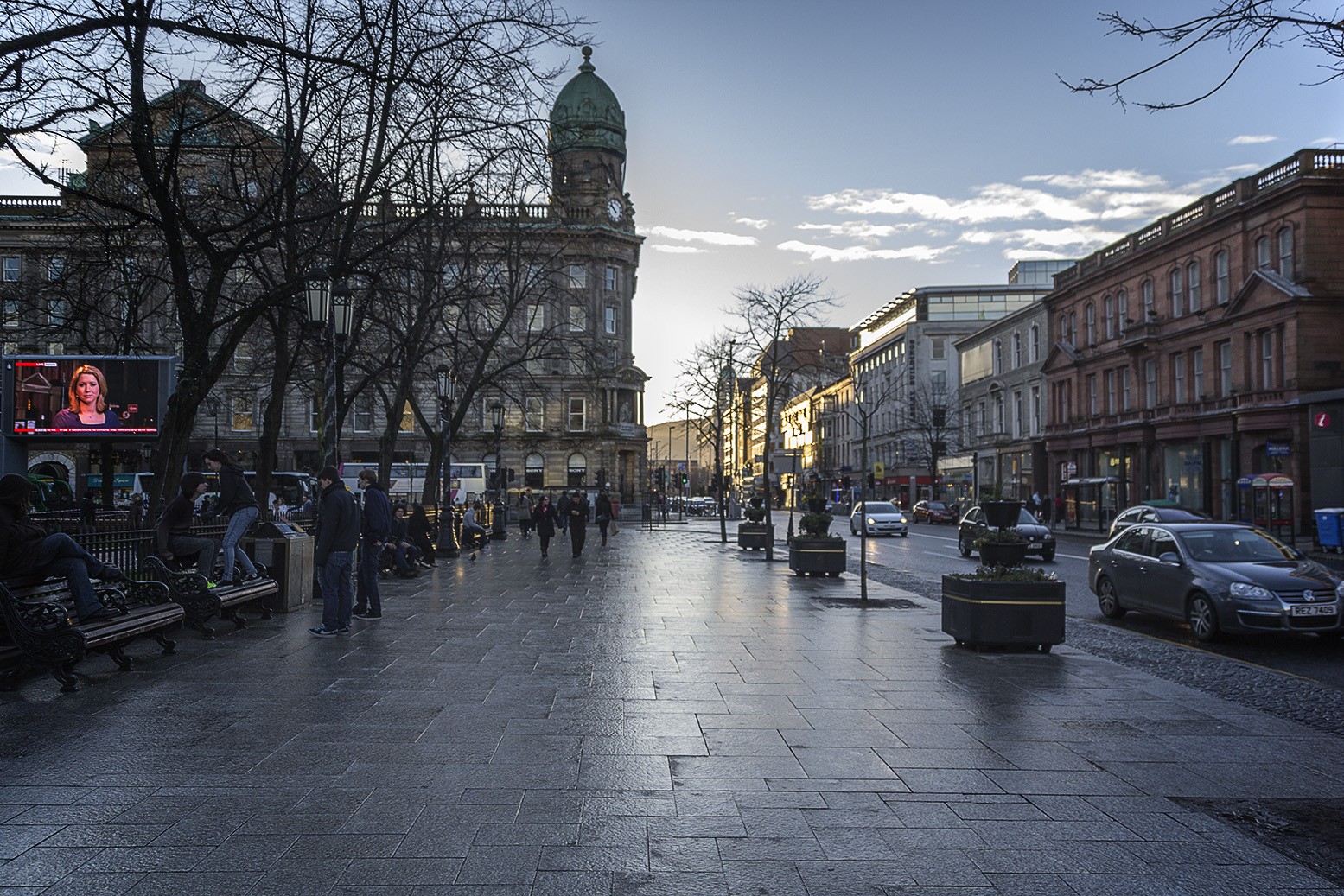 The capital of Northern Ireland since its establishment in 1921 and also its largest city, Belfast stands on the banks of the River Lagan on the nation’s eastern coast. Beginning in the 1800s, the city served as a major port and hub of the Industrial Revolution in Ireland. Belfast was briefly the largest linen producer in the world during this time, earning the nickname “Linenopolis.” The city also hosted the world’s largest shipyard, which built the Titanic, among many other notable vessels. Though its status as a major global industrial center ended shortly after World War II, Belfast has made impressive efforts at expansion and regeneration in the last few decades. The city developed a major aerospace and missiles industry in addition to its still formidable shipyards and is undergoing urban renewal and acceleration with the aid of a £350 million investment by the UK Government.

Connecting and Educating the Future Workforce

Beginning in 2017, Belfast developed the Urban Digital Futures program to provide digital knowledge training and workshops for primary and post-primary school students. The program provided over 900 educators with resources and training across 20 post-primary and 16 primary schools. In addition to digital skills and content creation training, the program also connected involved schools with local businesses, particularly in growth sectors, to provide work experience for students and further valuable resources.

In 2020, the national government launched Project Stratum with the goal of bringing at least 30Mbs broadband coverage to all households in Northern Ireland. The £165 million project connected the first premises in 2021 with complete rollout expected by 2024. It builds on Project Kelvin, which saw the transatlantic submarine cable looped around Northern Ireland to provide connectivity to even the most remote regions. Belfast seized on the opportunity created by Project Stratum to begin educating its youth in the use of digital technologies that will soon be available to all in the region through this expanded connectivity. The city expanded its Urban Digital Futures program to include a new Digital Futures program aimed at supporting graduates of post-primary education. The newest project has secured £1 million funding and is expected to begin serving graduates shortly.

The Belfast Digital Partnership to Create an Innovation District

To encourage innovation and urban regeneration in Belfast, the City Council formed a partnership with Queen’s University, Ulster University, Belfast Harbour, Invest NI and Catalyst Inc. in 2019. The Belfast Digital Partnership aims to establish an innovation district covering 400 acres from the city center around the new Ulster University campus to the Catalyst in Queen’s Island. The district will foster a place-based approach to cluster growth in fintech, healthtech and Greentech by providing an optimal, supportive neighborhood for technologists and researchers, particularly in the life and health sciences sector. The innovation district will include pervasive wireless connectivity, funded by the Belfast City Deal Infrastructure Enabling Fund and a citizen-focused engagement program. The project also aims to address transportation issues, such as over-reliance on private car travel in the smart district, connectivity issues to Queen’s island and the challenges expected in developing a post-Covid city center. With so many entrepreneurs in one place, the district will also provide both Queen’s University and Ulster University with opportunities to enhance their research programs, allowing them to support business developers and innovators in the area.

As part of the Belfast Digital Partnership, Belfast Harbour has also launched the Smart Port project. Through significant investments in 5G connectivity and open architecture data, the Smart Port plans to deploy a number of IoT, mobility and Community Platform solutions to enhance safety, sustainability and efficiency within the harbor and throughout Northern Ireland’s sea freight logistics chain. As of 2020, the Belfast Digital Partnership has submitted an outline business case for a £350 million investment from the central government to get the ambitious project up and running.

The Belfast Region City Deal, launched in 2019, is a public-private partnership between the city government, the national government of Northern Ireland and local business partners. The City Deal seeks to improve connectivity and engagement throughout the city and to provide financial and other support to citizens to grow the economy and improve all aspects of modern life. The UK Government has committed to providing £350 million for the project with the NI Executive matching that contribution as well as an additional £150 million from Belfast Region City Deal partners. This massive investment will be put toward a wide variety of infrastructure, economic and health improvements.

Planned building improvements under the City Deal include over 3,000 new hotel bed spaces to attract and accommodate tourism, 830,000 new square feet of office space to accommodate new jobs in the city and 854 new social homes spread throughout the city. The Belfast City Council, Housing Executive, Department for Communities and other stakeholders are looking into further ways to improve housing supply in the Belfast City Center as well.

On the health front, the City Deal will invest millions in social innovation programs and initiatives, health improvement initiatives and suicide and self-harm prevention services. The Health and Social Care Board, with the support of a wide range of partners, has already begun a research and engagement program to reduce the number of winter deaths in the city each year due to cold weather. The program will improve support for those most at risk by removing barriers to accessing help and establishing a campaign to raise awareness of the availability of flu vaccinations.