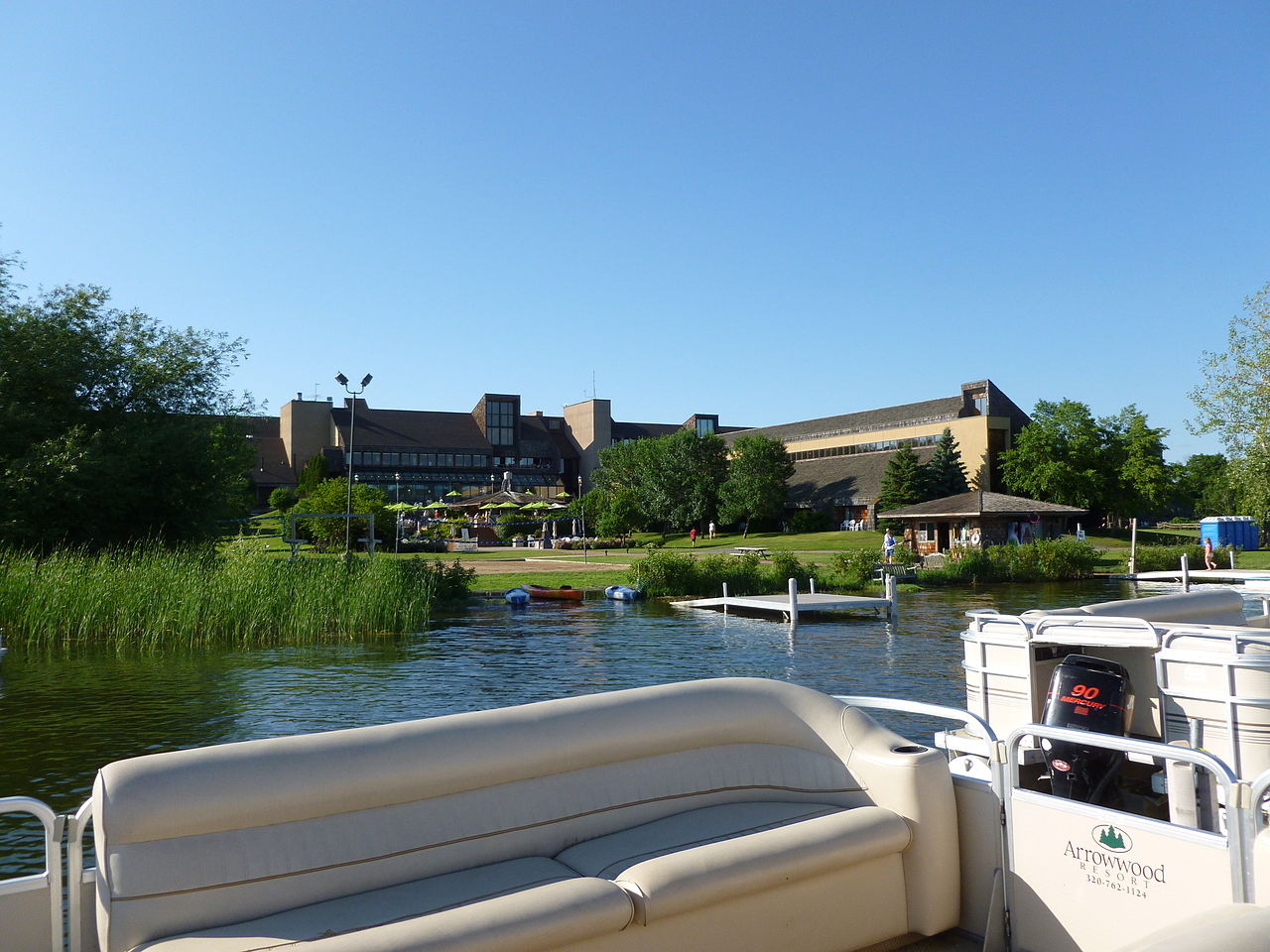 Centered around a city of just 14,000, the Alexandria Lakes Area is a tourism hot spot known for its over forty lakes and many resorts. The region is home to a wide variety of cultural events that draw large numbers of tourists and locals each year, including Art in Park in July, the Douglas County Fair in August, the Carlos Creek Winery’s Grape Stomp in September and an Apple Fest in October. The city of Alexandria, heart of the Lakes Area, features a number of public schools, the Alexandria Technical & Community College and its own museum that houses the Kensington Runestone, a 200-pound greywacke stone covered in runes that was discovered in central Minnesota in 1898. Alexandria also hosts the annual Vikingland Band Festival parade marching championship. It is often too easy for a region focused on drawing outsiders in for tourism revenue to ignore those who live and work in the area year-round, but that is not the story of the Alexandria Lakes Area. The region has focused heavily over the past twenty years on connecting and improving the lives of the nearly 40,000 people who call its beautiful lakes and shores home.

The Alexandria Lakes Area has developed multiple major connectivity projects since the early 2000s, all with the goal of bringing greater adoption and connectivity options to the region’s sprawling rural communities. The CMETS (Central Minnesota Education Telecommunication Systems) deployment was created to share IT solutions between the area’s eight rural school districts, including providing broadband Internet, voice, video and teleconference options. Rural telecommunications providers collaborated to engineer a 10 Gigabit private ethernet network to connect the eight school districts. These providers maintain the network and lease it to the CMETS consortium, which provides distance learning resources through the network, allowing students to access college-level courses taught within and outside their school districts.

Outside the school system, rural providers are in the process of deploying fiber-optic broadband throughout the Lakes Area. One of those local providers, the Gardonville Cooperative Telephone Association, targets unserved and underserved residential areas, and has laid an average of fifty miles of fiber-optic cable per year. Gardonville’s infrastructure supports up to 10 Gigabit per second speeds for homes and businesses in the region. The company has also applied for and secured grants from Minnesota’s Border-to-Border organization to fund further fiber-optic deployment at greater rates.

To foster interest in local businesses and help new ones get off the ground, the Alexandria Lakes Area came up with the Pitch Your Plan business competition in 2018. The competition was made possible by collaboration among a large group of partners, including several investment, insurance and real estate companies, multiple consulting companies and the City of Alexandria and Alexandria Lakes Area Chamber of Commerce. Other local companies also contributed to the project alongside these partners to put together a $38,000 prize package, including goods, services and financial support for the competition’s winner. Pitch Your Plan attracted 33 business applicants with 10 semifinalists chosen to move on to a business plan bootcamp to fine-tune their plans. The competition featured a large number of semifinalist positions in order to provide the bootcamp’s training to many businesses other than the eventual winner in the hope that such training would help them succeed as well. This effort was successful as a few of those businesses that did not move on to the finals still established themselves and are growing today.

Pitch Your Plan opened its doors to the community at large once the competition narrowed down to 3 finalists with a luncheon at a local downtown theater, during which the 3 presented their final pitches to the judges. The winner was able to massively expand its fledgling business with the prize package and the other 2 finalists also went on to grow their businesses afterward, utilizing the lessons they had learned in the competition and the relationships they had built with their competitors and other local businesses. The Alexandria Lakes Area plans to host the next Pitch Your Plan competition in 2021.

Preparing the Next Generation for College and Beyond

Beginning in 2014, the Lakes Area established the Academies of Alexandria High School. The academies serve as mini-schools within the district’s public school, focusing on specific career training to help high school students better prepare for college and entering the workforce. All 9th graders in the academies go through the Freshman Exploration Academy. In the following years, students select 1 of 3 academies depending on their interests and career plans: the Engineering, Manufacturing Technologies and Natural Resources Academy, the Health Sciences and Human Services Academy or the Business, Communication and Entrepreneurship Academy. Each academy teaches core classes in math, English, social studies and science alongside more focused classes based on the academy’s career theme. The school district partners with local businesses and civic leaders to provide students with real-world examples and answer practical questions they may have about their career futures. These partnerships also provide access to internships and mentors within the community. Over 75% of seniors in the first graduating class from the Academies of Alexandria went on to college or career opportunities with more expected to benefit each year as the program is refined.

Originally adopted in 1995, the City of Alexandria’s Comprehensive Plan has undergone multiple revisions and updates to better meet the needs of a growing and changing community. The Plan provides the citizens of Alexandria with an outline for future development, including chapters on land use, transportation, wastewater, water supply, storm water management, housing and parks and recreation. In 2018, the City released a Request for Proposals for planning services to start the process of updating its Plan, which had not been revised since 2007.

To make the Plan available and comprehensible to as many Alexandrians as possible, the City has made all of it available on its website, where it is fully searchable and downloadable. Citizens can access components and chapters of the Plan 24/7 via Dropbox and can provide ideas and public feedback via email and Social Pinpoint at any time. To reach even more members of the community, Alexandria’s local government set up “pop-up” booths at local events, including Art in the Park, Community Night Out and the Douglas County Fair to ask for input on changes to the plan and what areas of concern mattered most to local attendees. The City also set up one-on-one and small group interactions on the street in downtown Alexandria, as well as visioning and goals sessions at City Hall and a range of speaking engagements. These efforts bore fruit when the City received over 1,500 written and emailed comments, suggestions and concerns from event attendees. To address as many of these concerns as possible, the City allocated $52,400 for the Comprehensive Plan formal revision from the city’s annual budget for Plans and Studies. The public hearing process for the new Plan was completed in October 2019.

With the natural beauty of Alexandria’s lakes come the expected challenges of reaching remote citizens and providing opportunities for all. The Alexandria Lakes Area has met these challenges head-on and expects to grow into an ever more connected community as its programs reach fruition and beyond.