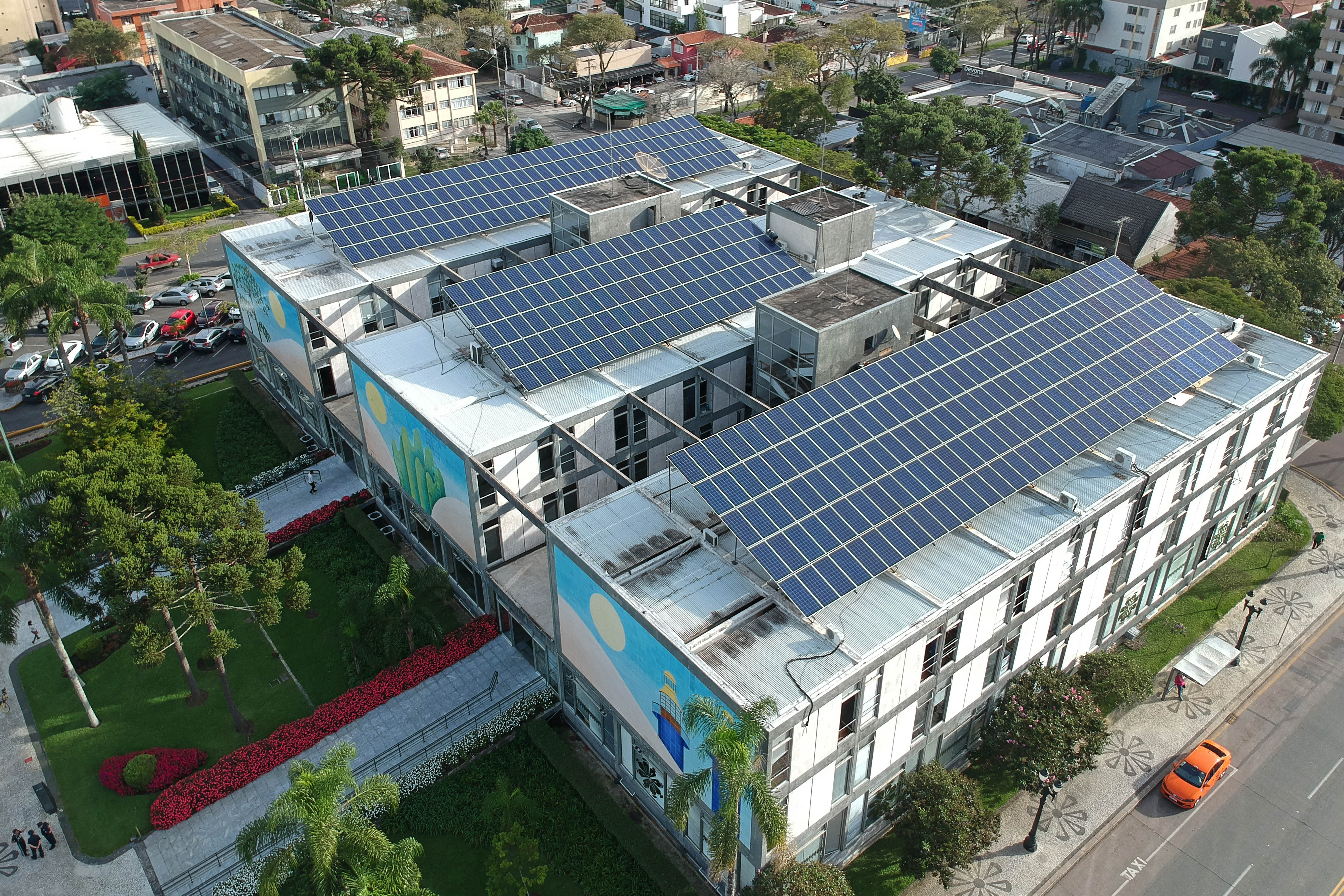 Urban planning works. That is the lesson of Curitiba, which has engaged in proactive planning for its future for nearly 40 years. While other Brazilian cities welcomed heavy industry, Curitiba accepted only non-polluters and developed an industrial district with so much green space that it was derided as a “golf course” until it filled up with more than 3,500 companies. Beginning in the 1970s, the master plan laid out streets, public transportation, shopping, industrial and residential areas. Today, clean water reaches 100% and sanitation 93% of the population, and the city offers a range of services still rare in emerging market nations: municipal healthcare, education and daycare networks, neighborhood libraries, and sports and culture facilities near mass transport terminals.

Hoping to build further on the success of the entrepreneurial spaces with better infrastructure support, Curitiba began working to facilitate 5G deployment throughout the city in 2019. The city approved decree 989, simplifying the process to acquire an installation and operation license for radio base stations and antennas. The decree also made small antennas and building-top equipment exempt from licensing requirements in their entirety. In response, VIVO began operations in Curitiba in 2020, making it one of the first Brazilian cities to host the company’s 5G offerings. Then, in December 2021, Curitiba was selected by the National Government and the Brazilian Agency for Industrial Development to be one of 5 cities in Brazil to test 5G technology as part of the 5G Connect project. The pilot project, implemented in 2022, let Curitiba install technology to integrate 5G antennas with intelligent public lighting and provide connectivity up to 100 times faster than 4G for new smart city services.

Beginning in 2020, Curitiba implemented EmpregoTech, a program to train young people ages 16 to 22 for a future in high-tech jobs. EmpregoTech is a partnership between Curitiba City Hall, the Curitiba Agency for Development, Selecty, Prime Control, Digital Innovation One, Endeavor and the Brazilian Association of Technology Companies. The program consists of 5 months of classes in computer programming and a number of soft skills and includes placement in internships with participating companies with a chance for successful students to transition into employment afterward. The first class saw 291 graduates in 2020 and another 300 new vacancies filled in 2021.

Curitiba has established a total of 9 entrepreneurial spaces throughout the city through a partnership with SEBRAE (Brazilian Service to Support Micro and Small Enterprises). These public offices provide guidance and consultation to local citizens interested in starting new businesses, including training and qualification programs. In 2018, the entrepreneurial spaces hosted nearly 60,000 citizens, with 2,500 completing qualification courses. Curitiba looks to top these numbers in 2019 with 50,000 attendees as of August and over 2,000 qualifications completed. The spaces received a Customer Service Reference Award in 2018 for their successes.

Beginning in 2017, Curitiba has been developing an innovation ecosystem in Pinhão Valley (the Vale do Pinhão). The ecosystem aims to make Curitiba a smarter city by facilitating the development of new technologies and strengthening the economic and social sectors by engaging a large variety of stakeholders from the public and private sectors as well as universities and members of the community. When COVID-19 reached Brazil in 2020, the strength of Pinhão Valley’s partnerships was tested, and the budding ecosystem rose to the challenge. The Curitiba Agency for Development and Innovation worked with local startups and other companies to help entrepreneurs, local street market workers and artisans to create a virtual shop where they could exhibit and sell their goods, as they had previously had no online stores. The Agency also created a variety of online training courses for these businesses to help with their transition to online activities. Other partner companies offered further services to help lessen COVID’s economic impact, including online delivery services, a platform to connect legaltechs, professionals and services and another online platform to provide financial assistance and online payment services. With the help of all these new services, Curitiba created 42,320 jobs during 2021, 7 times more than in 2020.

Beginning in 2017, Curitiba launched the Speaks Curitiba program to encourage participation in local government from all 75 neighborhoods of the city. Goals include involving citizens in constructing the annual budget and major plans, such as the Pluriannual Plan, the Budget Guidelines Law and the Annual Budge Law, among others. For the first few years, the format was in-person consultation at budget meetings, which resulted in poor attendance and little engagement. The City responded by implementing digital infrastructure to allow for online participation in meetings, dramatically increasing attendance and interest. In 2019, Speaks Curitiba began working with teenagers at public schools to encourage citizen participation from an early age and to teach them more about how the budget process works in the city so that they are better prepared to engage with city decision making as adults.

In March of 2018, the city launched the Curitiba App, a mobile application that provides citizens and tourists with information, services, events and news from City Hall. The app combines the utilities of several smaller existing apps as well as 600 City Hall services. Through the Curitiba App, citizens can quickly and easily access local news, weather alerts and public transit information as well as book appointments with public services. As of late 2019, the app had been downloaded by 13,000, and the city hopes to double this number in the coming years.

With the innovation ecosystem in Pinhão Valley growing steadily, its public-sector partners in Curitiba City Hall, the Curitiba Agency for Development and Innovation and the Brazilian Micro and Small Business Support Service (SEBRAE) performed a mapping of its trajectory and future goals with participation from private-sector partners, universities and other institutions. Based on the results, Pinhão Valley’s stakeholders from all sectors decided to create the Pinhão Valley Governance Committee to support the ecosystem and engage more local partners as well as citizens. The Committee is structured into four working groups: Governance, Events, Support to Innovation and Monitoring, allowing for a wide variety of planning, integration and coordination to produce the best possible results. The first meeting to define the Committee is scheduled for early 2021 with more than 100 participants already registered.

City buses travel in separate lanes from the rest of traffic and provide electronic ticketing for riders and fleet management via 3G mobile broadband. Curitiba's next goal is to translate its success in economic development into the broadband economy. An open access fiber network serves the city and much of the state, ensuring high levels of service to business. In keeping with Brazil's National Broadband Plan, the city is deploying a wireless overlay to provide free Internet access in low-income neighborhoods. The city has developed Curitiba Technoparque to turn the intellectual output of its 55 colleges and universities into innovative technologies.

Curitiba is developing multiple studies and projects to produce and implement clean energy in public buildings and public transportation. The city has installed a small hydroelectric plant in Barigui park to supply energy to the park, a project that will be replicated in other parks across the city. With the support of C40-CFF, the city is also developing projects to implement solar panels in four bus terminals and the new sustainable Caximba Neighborhood. The total expected generated power is 8 MW, with expected generation of 980,000 kWh/year (equivalent to the consumption of about 65,000 families). The Curitiba Housing Company is also currently implementing a pilot project to build social housing with solar panels.

From 2008 to 2009, Curitiba grew its high-tech companies by 7% and high-tech employment by 25%. Developments like these have given Curitiba an average per-capita income that is 86% higher than that of Brazil, and the city continues to grow and flourish with more new services and innovations each year since.