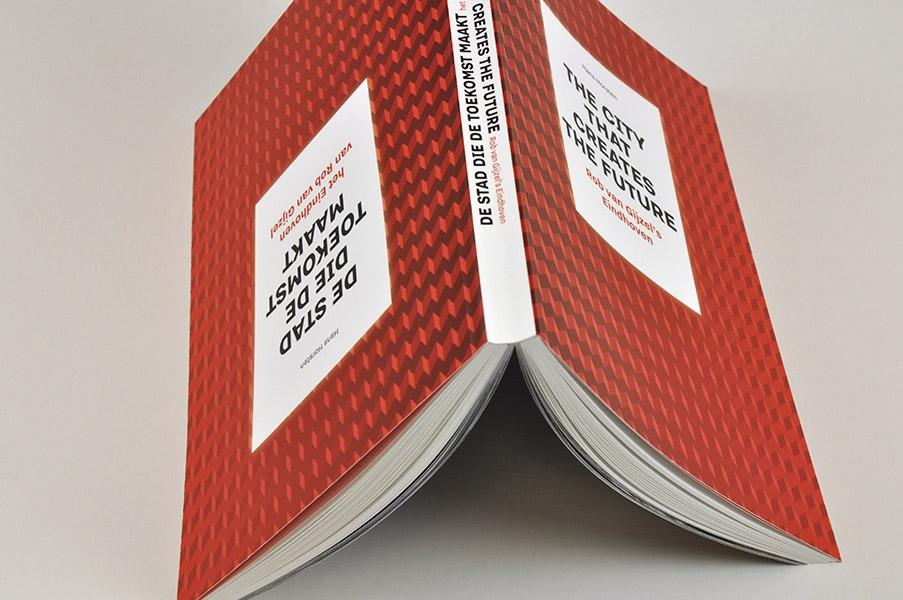 In A City Creating the Future, Rob van Gijzel, Mayor of Eindhoven, takes the reader on a journey into the future. He demonstrates the inadequacy of current social, political and economic systems to deal with the problems of that future. These are huge challenges, the Grand Challenges.

Food, energy, climate, mobility, water and health care are global problems which desperately need solutions. The old system of the vertical world, with its cumbersome institutions, sluggish government, unwieldy decision-making, ideological conflicts and top-down approach has been shown to fall short, unable to provide answers. The reason for this is that change, and technological change, is going faster that the prevailing constitution's capacity to deal with it.

Moreover, the texture of society is changing radically. Manuel Castells’ network society is in the making, and gradually, a society is being created, which consists of hundreds of networks, collaborating across all geographical, political, social, cultural and economic borders: sometimes on ‘grand themes’, as described above, and sometimes on smaller themes, close to home. This has to do with the ‘emancipation’ of the well-educated and articulate citizen who, thanks to digital technology (the Internet and social media) increasingly takes control of his own life. Up till now, politicians have been unsure how to deal with this ‘do democracy’, and they continue to fall back on old-school reflexes. 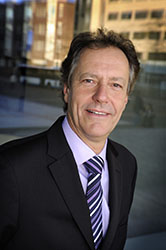 Rob van Gijzel describes why the cities (and his own Eindhoven as one of the pioneers) are best equipped to take responsibility for the transformation from vertical to horizontal world. Firstly, because they form the most important stage for the Grand Challenges; in 2030, 80% of the world’s population will be living in the cities. The most pressing need therefore, in this ‘century of the city’, is to achieve radical social and economic innovations in the systems, particularly in those expanding urban agglomerations. It is there that the introduction of ‘tailored technology’ leads to a smart society of citizens, businesses, government and knowledge institutes, in which close collaboration between networks can make the transition to the horizontal world.

However, this is not the only reason why cities are one step ahead, in the plans for social innovation. Cities are less affected by current electoral affairs, are closer to the citizens, are run practically rather than ideologically, are more flexible and better adapted to collaboration with other partners and embark easily and quickly on projects outside national and international borders. In addition, many innovations take place in the city, facilities are concentrated there and urban regions, such as Brainport Eindhoven, are the driving force behind the new, promising knowledge economy of the future. Eindhoven, as ‘world’s smartest region’, has already achieved recognition far beyond its country’s borders, for its manufacturing industry, its cutting-edge technology and its design.

A City Creating the Future consists of a triptych. Part one deals mainly with ‘the past’. How did the Netherlands (read: Europe) and Eindhoven develop up to the mid-twentieth century? Which economic and social choices were made, and which activities were employed to earn sufficient money for the construction of the welfare society? Part two deals with ‘the present’. In what condition do the Netherlands and Eindhoven find themselves in 2016? This part reveals noticeable differences. The Netherlands clings to old revenue models and structures and, according to Van Gijzel, threatens to fall behind in international competition, a fact already confirmed by various statistics. ‘Eindhoven’ chose a different route. It experienced its worst existential crisis ever between 1990 and 1995, when Philips threatened to collapse, and moved part of its concern out of Eindhoven.

However, the region rose again, as a phoenix from the ashes, and grew, by way of the Wonder of Eindhoven, into a perfect example of a successful economic and social transition. Brainport was founded on specific qualities, of which the city and the region made optimal use. The city’s ‘DNA’, for example, which is adapted to collaboration between networks. The Triple Helix, a fruitful coalition of government, industry and knowledge institutes, emerged from this. ‘Open innovation’ is another feature of the Brainport formula. Businesses share and exchange knowledge, allowing new technology to reach the market faster, and more economically. In addition, work is taking place in Brainport on the socialisation of the technology, intended to give the region promising prospects for the future.

The third part deals with ‘the future’. How can the Netherlands find an escape route from the vacuum that exists between a passé vertical society and the horizontal connections needed to keep up in the future? What will that take, and how can Eindhoven contribute? In this chapter, Van Gijzel takes a closer look at the smart society, and how the cities can serve to incubate it. In the future, Eindhoven aims to pioneer with living labs, a way of testing the social effects of new technology. This is taking place in the fields of mobility, energy and health, among other. Using concrete examples, Van Gijzel shows how his city does this on an everyday basis, taking into account all the stakeholders involved in such a process.

If cities want to be able to play their part as forerunners of the horizontal network society of the future, they must be given the space to do so. Space to experiment, space to make mistakes, space to be out of control. That will require a different attitude from the government; different political and governmental models and innovations. In A City Creating the Future, Rob van Gijzel, Mayor of Eindhoven, raises questions. He outlines political, social and economic dilemmas, makes national and international connections, expresses doubts about the current instruments forming society and goes in search of a dot on the horizon. A dot which will, in any event, be uncertain, since technology is inclined, more often than not, to be disruptive to existing systems.

To learn more about A City Creating the Future and order your copy, visit http://www.lecturisbooks.nl/en/webshop/the-city-that-creates-the-future/101616. The book is available in Dutch and English.