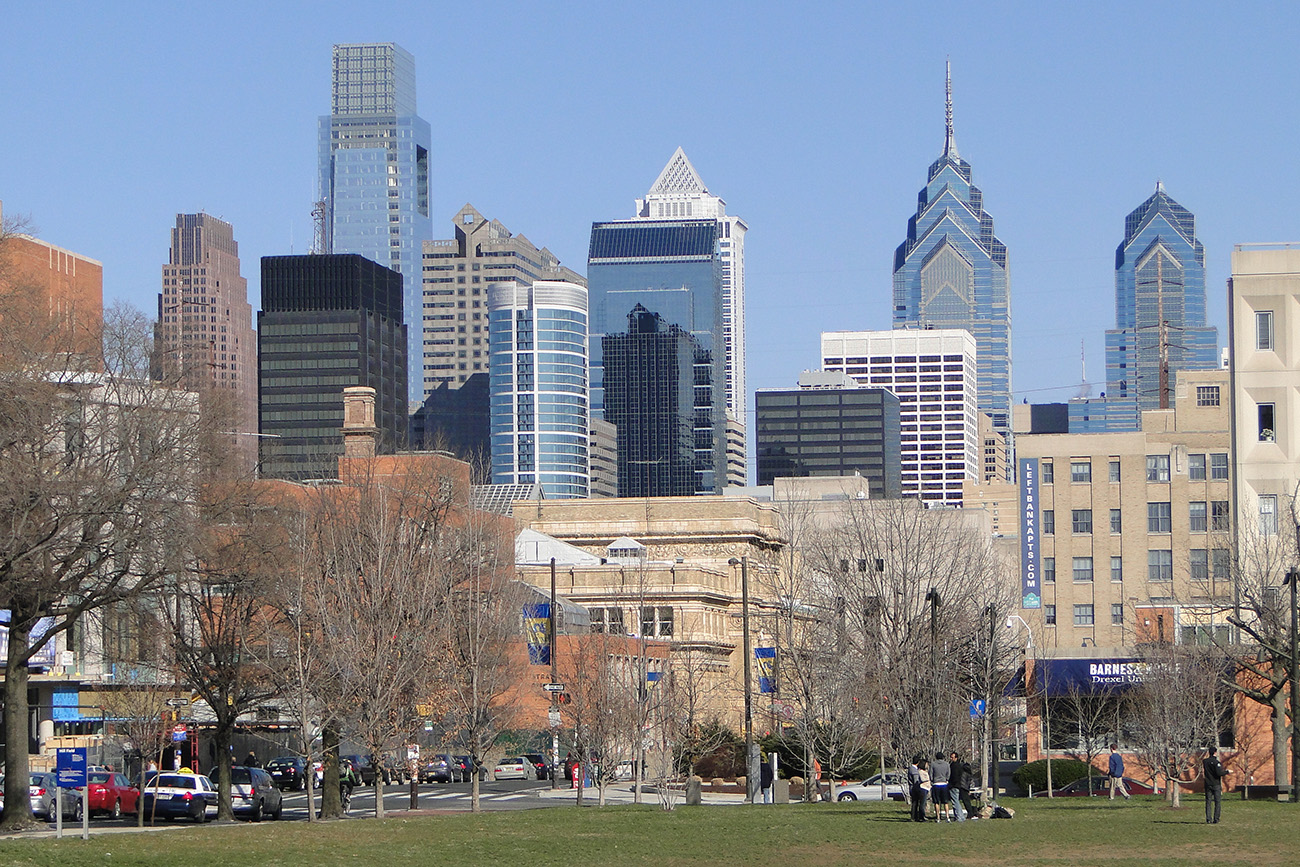 America’s first capital, Philadelphia is the nation’s fifth largest city, with an estimated gross metropolitan product of US$490 billion.  Its many universities and colleges make it a top study destination.  It serves as headquarters for five Fortune 1000 companies, and its biggest economic sectors include financial services, healthcare, biotech, IT, transportation, manufacturing and tourism.

But these headline numbers do not tell the full story.  Like other old industrial cities, it suffered decades of decline as automation and globalization eliminated low-skilled employment.  Today, 32% of the population is not in the workforce, the second highest percentage in the US after Detroit.  Half of jobs in Philadelphia require a university degree but only 22% of Philadelphians possess one, and the city’s poverty rate is a high 27%.

When he took office in 2008, Mayor Michael Nutter pledged to double the percentage of young people who attended university. Since then, city government has marshaled local and national resources in an effort to break the cycle of low achievement and economic exclusion.  Among these is enlargement of Pre-K programs to reach three and four-year-old unserved children.  The program is funded by a new tax on sweetened beverages.  Out of a target population of 27,000, the program has delivered higher quality care so far to more than 10,000.

Nearly half of Philadelphians lack Internet access at home. Having identified broadband as an essential utility in its master plan, the city assembled a coalition of health, social service and community development organizations called the Freedom Rings Partnership. The group successfully applied for broadband stimulus funding, which has been applied to the development of 77 Keyspot Innovation and Technology Centers (KIT Centers) that offer digital inclusion programs in low-income neighborhoods. Each provides access to technology, digital skills education and training in such essentials as job interviewing and keeping a job. Together, they have served 165,000 participants, with an impact that often reaches far beyond basic digital literacy.

In 2021, Verizon became technology partner to the KIT Centers to keep their tech up to date, and the nonprofit Digital Literacy Alliance funded positions for “digital navigators” to offer one-to-one consulting and training.

An Innovation Consulting program launched by the city offers workshops to government and business organizations and consults with clients to improve their stakeholder communication, business processes, and strategic planning.  More than half of workshop attendees are non-governmental. Since 2015, a city-backed Innovation Fund has invested in 29 projects that improve quality of life and and prepare residents for educational success and engagement in the city's future.  On the quality of life side are Rec Radio, a radio station that informs and entertains the community, and an urban wood design competition, in which local youth organization use salvaged wood from city parks to create furniture prototypes.  Residents gain educational preparation from The Achievers Initiative, which helps individual achieve a high school equivalency credential, and a training kit that teaches best practices for volunteer leaders in overcoming barriers to progress in neighborhoods that have traditionally been starved for investment.

Other public and private investment has gone into redevelopment of the Navy Yard into a green industries park and America’s largest urban solar farm, as well as early development of a learning management system for the public schools. For Philadelphia, the payoff from these programs will be in economic growth, but more importantly, in an increase in the percentage of its citizens that participate in the city’s economic success.