Digital advocates love to tell us that the digital revolution is ever-accelerating, creating the Singularity, an exponential and irresistible wave of change. I have read a book or two – and I just don’t buy it. The Singularitarians forget something important. Silicon may double its capacity every 18 months or so, but people do not. And silicon does not, yet, make the decisions.

In Dr. Arthur’s article, he suggests a different schedule that strikes me as far more believable. Information technology does indeed create changes with fundamental impact but does it in long waves lasting about two decades. That is the time it takes for a new generation of humanity to arise, and I think there is nothing coincidental about that.

The first wave, in the 1970s and 1980s, was about making everything smaller. The microchip took massive systems, shrank them, made them incredibly much cheaper and more powerful. The economy – meaning you and me – for the first time had serious computing power to do everything from word-processing and spreadsheets to creating software and digitizing media.

The second wave, in the 1990s and 2000s, was about connecting all this cheap computing power. We call it the internet. In addition to new services and products, it produced a truly global economy. A company in Seattle could use suppliers and partners in Budapest, Mumbai and Rio de Janeiro, and all the processes could be cheaply interconnected and made interactive. Shopping online could offer an alternative to shopping in a store. Offshoring exploded and some previously sustainable local economies began to wither.

The third wave is now, and it is about cheap and ubiquitous sensors. It's that Internet of Things and self-driving car stuff – radar and lidar, accelerometers, stress gauges, magnetic pressure and temperature sensors – that is unleashing a tidal wave of data. To handle it, the IT industry has come up with machine learning: the algorithms that process masses of data and make decisions, whether to authorize a loan, keep a car in its lane, recognize a face or win at Jeopardy!

So far, so familiar. Dr. Arthur's contribution is to give this new set of capabilities a new name. External intelligence. It is intelligence not housed in human brains. Because so much of our economy runs on digital platforms now, that intelligence can do more than "think" – it can act. Dr. Arthur describes visiting a financial tech company in China that is developing a phone app for borrowing money on the fly. The app identifies your voice to authorize the transaction. Other algorithms query your bank account, credit history and social media profile. More algorithms evaluate all these and make a credit offer that appears on your phone in seconds. External intelligence takes action in a virtual economy that has results in the real world. As The New York Times reported recently, one of those results is an $100 billion explosion in loans that has the Chinese government trying to rein in the industry before it damages the economy.

Intelligence Outside Your Head 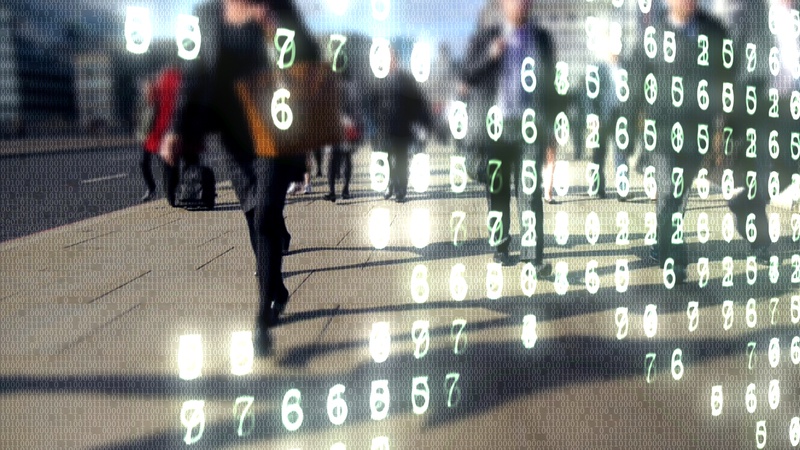 The spread of printing technology in the 15th and 16th centuries took information stored in handwritten manuscripts in monasteries and gave it external life. The result, historians believe, was the Renaissance, the Reformation and the coming of science. The rise of external intelligence may be a development equally as profound. Here are three of the likely impacts:

1. External intelligence will provide the building blocks from which new companies and entire new industries will rise, while others decline and fail, at a rate never seen before. The algorithmic building blocks of external intelligence do not lend themselves, says Arthur, to exclusive ownership. There is always another, more ingenious way to do the job. Companies typically protect their competitive positions by erecting barriers to entry for competitors, and that will become much more difficult in an economy full of external intelligence. One company's inability to defend its niche turns into another company's opportunity, with thousands or millions of jobs in the balance.

2. Back in 1930, the legendary economist John Maynard Keynes predicted that, by 2030, the economy would produce enough for everyone to consume but that the rise of the machines would cause what he called "technological unemployment." That was pretty farsighted. Today, if the total US household income of $8,495 trillion were shared equally by America's 116 million households, each would earn $73,000, enough for a decent middle-class life. But what do we see? Inequality is at record levels and domestic politics in the US and Europe are being roiled by populists assigning blame to scapegoats for a segment of the population angry at the erosion of their living standards, their belief in the future and their very sense of identity.

3. That erosion results from the vast consequences of "technological unemployment." Jobs have long been the way we get access to food, shelter, clothing, education and the other stuff of life. No job means no access, except for social programs that fill the gap. In an economy driven by external intelligence, we will produce ever more stuff with fewer workers, who will need more skills and knowledge every year. The predictable result is that more people will be sidelined by technological change. There is only so long that can go on before something breaks – and that "something" will be the fundamental jobs-for-access deal. Economic growth as measured by GDP will become less relevant to our prosperity, and how it is distributed will become the critical issue. Job creation will become more challenging and will benefit an ever-smaller portion of the population. The ideas shaping our communities and nations will drastically shift from creating prosperity to accessing it, and the way we think of our lives, our values and our identities will change with it.

When does all this happen? Your guess is as good as mine. But the time is now to think about how we will humanize these changes so that they do the least damage and benefit the most people. National governments will mostly fail to keep pace and local communities will be the laboratories where the future is born. Data is our future – but it does not have to be our destiny.

About Robert Bell
Robert Bell is co-founder of the Intelligent Community Forum, where he heads its research, analysis and content development activities.
See other pages related to Blog Robert Bell Humanizing Data
Share on