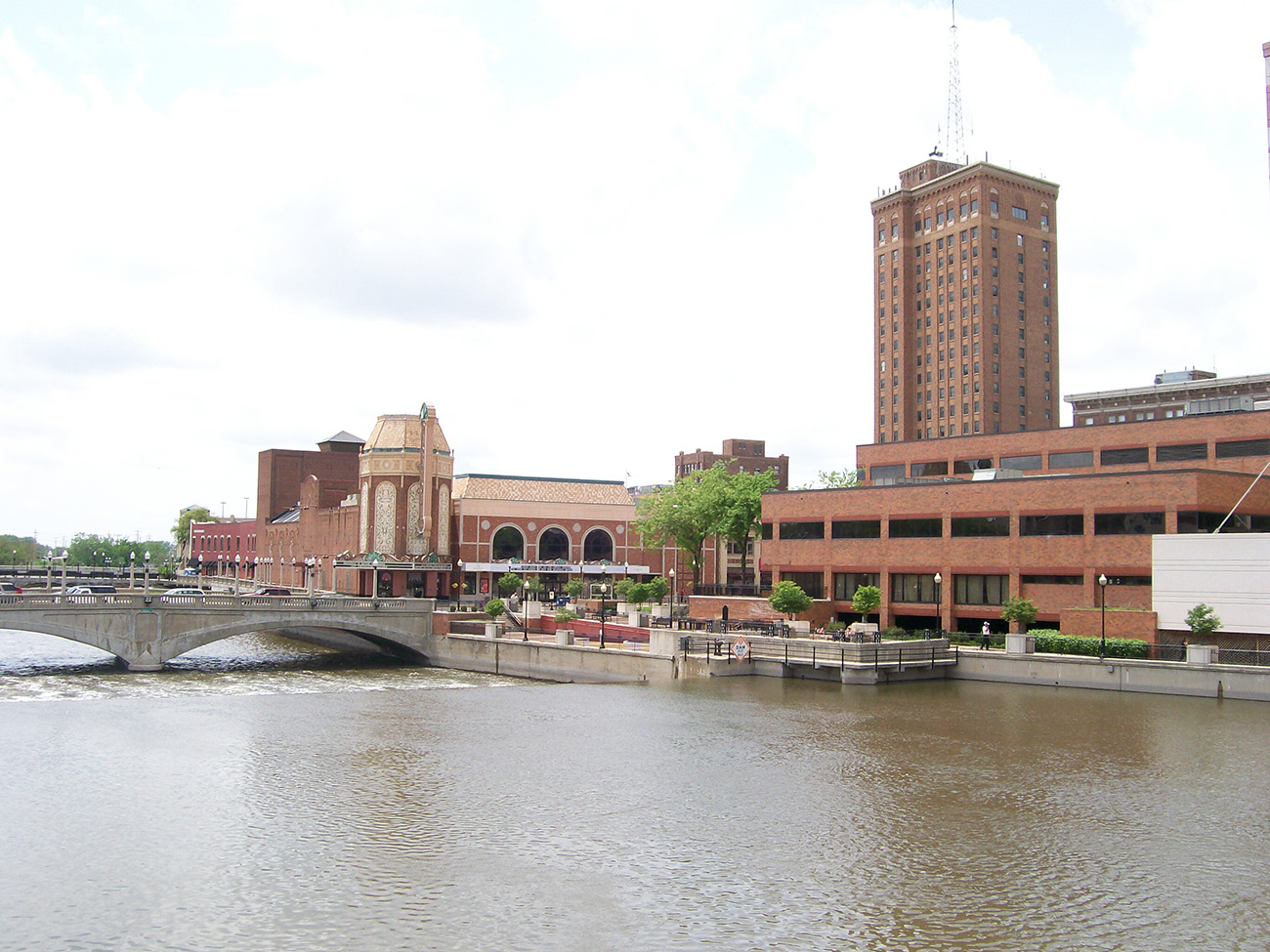 The second largest city in the US state of Illinois, Aurora lies on the western edge of the Chicago metropolitan area. That location has determined much of the city’s past. Railroads and manufacturing brought it great success in the Industrial Age, but the sharp contraction of industrial employment in the 70s and 80s boosted unemployment to near-Depression levels. Brownfields, a downtown full of vacant storefronts, poverty and crime looked set to dominate its future.

Turning on the Light

But the leadership and people of Aurora chose a different path. A Business Roundtable organized by the Mayor focused on downtown redevelopment and created a Riverfront Vision that attracted $20 million in state support for environmental clean-up and rebuilding of the Fox River shoreline. The work of a technology advisory group led, in 2012, to the formation of OnLight Aurora, a nonprofit company that has built a 60-mile, 10 Gbps fiber network to serve community anchor institutions and businesses. It strengthens the city’s ability to compete with nearby tech corridors for companies and high-wage employment, and has been crucial to Aurora’s success in attracting and retaining three data centers.

During the bad years, Aurora allowed public education to stagnate in terms of skills and graduation rates. It has since launched multiple programs to bring STEM education to primary and secondary schools. A STEM Discovery Academy offers a challenging curriculum to students age 3 through 7, while the Fred Rogers Academy does the same for older children. The Mayor’s Pathways to Progress project brings school districts together with the regional chamber of commerce and the local university and community colleges. It is developing career-oriented academic programs focusing on health sciences, IT and advanced manufacturing. Aurora University has founded a graduate Mathematics and Science Education Center and is helping school districts train teachers in math and science topics.

The university, community colleges and a private school are collaborating to deliver training to local business on entrepreneurship, technology and management. An Innovation Hub in the planning stages aims to foster collaboration among citizens, businesses, educators and government in the creation of a startup ecosystem.

During the bad old days, gangs took root in Aurora and the city developed a reputation for violence and crime. A long city-state-Federal effort backed by citizens’ groups has made big strides since then. Gang membership declined an estimated 70% from 2001 to 2007, while gang-related murders plummeted 81%. In 2012, the city celebrated its first homicide-free year since 1946. But reputations take a long time to change, and the Mayor’s Business Roundtable recently voted to launch a re-branding campaign to create new perceptions of the city. An award-winning online permitting process has boosted building permits to pre-recession levels, and Aurora appears on course for its next wave of prosperity.