Broadband And An Open Internet

Six US Senators, mostly from small rural states, wrote recently to the FCC about the inconsistencies they found between its recent report on broadband progress and its Open Internet order that was issued last March. 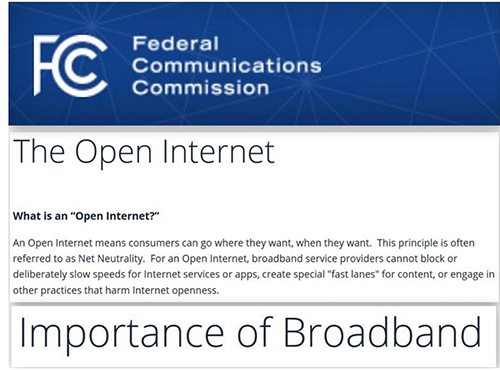 As might be expected, both sides of this dispute are somewhat off the mark. 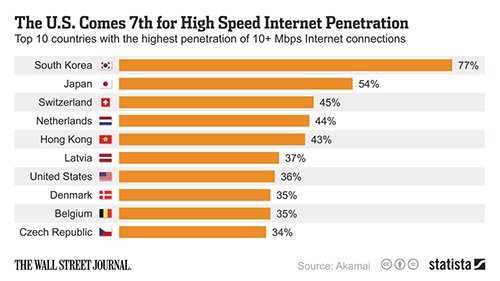 Despite the progress that is being made in some parts of the USA by private companies or municipal agencies, the FCC’s statement that broadband is not being deployed in a timely fashion is essentially correct.

The Senators’ assertion that maintaining a 25/3 broadband benchmark discourage telecommunications companies and other Internet Service Providers from delivering more than this minimum benchmark does not make a lot of sense and is not supported by any evidence. Our observation is that, in areas where these companies feel under competitive threat, they manage to find the money to invest in upgrading speeds on their networks.

It’s also worth pointing out that the speeds that are promised by ISPs are seldom delivered, as anyone who has used Speedtest or similar services can attest. This reality seems unrecognized by both the Senators and the FCC.

The focus of the FCC and the Senators on download speeds ignores the need for upload speeds, especially for those who want to use broadband for business, health care and education. In some respects, it is best to look at the combination of upload and download speeds. The FCC’s discussion about fairness to big content providers might have misled them into thinking mostly about delivery of content from a central source and not to consider the world we have, where people are both consumers and producers of content.

The Senators’ statement that they are unaware of any application needing 25 Mbps ignores the demands of even the near term future. Broadband projects, according to the telecommunications companies, are major investments — presumably made to meet the needs of more than the next six months.

There was a time perhaps a decade ago when people couldn’t figure out why they needed more than dial up speeds. Now they know and demand broadband. The FCC, the Senators and telecommunications companies all need to realize that even speeds that are above today will seem way too slow for the applications that are coming in a few years.

The Senators are correct that there is no good public policy reason to accept different broadband speeds for urban versus rural areas. Our work with rural areas, if anything, would lead us to believe that the reverse is true. Those in urban areas can still seek out a large number of customers and business partners the old fashioned way, in person. To succeed in the global economy today, those living in rural areas need higher speeds to connect with people far away.