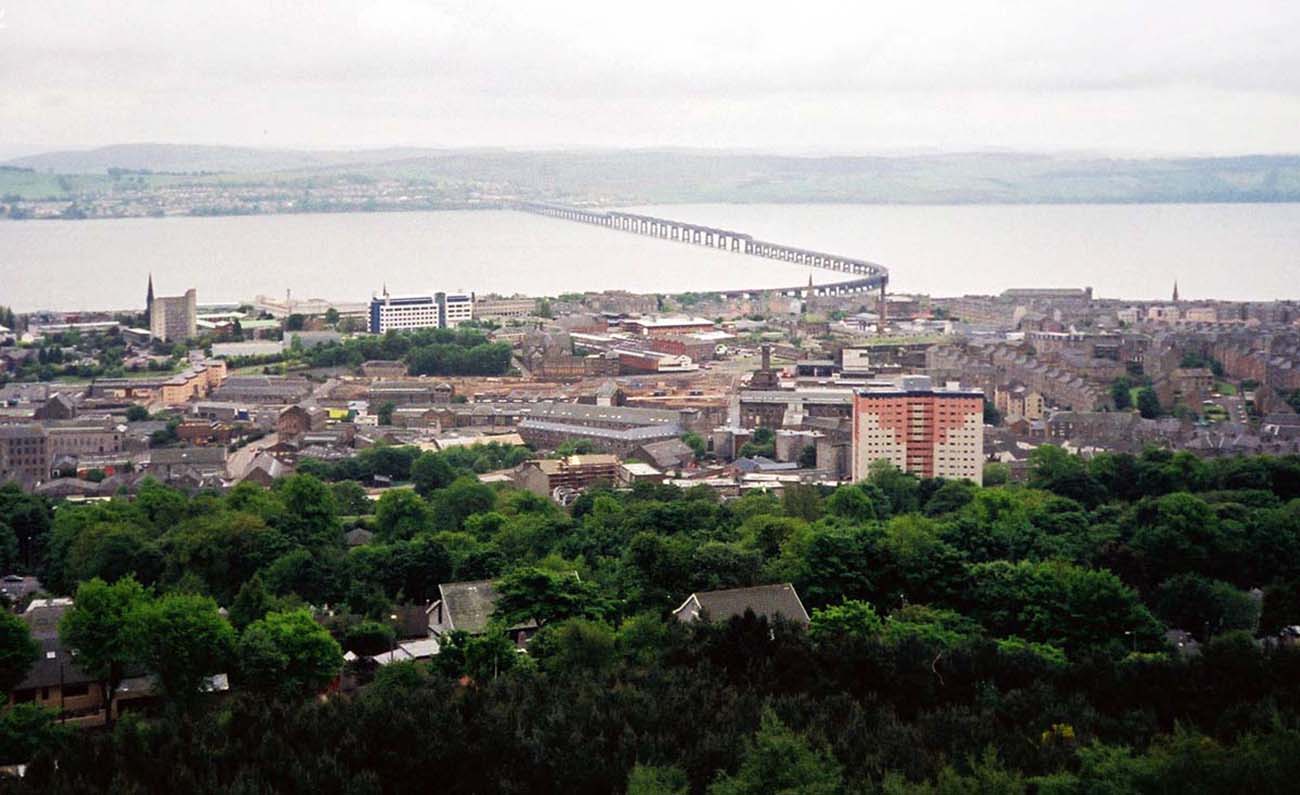 In the 1990s, the leaders of the city of Dundee looked back on two decades of economic devastation and vowed that the future would be different. In the 19th and early 20th Centuries, Dundee had been a flourishing city known throughout Britain for trading, whaling, textiles, food manufacturing and shipbuilding. Deindustrialization took hold with a vengeance, however, in the mid 1970s. Large-scale plant closures threw thousands out of work and caused an out-migration of skills and talent. Resulting union militancy did little to improve conditions but made national headlines that reinforced Dundee's reputation as a city in terminal decline. Population losses hit the retail sector hard, discouraged inward investment, and sharply eroded quality of life.

In 1991, local government created The Dundee Partnership, a joint venture among key players including city government, the economic development agency Scottish Enterprise, universities, community groups, and the business sector. Its original focus was on the traditional tools of economic development: rebuilding the city center, developing tourist and leisure facilities and attracting corporate investment. But as the 20th Century gave way to the 21st, it became clear that more was needed. For the first time in decades, the city was experiencing net job growth, despite a continuing fall in manufacturing employment and levels of unemployment that remained well above the national average. Research revealed that Dundee's university sector - including the University of Dundee, University of Abertay Dundee, the Ninewells teaching hospital and Scottish Crop Research Institute - was driving job creation, not only in established sectors like publishing and scientific research, but in such new fields as software, animation, computer games, film and television.

In response, the Partnership refocused its effort on stimulating business formation in the new sectors. A government-funded Business Gateway project began providing e-business training and support to small and midsize companies, helping to improve the e-readiness of nearly 600 companies in 2004 and 2005. Moving in synch, Dundee's universities established graduate business incubators and policies promoting the spin-out of new companies. The University of Abertay Dundee opened the IC CAVE research center to support the computer game and digital entertainment sector. A £20 million (US$40m) Digital Media Park entered into development and, by 2007, opened its first phase, consisting of 100,000 sq. feet (9290 m2) of space for e-businesses. Two new marketing partnerships, bringing together public, private and academic leaders, launched Web sites, e-newsletters and conferences promoting "BioDundee" to attract life science companies and "Interactive Tayside" to the digital media sector. Several Scottish investment programs support these efforts, including Proof of Concept, which funds pre-commercial research, and SMART/SPUR, which issues grants to small-to-midsize businesses to develop innovative and commercially viable products and processes.

By 2007, the life sciences sector employed 3,900 people including 300 scientists from across the world. Wyeth Pharmaceuticals announced that it would locate the world's first translational medical research center in the city. Meanwhile, over 380 digital media businesses have opened or moved into the Tayside region, compared with 150 in 2000. They employ more than 3,000 people and generate over £100 million (US$198m) in annual sales.

Dundee has also taken digital technology to the people. The City Council's Web site began offering online payment and processes to the public in 2002 and by 2007 had collected £25 million (US$50m) in taxes and fees. With more than 60 online applications, the Web site is used by 32% of Dundee's population and received satisfactory rankings from 86% of users. In 2006 alone, it processed 60,000 transactions and collected over £8 million ($16m).

Behind the "public face" of the Web, Dundee developed a comprehensive approach to its digital relationship with citizens. It established a Citizen Account database system that captured data on citizens (with their permission) and used it to pre-fill online forms. Some of the data was amassed through issuance of the Dundee Discovery Card, which replaced 10 separate card-related services in the city, for everything from bus service and parking to social services. The Discovery Card was the first example in Scotland of a university (Abertay) and City Council sharing a single card for their different purposes. One of the outstanding benefits of the Discovery Card, in the eyes of the City Council, is that it eliminates the social stigma attached to social services cards for low-income residents. So popular has it become - with 44,000 cards issued, used by 87% of 12-18 year olds for school meals and bus travel, and 85% of +60 year olds for leisure access and bus travel - that the Scottish Government decided to deploy a multi-application card for the whole country and asked Dundee to run the program.

This combination of digital savvy with community service is typical of Dundee. Broadband is commercially available to 100% of households, businesses and institutions in Dundee, with 48% of households and 90% of businesses currently connected. Speeds of up to 10 Mbps are available for £13-30 (US$25-60) per month. But the city also operates 300 PCs with free Internet access at locations including 12 learning centers for adults, generating 15,000 user sessions per month. At least one free-access terminal is located within 2 miles of every household in the city. A network of 350 networked bus stops provides real-time travel information to digital signs and kiosks onsite as well as to mobile phones. A professor at the University of Abertay has founded ADD Knowledge in partnership with government agencies to deliver Scotland's first home-study program for over 400,000 primary school children using next-generation video game consoles. Meanwhile, local health services use text messaging to remind patients about appointments and medications, and Dundee is proposing to become a test bed for Scotland's Project XYZ, which aims to create a WiMax network across major cities.

Dundee has come a long way since the dark days of the mid-1990s. From 2000 to 2004, the city had net employment growth of 3.4%. That average number encompassed the loss of 3,300 manufacturing jobs, a 20% growth in digital media, and 50-60% growth in life sciences jobs. New business starts rose 7% during the period and unemployment dropped, though it remains over a full percentage point higher than the average for Scotland. In 2007, the Partnership created a new group called the Digital Observatory. Its goal: to closely track Dundee's development as an Intelligent Community and provide leaders with the information they need to keep their community on the path to prosperity.