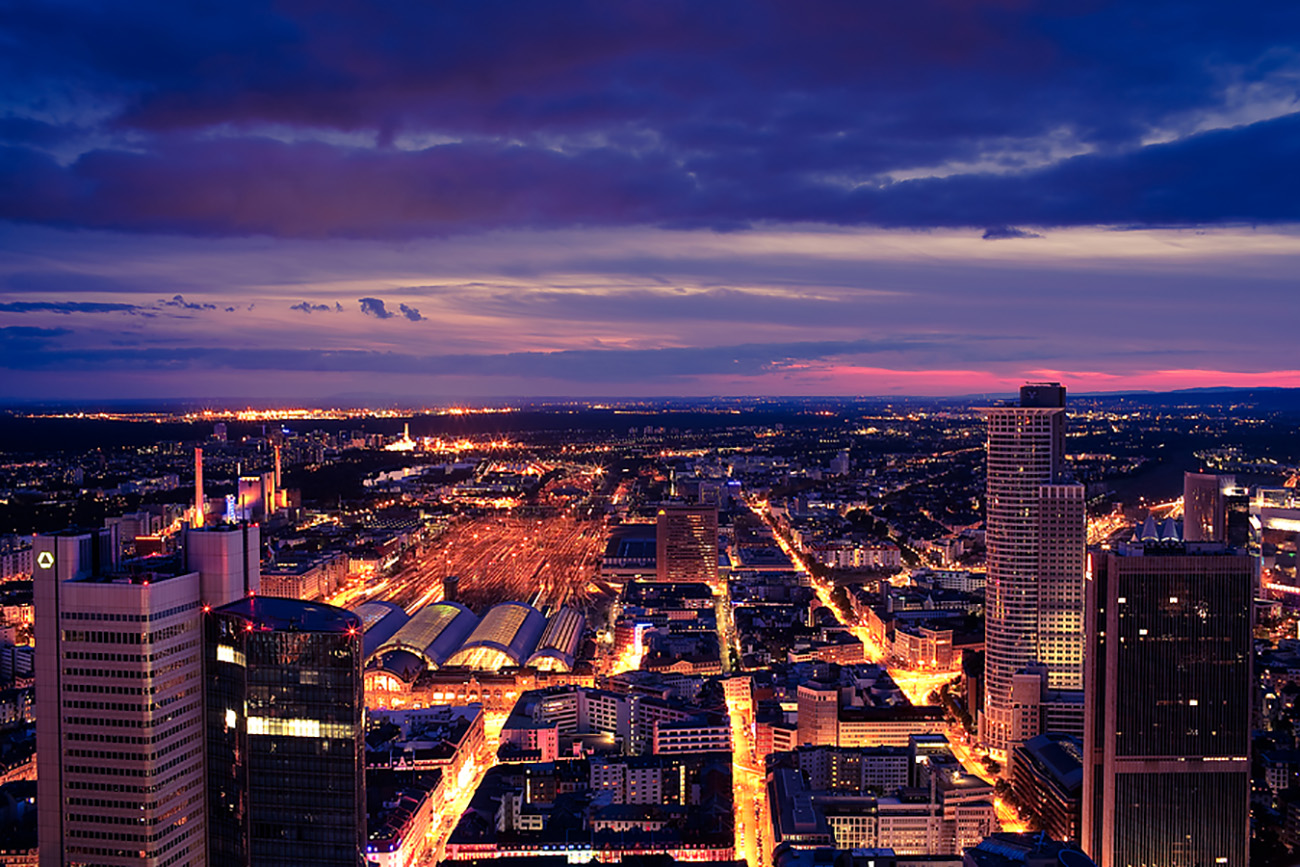 If Europe has an equivalent of Silicon Valley, it lies in a region with Frankfurt as its heart. About 5,000 software firms there – including SAP, Symantec, IHK Darmstadt Infosys and Software AG – employ 25,000 people and generate 1 billion Euros in annual turnover. Frankfurt is home to DE-CIX, Germany's highest capacity Internet hub, which handles 35% of all European Internet traffic. As the largest city in the Hessen region, Frankfurt is also a premier financial center with 300 banks, including Europe's Central Bank, and the Frankfurt Stock Exchange, home of the DAX. It functions as Europe's leading air and rail center as well, and provides security clearance for all air cargo entering Europe. Yet the city is rated among the top five in the world for livability, thanks for a mix of developed and wooded land, two winegrowing areas, numerous spas and a national park. Maintaining this balance of livability and growth in an increasingly competitive global market is the challenge to which the leaders of Frankfurt must respond.