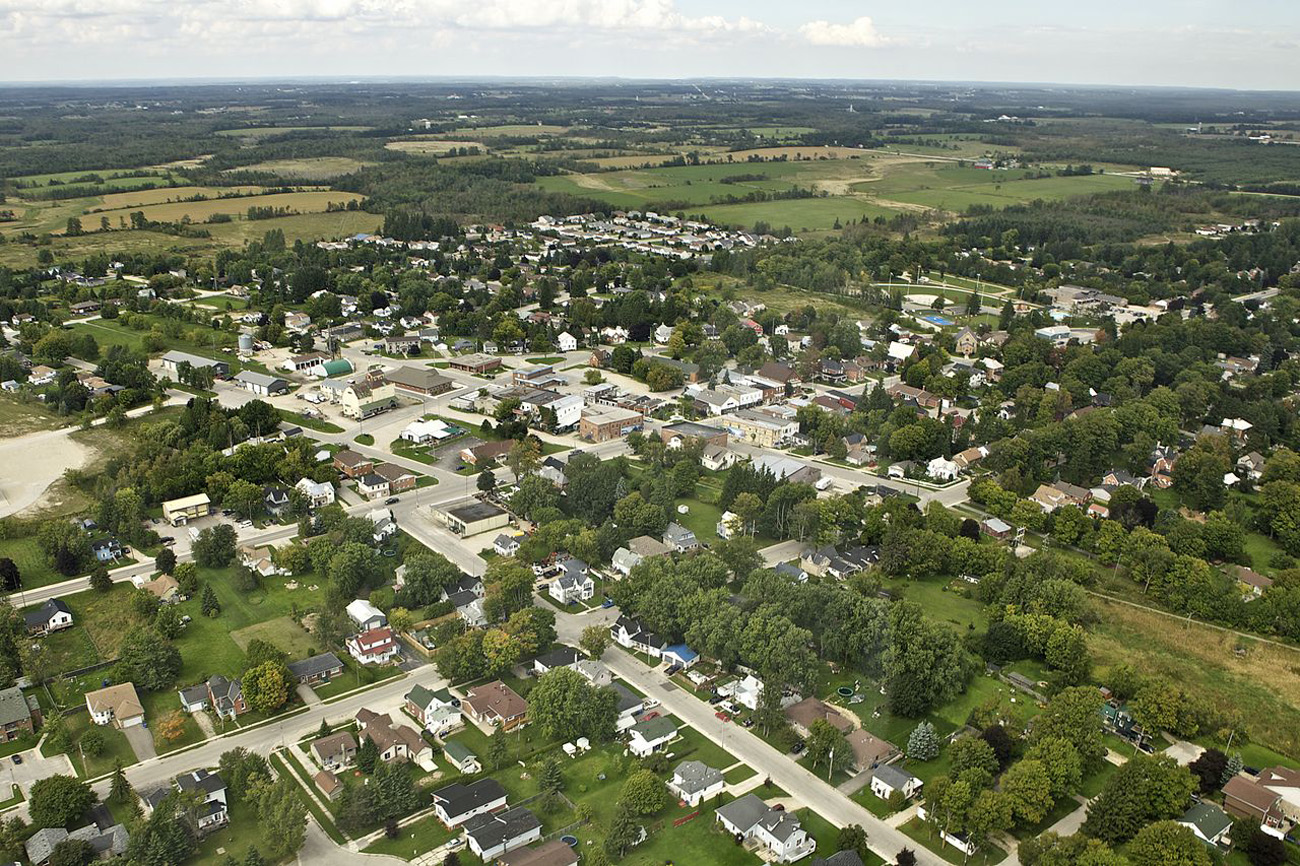 The County of Grey is a rich cultural center of Ontario with a long history of agriculture and bustling water trade. Located in "cottage country" with a population of 92,0000, the county is home to the Summerfolk Music and Crafts Festival and the Festival of Northern Lights, and the county seat of Owen Sound was even named the 2004 Cultural Capital of Canada. Like many rural areas, however, Grey County now struggles to hold onto its agricultural heritage and strength in an increasingly digital world.

In a rural county with some community densities as low as four people per km2, broadband access is always a challenge. Grey County is one of the 15 counties in southwestern Ontario that make up the Western Ontario Wardens' Caucus, which has developed the SWIFT Initiative to address major gaps in broadband coverage and lack of fiber-optic connectivity. The SWIFT Initiative began in May 2011 as a discussion about the importance of broadband to the Southwestern Ontario economy and about what regional leaders could do to address the lack of modern Internet infrastructure throughout rural Ontario. The initiative is intended to direct funding from municipal, provincial and federal governments to address gaps in broadband infrastructure and to support increased market participation of local industries and businesses in the digital economy. Five years later, the governments of Canada and Ontario announced $180 million in combined funding for the initiative. This funding will also trigger more private investments from ISPs.

The Launch Pad Youth Activity and Technology Centre (Launch Pad YATC) in Grey County is a skills building center for youths aged 12 to 18 that first opened its doors in 2015. The center was created for Grey and Bruce County youth as a learning environment with access to technology, skill training in trades valuable to the local economy, as well as arts and recreation outside normal school hours. Since opening its doors, Launch Pad has gained 250 members and has become a popular regional success story. Demand continues to grow for its services, prompting a $200,000 renovation currently in progress that will convert part of the space into a regional trades and training facility to prepare the future workforce.

As Launch Pad’s success grows, economic developers, educators and community developers across the region are now looking to learn how its model can be replicated in other communities in the county and across rural Ontario. The center has received multiple awards since its founding, including a 2016 Ontario Economic Development Award from the Economic Developers Council of Ontario. Launch Pad YATC was also selected as the 2016 Municipal Information Systems Association (MISA) Ontario Conference Charity.

Uniting Past and Future with Digital Agriculture

Agriculture and the food industry are Grey County’s largest employers and contributors to the local GDP. As in many rural communities, however, the county’s producers are facing many challenges, from competition from lower-priced imports to ever-increasing land values. The Ag 4.0 initiative is Grey County’s answer: a project aimed at connecting agricultural producers with local technical and creative professionals to promote collaboration and innovation. The initiative also seeks to support the development of a generation of rural innovators among local youth, hoping to apply their skills as “digital natives” to the requirements of “digital agriculture.”

The Ag 4.0 initiative has sparked new working relationships - and renewed old ones - with many key stakeholders and champions of the issue, including the Ontario Ministry of Agriculture and Food, Georgian College, the University of Guelph, Grey—Ag Services, and Grey County’s member municipalities. To formalize these collaborations, Grey County hosted its first Ag 4.0 Summit and Innovation Tour in November 2016, providing opportunities for producers to learn from agricultural innovators and connect with professionals from other related creative and technological fields.

Travel in Grey County is nearly impossible without a personal vehicle, with many areas offering little to no reliable public transportation. In April 2016, the county along with Home & Community Support Services launched the first phase of the MOVIN’GB pilot program. MOVIN’GB is a transportation program, a support service that provides rides to non-emergency medical appointments, shopping, banking, and various social activities and programs. The program aims to help seniors and those with disabilities find affordable transit in the Grey County municipalities of Owen Sound, Meaford, Blue Mountains and Grey Highlands. The MOVIN’GB pilot project helps both to decrease per-ride costs for passengers and to increase profitability for service providers, not to mention beginning to address the climate impacts of a transportation system based solely on private vehicles. If it proves successful, Grey County plans to expand the program’s service area to include other parts of Grey and Bruce Counties and also its eligibility to include youths and people without access to affordable transportation.

The future looks bright in Grey County as farmers step into the digital world with the help of their technically-skilled neighbors and local youths train to become the next generation of innovators.