How Can You Miss It If It’s Never Been Gone?

There is a small ray of light in this dark American election season. The Presidential contenders actually agree on something: the need to bring back manufacturing in America. To quote from an editorial by Binyamin Applebaum:

Trump’s keynote proposal is to encourage domestic production by taxing imports — an idea more likely to cause a recession than a manufacturing revival. Clinton is promising to basically extend the efforts of the Obama administration, which said it would create a million factory jobs. With just a few months left, the president is still more than 600,000 jobs short.

This longing for a return of manufacturing jobs is no surprise. The heyday of manufacturing was also the peak earning period for people, mostly men, whose education ended with high school. The decline of manufacturing beginning in the Seventies also marked the long decline in the fortunes of those lacking the knowledge and skills to have a good career in the growing services economy. Since 1979, the US has lost 7.2 million manufacturing jobs or 37% of the then-total. The result has been declining incomes, lost hope and the groundswell of rage that propelled Mr. Trump to the Republican nomination. 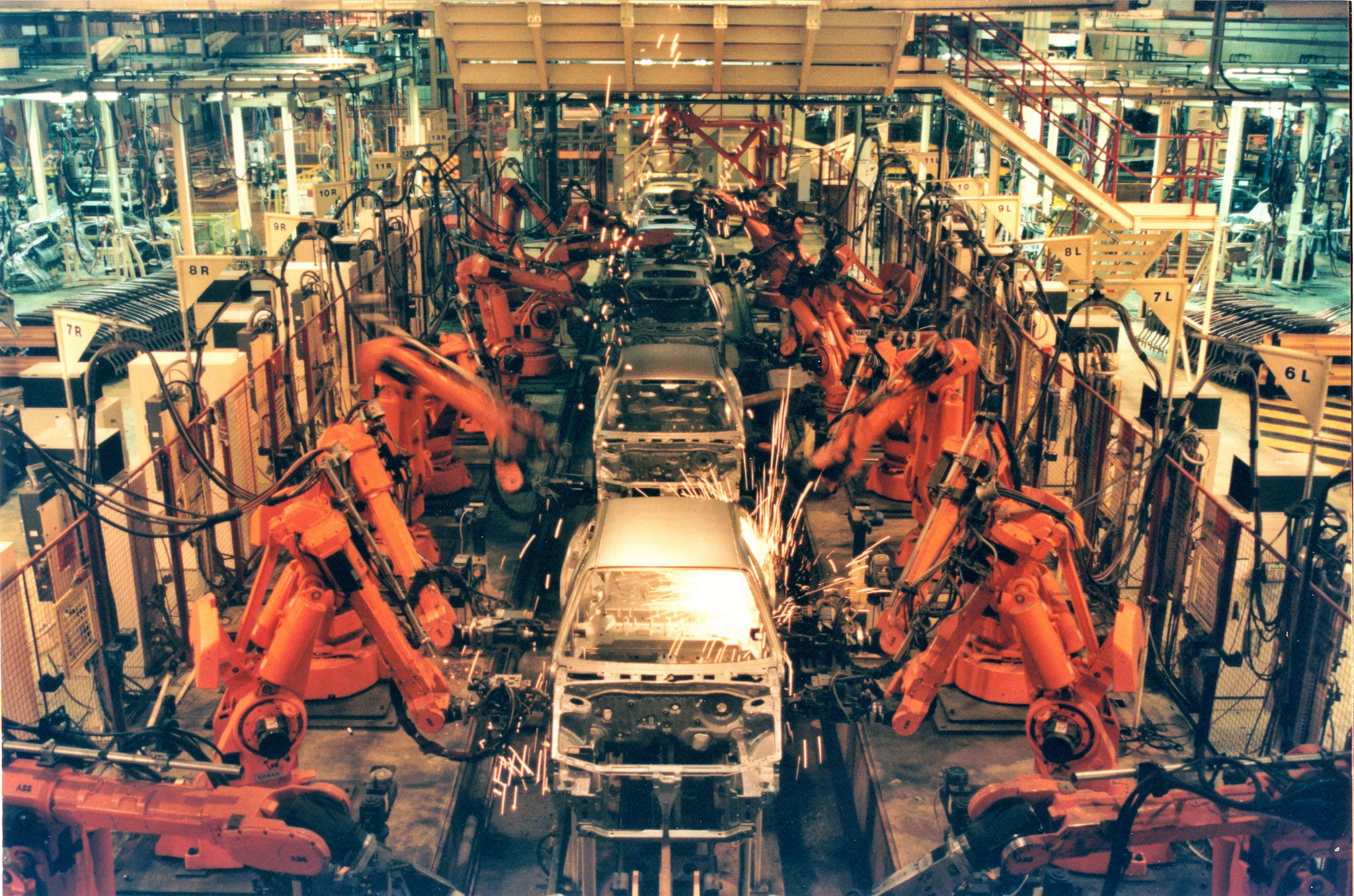 Nor is this just a US phenomenon. According to OECD data, the UK and Australia have seen their share of manufacturing drop by two-thirds since 1971. Germany’s share halved, while in South Korea, the manufacturing share of employment has fallen from 28% in 1991 to 17% today.

So, can we bring manufacturing back? That is going to be one tough assignment – because manufacturing never left. In the first quarter of 2016, US manufacturing output hit a record high. We broke that record using 7 million fewer people than we used to, which shows the raw power of technology innovation – in this case, factory automation – to get things done faster, cheaper and better.

There’s nothing surprising about it. Agriculture went through the same thing in the 20th Century. In 1900, farming employed 12 million Americans or nearly 50% of the workforce. By 2000, the number was below 4 million and it represented less than 3% of a much larger workforce. Yet nobody talks any more about how we have to bring back agriculture. In the 1960s, one American farmer supplied food for 26 people; by 2000, that same farmer was feeding 144 people. It is hard to argue with that kind of progress.

So many communities – including leaders of the Intelligent Community movement – struggle with issues of rising economic inequality, eroding “middle-skilled” jobs and the growth of low-wage service jobs. We focus a lot on creating a high-skilled workforce able to prosper in the knowledge economy. In the process, we conveniently forget how much demand there is for relatively low-skilled occupations. The occupations with the highest growth potential today include home health aides, nursing assistants, food service workers, retail salespeople and customer service reps. They are “bad” jobs earning low wages and typically – in America at least – without such basics of civilized life as paid time off, health insurance and pensions. How are they supposed to provide a decent quality of life in a hard-charging knowledge economy?

We also forget that manufacturing jobs used to be “bad” jobs, too. In the early decades of last century, men, women and children throughout the industrial world were working 12-14 hour days for low wages. Conditions were dirty and dangerous, and workers faced beatings and fines for any breaking of the rules. In America, the Triangle Shirtwaist Factory fire in 1911 killed 145 employees, mostly women, in an industrial accident that galvanized the nation.

So how did those “bad” jobs become “good” ones? We made them that way. Unions organized, despite the brutal response of factory owners. Gradually, a growing segment of the population came to support them and new labor laws made manufacturing jobs some of the most desirable in the world and – despite forecasts of ruin by factory owners – made America one of the great manufacturing powers of the world.

We did it then. We can do it again. Heck, we are doing it. Walmart, the world’s biggest company, has reversed a decline in its business with a bold decision in 2015 to pay its employees more. Cities across the US are passing laws to raise wages and improve working conditions in the services jobs (including Uber drivers) most likely to employ most workers.

The community is where the social and political innovations of tomorrow get their start. This one is just getting started, but look for it to go global over the next decade.

About Robert Bell
Robert Bell is co-founder of the Intelligent Community Forum, where he heads its research, analysis and content development activities.
See other pages related to Blog Robert Bell
Share on