Innovation is Important. What the Heck is It?

Actually, none of that is why innovation is important.  The guy who first uncovered the truth was Stanford University professor Moses Abramovitz. 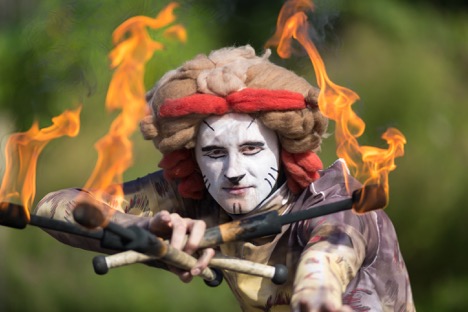 Search for the X-Factor

Back in the 1950s, he decided to test economic theory on some real-world data.  He set out to track the growth in the total output of the American economy from 1870 to 1950, and to analyze what caused it.  It was a mighty undertaking in those days of paper records and mechanical calculators.

Economic theory of the time said that there are two kinds of inputs to the economy: capital and labor.  Capital is the money invested by businesses, institutions and govern­ment.  Labor is the people they employ.  You invest a few million dollars or Euros or pounds in a factory and raw materi­als.  You hire hundreds of workers to staff it.  Out of the factory come products and out of the economy comes growth.

Abramovitz assembled his data and was able to produce figures for the total output of the economy between those years.  Then he measured the growth in the classic inputs and, finally, made reasonable assumptions about how much economic juice the growth in capital and labor should add.  Growth in A plus growth in B equals growth in C.  Simple, right?

Not so much.  It turned out that the growth of inputs between 1870 and 1950 could only account for about 15% of the actual growth in economic output.  Eighty-five percent of the growth was coming from some X-Factor and neither Professor Abramovitz nor anybody else could say what it might be.  Until 1987, when Professor Robert Solow won the Nobel Prize in Economics for demonstrating that the intro­duction of new technology was responsible for as much as of 80% of economic growth.

And that’s why it matters.  Whatever the size of your community, if its employers and businesses are not creating new stuff or putting new technologies to work, you are missing out on 80% of the potential growth available to you.  It is why innovation is one of the most vital of the six Factors in the ICF Method.

We have just published a ranking of the 30 most innovative communities in our global data set.  The choices may surprise you. We identify them as innovative not because they are home to tons of high-tech companies, but because they are working to ensure that innovation benefits more than an elite few but the greatest number of people and organizations.

About Robert Bell
Robert Bell is co-founder of the Intelligent Community Forum, where he heads its research, analysis and content development activities.
See other pages related to Blog Innovation Robert Bell icf rankings
Share on