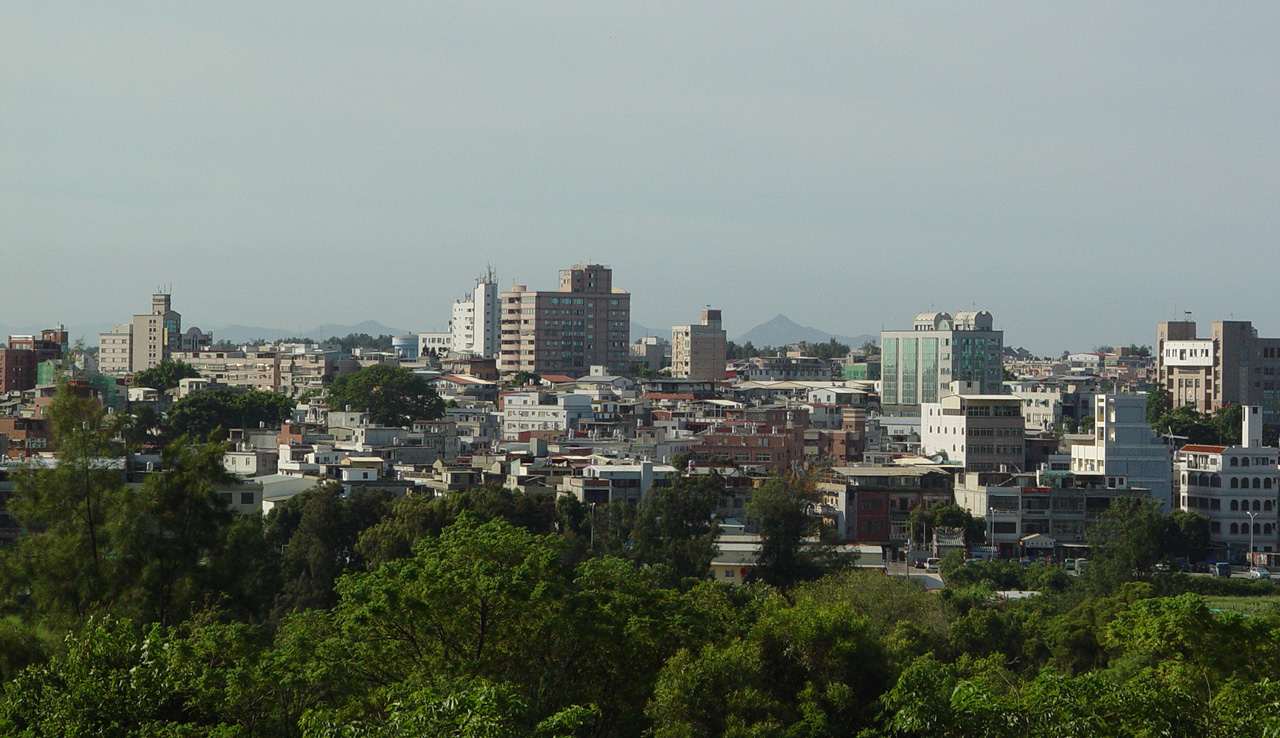 Kinmen County is an archipelago of islands separated from mainland China by a mile or so of water. But it is part of Taiwan, whose main island lies 100 miles (161 km) to the east. That geographical oddity has done much to determine the county’s past – and also hold the keys to its future.

Kinmen became part of Taiwan in 1912 and was occupied by the Japanese during the Second World War. Following the establishment of the People’s Republic of China on the mainland, the PRC laid claim to Kinmen, which triggered its transformation into a military base that was home to more than 100,000 soldiers. The base withstood heavy artillery fire during two Taiwan Strait crises in the 1950s. It would be nearly 40 years until the military control of Kinmen County was lifted. That milestone in cross-Strait relations, however caused annual economic growth in the county to plummet from 10.5% to under 1% in the following ten years.

By 2014, only 3,000 soldiers were still stationed in the county. But in that same year, Kinmen received 1.2 million tourists and other visitors from mainland China, the rest of Taiwan and the Chinese populations of Singapore, Malaysia and other nations. An economy built on conflict had found a new focus and the leaders of Kinmen County were determined to continue its growth and create a diverse economy capable of retaining young talent and connecting its citizens to the world.

The epicenter of the tourist economy is the Kinmen National Park, which preserves the vast military infrastructure of what is known locally as the Battlefield. One out of every three visitors tours the military camps and enjoys digital, interactive and real-life simulation games that recreate the tensions of the 1950s. These include interactive touchscreens and a 3D tour map accessible both onsite and through a mobile app, while a Facebook page and YouTube channel provide external marketing. In 2009, the county launched the world’s only Tunnel Music Festival, which takes place in one of the vast tunnels constructed to protect military supplies. It now attracts thousands of tourists from around the world each year.

The county has also poured investment into restoring hundreds of historic buildings that showcase traditional architecture. An interest-free loan program encourages young adults to launch tourism-related businesses such as guesthouses there. Two major real estate developments are also driving tourism as well as creating local employment. The Wind Lion Plaza provides duty-free international boutiques focusing on regional culture and green technologies. The Golden Lake Hotel attracts both tourists and business people from China and Taiwan. They take advantage of Kinmen’s new role as a weekend tourist destination for Taiwanese and Chinese mainlanders, and the relocation of businesspeople to the island for easier access to the vast markets of the mainland.

Kinmen County leaders are not content, however, with attracting visitors and their spending. County government has invested millions of New Taiwan Dollars (NTD) in education. The Taiwan Academic Network provides gigabit connectivity to primary and secondary schools as well as universities and cultural and research centers, with a submarine cable link to the network center in Taoyuan (a Top7 Intelligent Community, most recently in 2017). Schools run robotics summer camps and Digital Opportunity Centers provide training courses and enrichment activities for students ranging from age three to seventy-eight, regardless of income level. The county operates five senior learning centers for its elderly population offering courses in life safety, healthcare, advocacy and, of course, digital skills, which have reached tens of thousands of residents.

These support parts of the economy having little to do with tourism. The Kinmen Kaoliang Liquor distillery, established by the county in 1953, has substantially upgraded its operations, distribution and marketing. Its Kaoliang fortified wine has a 75% market share across Taiwan. Because the long military occupation of Kinmen left so much of the land undeveloped, the county also has a large livestock industry, which generates half of the value of the county’s agricultural economy. Beginning in 2006, with the encouragement of county government, the distillery worked with the Livestock Research Institute on re-purposing as cattle feed the large volume of rice, malt and grain residue left from brewing. The livestock industry, with support from a national government ministry, is also moving up the value chain. A NTD 100 million investment has created the county’s first meat processing plant, and innovative companies are developing businesses that turn by-products, such as excess fat, into skin care products and bath supplies instead of burying them in landfills.

Between 10 and 15% of university graduates choose to remain in Kinmen County and seek employment each year. The universities, along with the Industrial Development and Investment Committee of Kinmen, hosts career fairs and has re-purposed an abandoned military base as the home for start-up companies. County government has spurred innovation in its small-to-midsize business sector with millions of NTD for research, which has produced nearly double that level of private-sector investment and additional revenues of nearly 130 million NTD as of the end of 2017.

Conservation and sustainability are important values in Kinmen County. Investments in solar power systems, wind turbines and microgrid energy storage are meeting one-fifth of total demand for electricity. The Low Carbon Island program, launched in 2013, led government to install 5,000 kW of solar systems on public buildings, schools and universities, leading to a reduction of 1.24 million kilograms of carbon dioxide through May 2017.

The foundation for these positive changes lies in the network. In keeping with the national i-Taiwan program, Kinmen County has installed hundreds of Wi-Fi hotspots across its offices, libraries, tourist attractions and public transport and facilities. In the five years ending in 2017, the wireless network supported more than 43,000 sessions with traffic of 3,900 Gbits. So successful has unwired broadband been that the usage rate of fixed broadband actually decreased slightly from 2012 to 2017, when mobile broadband adoption reached 93%.

Yet the past is never far away in Kinmen County. One of its unique products is the Kinmen Knife. It was developed by local artisans from the remains of the artillery shells fired by China into the county in the Fifties, and the high-quality knives are sought after by chefs and connoisseurs. In sharp contrast to those times, Kinmen County imports more goods from the mainland than from Taiwan due to the lower costs. The county’s future will continue to depend on combining the best of both worlds for the benefit of its people.

For additional images of Kinmen County, see “Taiwan’s Kinmen Islands, Only a Few Miles From Mainland China”, The Atlantic, October 18, 2015.