Life in the broadband economy can be a real killer.

No, I am not talking about the horrific ISIL attack on Paris, despite the online propaganda skills of that 12th Century band of cutthroats. Instead, I am referring to an insight brought to us by two Princeton economists, Ann Case and Nobel prizewinner Angus Deaton.

What they found is that white poorly-educated white Americans of middle years are dying faster than they did in the 20th Century. Specifically, the mortality rate for whites 45 to 54 years old who have no more than a secondary school education increased by 134 deaths per 100,000 people from 1999 to 2014.

Doesn’t sound like much, does it? That trouble is that the death rate for younger and older people of all races and ethnic groups fell during the same period. 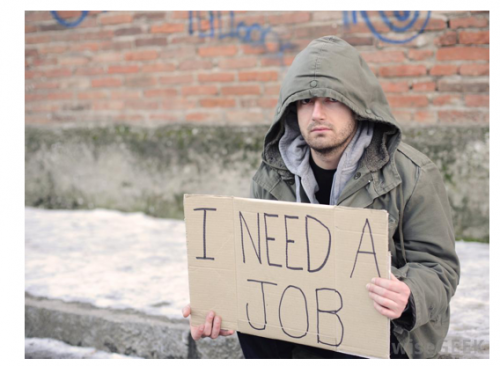 There has been only one contemporary trend as bad as this one, according to Dr. Deaton, and that was the HIV/AIDS crisis. And the numbers are not the worst part. The worst part is that the causes of death do not appear to be heart disease, diabetes or any of the other usual suspects. Instead, the rising death toll comes from suicide and the impacts of substance abuse.

These are the diseases of despair. Over the past forty years, no other group in the American economy has been hit harder by automation in the workplace and the rising demand for higher skills in what used to be manual and low-skilled jobs. People of color have hardly been immune: middle-aged African-Americans still have a higher mortality rate than whites. The difference is that the white middle-class has fallen from a high place – an industrial economy where hard work was well-rewarded – while opportunities for minorities have grown as we have slowly drained racism from our laws, if not yet from our hearts.

Can national policy, state or provincial policy come to the rescue? I am doubtful. Will Smart Cities innovate their way out of the problem? Not likely – though they may “solve” it in the same way that gentrification “solves” poverty, by moving the poor somewhere else.

If there is an answer, it lies in the very humanity that has been so ravaged by technology change. It lies in, of all things, habit.

In any society, people on the downward slope have bad habits. Okay, let’s say “maladaptive” instead, for it is a matter of adaption, not morals. Like every human being, they don’t like change. Like many of us, they don’t like learning new things, whether from bad past experience, the culture of the place they live or fear of failure. Resistance to learning is the bad habit that needs to be broken. And that is one very big job, as anyone who has worked in remedial education can tell you.

Most of our new Smart21 Communities have programs aimed at training their citizens in digital skills, as well as skilled trades and business basics. To succeed, those programs need patient, persistent leadership and the willingness to invest for the long haul. But these are not enough. Most of all, they need community.

It is in a caring community that we can let go of old habits and start building new ones. Change does not come from a program. Change comes from the person in that program whose eyes are opened and whose courage is rekindled. That only happens in a community with a gift not just for technological intelligence but emotional intelligence as well.

Policies and technologies will not reduce the death toll of the broadband economy. Communities will. The only cure for the diseases of despair is the elixir of hope.

About Robert Bell
Robert Bell is co-founder of the Intelligent Community Forum, where he heads its research, analysis and content development activities.
See other pages related to Blog Broadband Robert Bell
Share on