Looking Forward: Talk to Anyone in Any Language?

It’s been clear for some time that the Internet can connect everyone around the globe – in theory. This opens up tremendous potential for collaboration, mutual economic growth, education and a variety of other benefits. We’ve seen many of those benefits, but we still haven’t touched the surface.

Among other reasons the true potential of a globally connected world hasn’t yet been realized is that many people still can’t communicate when they communicate – they don’t speak the same language.

So it has been interesting to me to see the recent improvements in real time translation on the Internet. I’m not talking about the translation of text that has been around for a couple of years through, for example, Google Translate of websites or even the very useful app, WordLens, which I have used in my travels when I had to read foreign signs.

No, the new improvements are in speech – taking speech from one language and ultimately, quickly converting it correctly into another language. Although text translation is not easy, speech introduces much greater challenges.

These new real-time voice translation services and devices aren’t perfect, but they’ve improved enough that they are usable. And that usability will begin to make all the difference.

Last year, Google took its Translate app into speech. You can see a quick video example here. Google claims it can handle 90 of the world’s languages.

Then, more recently, Skype made its Translator generally available, although it’s clearly still in a sort of test mode. For English, Spanish, French, German, Italian and Mandarin, Skype describes its capabilities quite simply:

“You can call almost anyone who has Skype. It will translate your conversation into another language in near real-time. What someone else says is translated back in your language. An on-screen transcript of your call is displayed.” 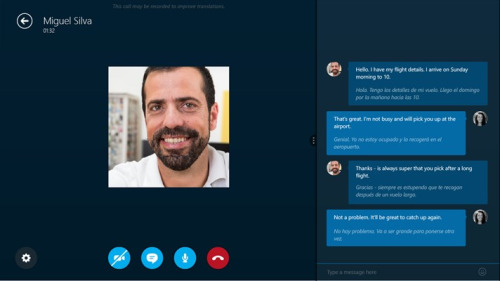 They have a charming video of school children in the US and Mexico talking to each other somewhat awkwardly.

There’s another video, titled “Speak Chinese Like A Local” with an American photojournalist in China arranging a tour for himself.

This translation work hasn’t only be done in the US. The Japanese have also been busy at this task, in their own way.

While not using the Internet, a Panasonic translator – in the form of a smart megaphone – will be tested at Narita Airport to translate between Japanese, Chinese, Korean and English.

Then there’s the “ili”, a portable device (also not connected to the Internet) which translates between Japanese, Chinese and English. The company describes it as “the world’s first wearable translator for travelers”. They’ve posted a video at https://www.youtube.com/watch?v=B6ngM0LHxuU. The video is a strange combination of cute and creepy, but it gets the point across.

These developments have led some stories to proclaim the arrival of the universal translator of Star Trek. But as Trekkie experts say, unlike the one in Star Trek, this doesn’t read brains, which may have been a necessity to communicate with non-human species.

On the other hand, if you only want to talk with other people, the new language translators are pretty good substitutes ;-) With more use, they can only get better, faster, all the while helping to improve understanding between people around the world. 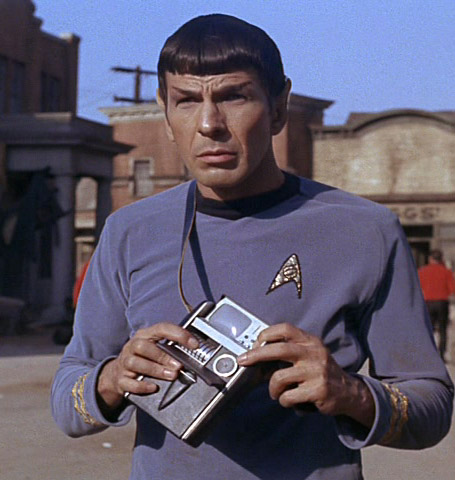