The maker movement is one of the hottest trends in the public library world. Maker spaces in libraries have the latest in 3D printing technology, digital media tools and other tools for the creative person who wants to make things. These are full-fledged STEAM (science, tech, engineering, arts and math) labs. 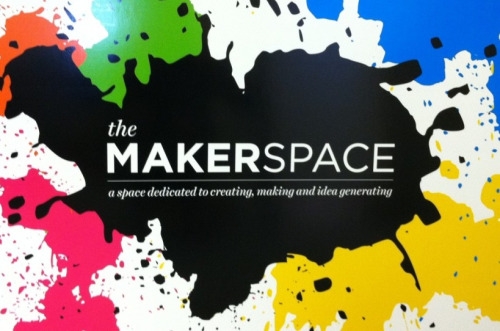 As you might expect, there are maker spaces somewhere in most major urban and suburban libraries.

But what is perhaps surprising and intriguing is the growth of maker spaces in small towns and rural areas — and why maker spaces are especially needed in those places and why those areas are fertile ground for maker spaces.

The countryside is known for the mechanical skills of many of its residents. Perhaps these skills were developed in response to distance from major service hubs and the necessity to keep farm and household equipment going.

For at least the last ten years, much traditional mechanical equipment has become computerized. And engines have become more reliable. So mechanical skills just aren’t as useful anymore.

Or maybe they are. That is what I think has caught the attention of rural librarians. Leah Hamilton, the manager of the Phelps Library in a small upstate New York town that had one of the first makerspaces in the USA, puts it this way:

“The library is a place for idea-sharing, … Our region has a wealth of manufacturing industries, and these businesses require well-trained, highly qualified employees. … We can provide the tools for inspiration of invention and the betterment of people’s livelihoods.”

Considering their limited budgets, it’s amazing how many of these libraries in rural areas have built makerspaces.

These are in small towns in Wisconsin, with populations well under 10,000 residents, like Sauk City’s 3D printer or Lomira’s MediaLab. They’re in the old, but small (population 12,000), city of Beaufort, South Carolina.

A couple of years ago, the Idaho Commission for Libraries began its “Make It At The Library” project, a network of makerspaces in small libraries across the state.

There are small and rural libraries with makerspaces arising in places as widespread as Maine, Montana, New Mexico, small town New Jersey, Canada and as far as the United Kingdom and New Zealand!

As interesting as the adoption of makerspaces is, it is part of a larger picture about the technology and leadership role of libraries in small towns and rural areas.

A few months ago, Professor Brian Whitacre of Oklahoma State University and Professor Colin Rhinesmith of the University of Oklahoma published interesting research that dealt with another part of this larger picture:

“Rural libraries have long been a crucial part of the small-town way of life … Now we’ve found through a new study that rural libraries may also provide another important benefit: They may increase local rates of household broadband adoption.

“Our study found that, even after controlling for other things that likely influence broadband adoption (such as levels of income, education, and age), an additional library in a rural county was associated with higher residential broadband adoption rates … libraries were the only type of ‘community anchor institution’ to show any kind of relationship.”

Whether it is makerspaces or enabling necessary connections to the global Internet, these rural libraries are playing the role that all libraries should — fulfilling their potential as the central institution in a digital world and a knowledge economy.