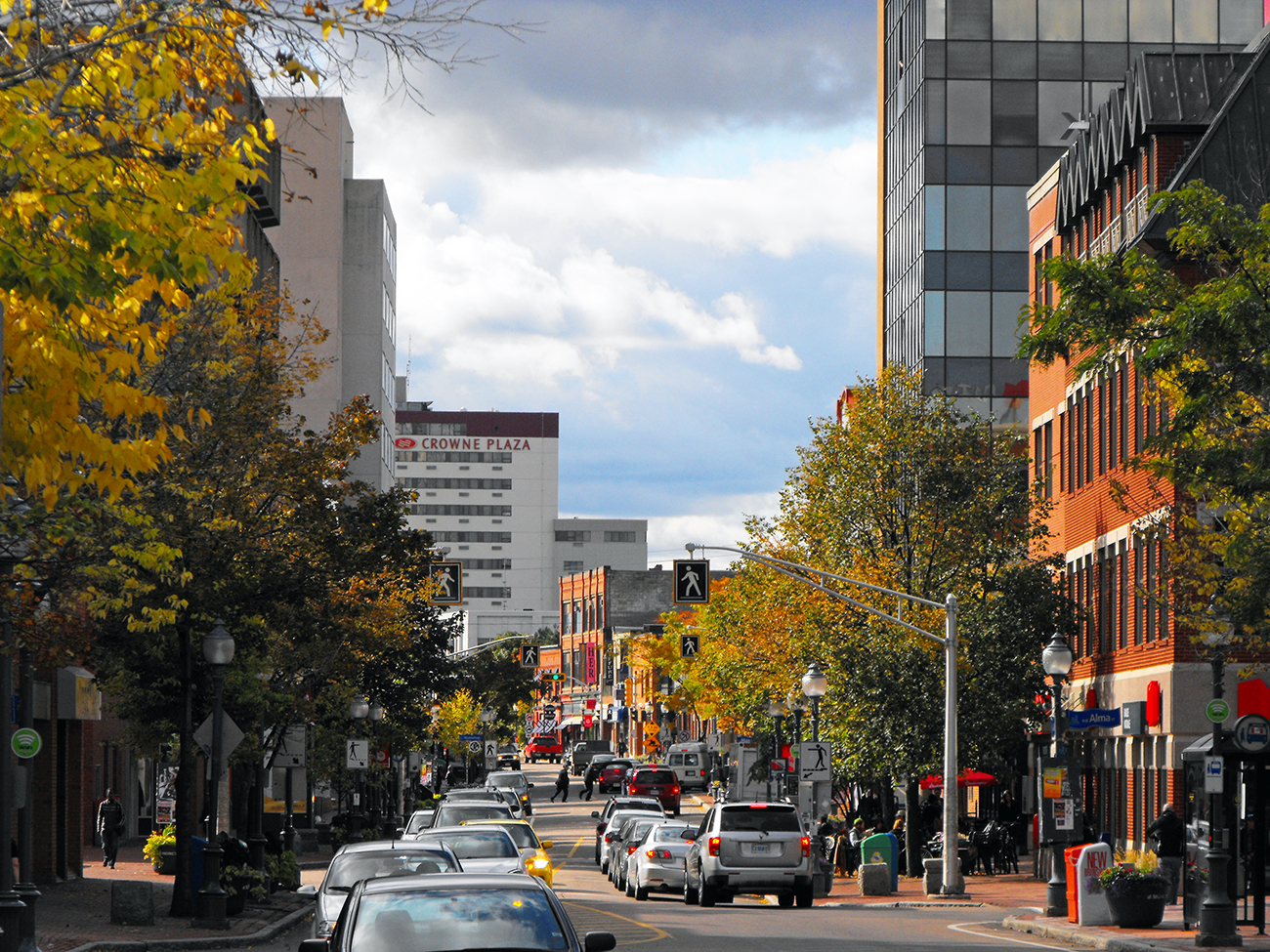 For most of the 20th Century, the city of Moncton was the transportation hub of Atlantic Canada, a region made up of the four provinces bordering the Atlantic Ocean. The Canadian National (CN) railroad had its repair shops in the city, and a cluster of transport-dependent employers, such as the Catalog Center for the nationwide Eaton's department store chain, formed to take advantage of fast, convenient access to the national rail network. CN employed 5% of the workforce and its purchasing generated thousands more jobs.

In the 1980s, however, Moncton experienced the perfect economic storm. CN announced in 1985 that it was closing down the Moncton Shops facilities in a drive to boost productivity. The Eaton's Catalog Center also closed as the department store business model fell under attack, and several local factories fell prey to the period's rapid de-industrialization. A once-proud transportation cluster found itself facing not only economic upheaval in the short term but serious worries for the future. Because rail and transportation had dominated its economy for so long, Moncton's workforce was educated for an era of manual work, not the emerging knowledge economy. The city's downtown had a high vacancy rate and, due to lack of investment, the community's physical infrastructure was in decay.

Moncton’s historic motto is "Resurgo," Latin for "I rise again." As the Eighties came to a close, it was an open question whether Moncton would ever be able to rise again.

ICF has identified strong collaborative leadership as a critical factor in the success of Intelligent Communities. The Moncton story explains why it is so important.

Moncton responded to the crisis by organizing a series of regional economic development planning exercises beginning in 1989. The first planning process, Symposium 2000, brought together local government and business leaders not only from Moncton but from the neighboring city of Dieppe and town of Riverview, as well as provincial and federal agencies. But it was not just a talking shop. The government and business leaders came prepared to make deals, and they reached agreement on a series of big steps. They formed and agreed to fund the Greater Moncton Economic Commission, the first regional economic development agency, and subsequently approved its first strategic plan. They forged a partnership between local and provincial government to focus on attracting new business to the region and made individual commitments to infrastructure investment. Most important, they formalized collaboration among Moncton, Dieppe and Riverview on sharing the management of municipal services such as water and policing, and on joint development of projects like the Greater Moncton International Airport. This collaboration reduced the costs of government in the region while focusing everyone on pursuing new economic opportunities.

In the late Eighties, the hot opportunity turned out to be the call center. Both outbound and inbound call centers experienced a boom in this period, and Moncton had the potential to benefit because of its low costs and one special attribute: it has one of the highest rates of bilingual workforce in Canada, with half of the population speaking French and English. Both leadership and collaboration played a role in what happened next. The incumbent carrier NBTel (now Aliant Telecom), proved willing to step up to meet new requirements. The first Canadian carrier to build a 100% digital network in the early 1990s, Aliant created a suite of services to support call centers, including the leasing (rather than purchase) of costly switches and systems for home-based employees. The provincial government joined forces with Moncton to actively promote the city as a place to base telecom-intensive service and IT operations. The province helped the city to attract call centers for over two dozen national and international firms including ExxonMobil, UPS, FedEx and the Royal Bank of Canada. By 1994, call centers had become a major source of new jobs, exceeding goals set in 1991. But the 1994 plan recognized that success in call center development was not enough; the next step was to focus on "knowledge businesses" – natural and applied sciences, business and finance, computer programming and information systems.

With the call center business continuing to attract companies including Fairmont Hotels, Rogers Communications and Lottomattica, Moncton increasingly saw homegrown ICT businesses prosper, from the Atlantic Lottery Corporation and Red Ball Internet to Vimsoft and PropertyGuys.com. By 2006, almost 45 out of every 1,000 workers in the Moncton Census Metropolitan Area (CMA) worked in customer service, information or related clerk positions, compared with an average of 12 for Canada. Moncton had witnessed a 300% increase in employment in ICT companies, a 153% increase in employment for graphic designers and illustrators, and a 43% increase in jobs for writers and translators. While New Brunswick suffered a net loss of 3,900 people from 2001 to 2006, the Greater Moncton area gained 6,800.

In 2008, the call center sector paid more than C$290 million in payroll and generated a total of C$765 million in regional economic activity. But newer businesses were also making an impact. The community's hospitals have become catalysts for an emerging life sciences cluster focusing on medical informatics, bio-markers and bio-statistics. The Atlantic Cancer Research Institute is the largest in Atlantic Canada. L'Université de Moncton is well known for research on cellular lipid metabolism and is home to New Brunswick's only medical school, while private company DDx Health Strategies is pioneering in remote support for the pharmaceutical industry and MedSenses offers health care e-learning solutions. A local entrepreneur went from working as a video game repair technician to creating a state of the art video lottery machine system. Global lottery giant GTECH acquired this Moncton grown company in 2004 and was itself acquired in 2006 by Italy's Lottomatica, which chose to maintain production of the systems in Moncton. The result has been a gaming cluster, which now includes a unit of Oracle and a significant number of homegrown companies and development centers for multinationals.

Moncton ploughed economic growth back into infrastructure, building a new City Hall, widening bridges and roads and opening up parcels of land to development of corporate headquarters, call centers and media studios. One of the most satisfying milestones was the opening of the Emmerson Business & Technology Park on the brownfield site that had been home to CN's Moncton Shops. The developer, Canada Lands Company, put C$50 million into cleanup and redevelopment of the 249-acre site, which also includes the CN Sportplex and residential units.

Connecting to the Internet Age

Greater Moncton's latest plan, Vision 2010, calls for updating the region's economic development for the Internet age. In 2007, Moncton partnered with Cisco and Hewlett-Packard to install the first free outdoor wireless mesh network in Canada. In a mesh network, data traffic is handed off between wireless nodes, most of which operate without a landline connection. This reduces the cost of cabling but requires high-quality design and a large number of nodes to succeed. City workers installed the entire system, mostly on lampposts and traffic signals, in three days across six city blocks. The network has since been expanded selectively to local parks, shopping districts and the Magnetic Hill concert site, where it supports e-commerce for local merchants as well as communication and Web browsing. The City has even created a Community Access mobile WiFi service that allows it to deploy coverage for special events on demand.

But mobility is not just for sporting events and concerts. Moncton's municipal buses also offer free WiFi. By making it convenient for bus riders to access broadband, the new service has increased usage of public transit, with positive impacts on both emissions and congestion. In response to demand, the bus fleet is scheduled to grow from 27 to 52 buses by the end of 2010.

Moncton is also deploying ICT to improve municipal services. A van equipped with high-speed data collection technology evaluates the condition of pavement on city streets and feeds information into the city's Asset Management System. The city has also installed 20,000 wireless meter-reading devices in its water system. They measure water flows so precisely that they can detect leaks within the household, which saves citizens money while promoting conservation. Building inspectors and other outside workers are taking laptops on the road and connecting securely into city systems to access information and file reports.

One constant amid these waves of changes has been the process by which Moncton built and continues to build its broadband future. Community leaders in government, academia, institutions and businesses continue to connect and collaborate to a remarkable degree. From 2004 to 2008, the chair of the City Council's Prosperity and Economic Affairs Committee was the founder and chair of the public-private Moncton Technology Planning Group (MTPG). Members of MTPG have been board members of Enterprise Greater Moncton. The Mayor of Moncton and senior staff also sit on the Board of Enterprise Greater Moncton, and are involved in MTPG as well as the city's Prosperity and Economic Affairs Committee, of which the past chairman of the Chamber of Commerce is a member. Representatives from provincial and national government agencies also have representatives in most of the groups. In some places, having such a tightly knit leadership group becomes a barrier to progress by reducing transparency and stifling new ideas. But in Moncton, it seems to have been key to the successful fight back from the economic brink and the continuing effort to build a strong, diverse and prosperous community.

In the News
Read the latest updates about Moncton. 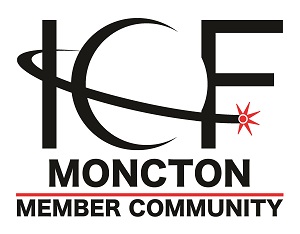