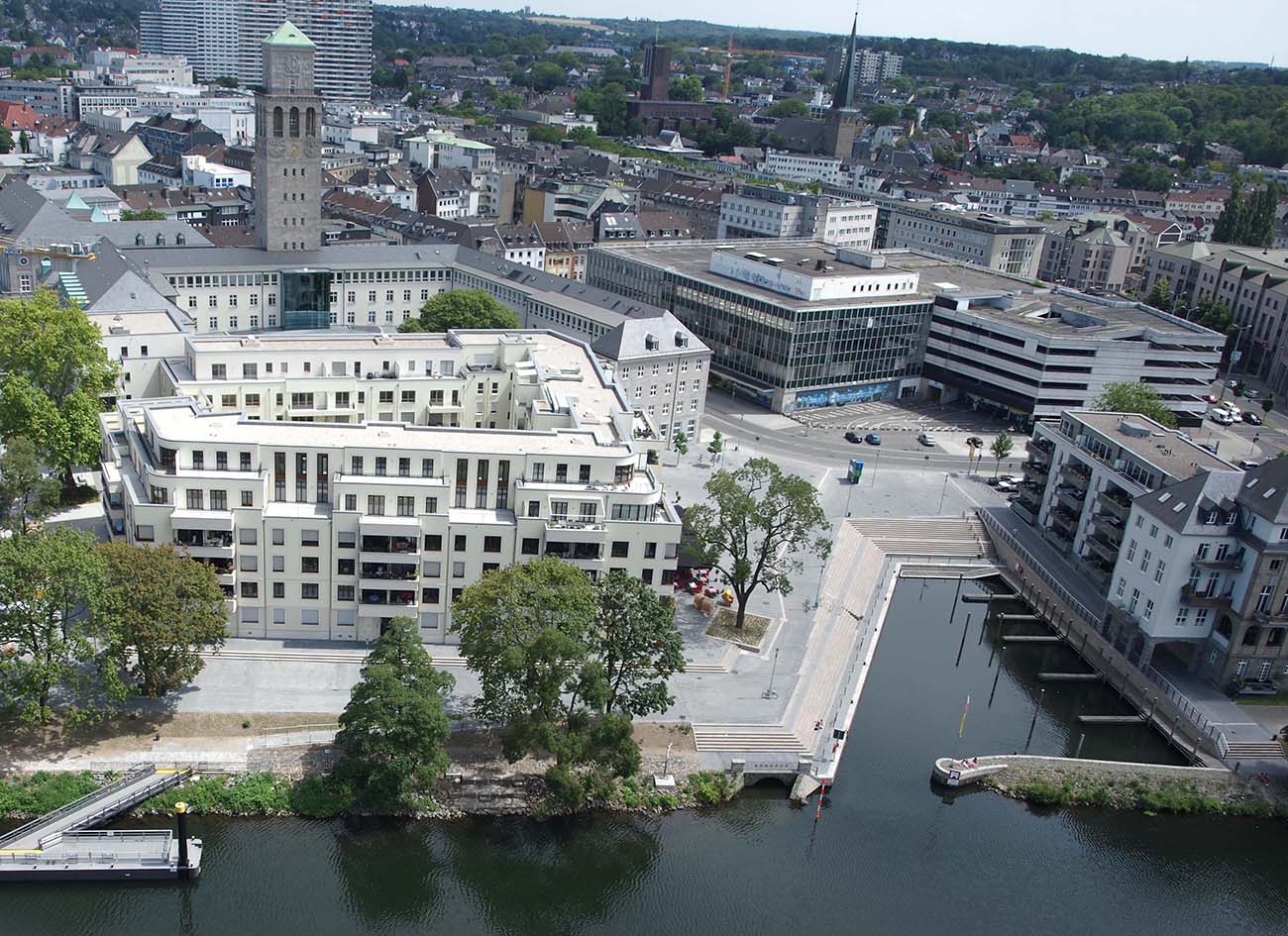 The city’s name tells you something about its history. Located on the Ruhr River in the Ruhr Valley, Mülheim took part in the economic success of one of Europe’s great industrial centers, famed for steel manufacture and coal-mining. Its transformation began in 1964 during what the Germans called the coal and steel crisis – an abrupt loss of competitiveness as lower-cost suppliers of those commodities entered an increasingly global market. In that year, Mülheim reluctantly became the Ruhr Valley’s first city free of steel-making when major blast furnaces closed. Two years later, the city’s last coal mine was shuttered. The economic impact was severe.

From Industry to Trade

The city’s response was to return to its its traditional role as a trading center. Europe’s largest indoor shopping center opened there in 1973. Over succeeding decades, brownfield sites were reclaimed to serve as office and light industrial space. A 245,000-square-meter industrial wasteland was transformed in 2000 as the Siemens Technopark, and a start-up center opened in 2005 to support new entrepreneurship. Other major employers came to include the trading company Tengelmann and the technology firm Thyssen.

This progress has accelerated in the last ten years. A midsize city of 170,000, Mülheim is home to two Max Planck Institutes and a new technical college, Ruhr West, set up in 2009. A government-business-academic partnership is building an Innovation Triangle program on this foundation connecting all the links in the educational chain from secondary school through higher education and local employment. Mülheim is establishing a consumer Internet hub to promote e-business start-ups, which will make it one of five digital hubs in the state of North-Rhine Westphalia. The hub will offer business accelerator programs, co-working and incubator space, access to seed funding and to educational programs in business administration, legal and taxation issues.

Mülheim is also working to expand opportunities for its less educated population, particularly youth. The U25 House program offers vocational counseling in secondary school and a case management service that helps young people with job search, skills development, access to support programs and entry into apprenticeships. So successful has this School to Work program been that the city’s youth unemployment rate, at 4.5%, is 40% lower than the regional average.

While helping individuals achieve their potential, Mülheim also focuses on small-to-midsize enterprises (SMEs). City government, the chamber of commerce and business associations have launched SME 4.0, a campaign to make SME owners and executives aware of the opportunities available from digital technologies. A project called Engage NRW modeled how gaming technologies could be applied to improve service and production processes. By the end of the project, SMEs had signed €1.5 million in contracts with technology consultants and providers.

To ensure that the city has the broadband infrastructure it needs, Mülheim completed in 2015 a complete inventory of the telecom conduit network owned by multiple organizations that underlies the city. Mapped with GIS, the conduit registry reduces the challenges for new broadband providers and has encouraged the city to consider construction of its own network to accelerate competitive pressure and boost average speeds while reducing prices.

As the city changes, it has been careful to engage organizations and citizens as partners in envisioning the future. One multi-partner initiative is coordinating a program to cut carbon emissions in half by 2030, while another is forging a new urban development model that includes everything from business and social services to sustainability and health. Like the leaders of Intelligent Communities everywhere, Mülheim’s leaders know that its people, not technology, make a city great.