This webinar took place on September 28, 2017. Watch the archive video below.

Open access for broadband is a powerful idea. Communications companies have traditionally designed, built, owned and operated their own infrastructure, whether it is copper wires, cell towers, coaxial cable or fiber optics. In the open access model, a third party builds and owns the infrastructure – and in some cases provides basic transport-level communications service – and communication companies purchase capacity on it to deliver broadband, voice and video services. The communications carriers continue to own the relationship with the customer but no longer bear the capital costs of the network. Open access tends to drive up the level of competition in the market – reducing prices and increasing capacity – because new entrants can avoid the immense cost of building the infrastructure. Open access networks have worked best in urban areas most likely to attract new competitors but can be successful in rural ones as well.

Join the next Broadband Agendas webinar from ICF to learn how open access networks have been developed, how they work, and what lessons have been learned from the experience. 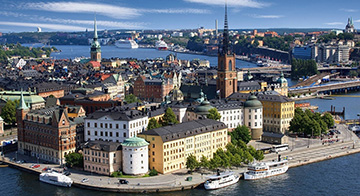 This webinar will focus on the Stokab network in Stockholm, the 2009 Intelligent Community of the Year. The city-owned company Stokab started in 1994 to build a fiber-optic network throughout the municipality as a level playing field for all operators. Stokab dug up the streets once to install conduit and run fiber, closed them up, and began offering dark fiber capacity to carriers for less than it would cost them to install it themselves. Today, the 1.25-million-kilometer (776,000-mile) network has more than 90 operators and 450 enterprises as primary customers and has completed a three-year project to bring fiber to 100% of public housing. As an information utility, the Stokab network has become an engine for driving efficiency in every aspect of government.

Joining us from Stokab will be Anders Broberg, the Head of Communications. Anders will make a presentation about Stokab and the impact it has had on Stockholm, and will answer questions from the audience following his presentation.