As we heard at the announcement of the ICF Summit in Toronto on June 11, 2015, “O-H-I-O”, representing Columbus, Ohio, was the newest Intelligent Community of the Year. The Mayor, Michael Coleman, pictured right, shot out of his seat as he and the rest of the large Columbus delegation were soon up on stage and basking in the glory of their well-deserved and long sought-after win. But it wasn’t until now that we could announce that Columbus is the location of the second Intelligent Community Forum Summit outside of New York City, where the ICF Summit had been located since the early 2000’s. It’s actually more of a coincidence than the rule that a winning Intelligent Community of the Year will be the host of the next year’s Summit. The 2016 ICF Summit was put out to a Request for Proposals (RFP) and after negotiating with several communities around the world, Columbus came out on top as the preferred location.

Congratulations to Columbus for not only their 2016 Intelligent Community of the Year win, but also for securing the 2016 ICF Summit for June 2016! 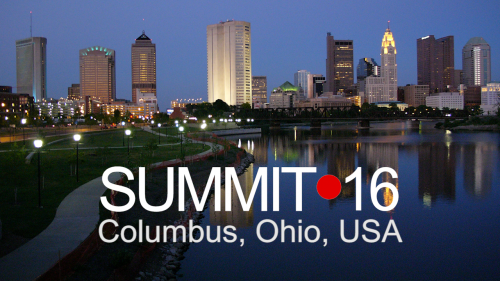 So now what happens? Will the 2016 ICF Summit in Columbus take a completely different turn or will some of the successful elements that became part of the Toronto ICF Summit in 2015 become part of an annual ritual? Only Columbus knows for sure.

But ICF Co-Founders have ensured that some of the key elements that are core to the Summit remain the same. So be sure to come for the Economic Development Match-making session, the Top 7 Reception and the Intelligent Community of the Year (ICY) Announcement and of course the Summit speakers, ICF Masterclass and so forth from June 14 -16. But as in Toronto, I understand that Columbus will have some special surprises for those that come a bit early or want to participate in Columbus after the main ICF ICY announcement. We are all looking forward to their plans and special opportunities to explore and learn more about their wonderful Intelligent Community.

In some future blogs we will detail more information about what to expect at the 2016 ICF Summit Masterclass or the Economic Development Matchmaking Session at the Summit.

So pencil in, - no put it in large magic marker – to be in Columbus from June 13-17! And while you are at it, why not visit Columbus’ and Ohio’s terrific tourism opportunities (http://www.experiencecolumbus.com) on the weekend before and after the ICF Summit. I plan to!

All aboard. Next stop – O-H-I-O! Columbus that is…