The capital cities of states and nations have an unfair advantage. Businesses that sell to government tend to cluster there. The business of governing also dominates their economies and, generally speaking, government responds less to the economic cycle than business. Good times may not be as good but bad times are eased – in fact, demand for government services typically rises in a recession.

Ottawa appears to be an exception to the rule. Three times in the past fifteen years, it has passed through recessions that tested the foundations of its economy. But each time, Ottawa has adapted, rallied and emerged more dynamic than before.

Canada's fourth largest metro area, Ottawa went through its first downturn in 1995. Faced with a major budget deficit, the national government downsized and devolved many functions to the provinces. Thousands of former government employees were suddenly looking for work. Fortunately, they found it in a set of communications technology companies started in the 1990s that were growing into multinationals, including Newbridge Networks, Nortel, Cognos and Mitel.

The talent released by government became an important resource for a wave of growth that peaked in 2000 – and then fell off a cliff in the telecom recession of 2001-02, when the companies that had fueled Ottawa’s boom suddenly became its biggest liability. Once again, the community adapted. It brought to bear its significant R&D capacity in communications technology, expertise in military software security and semiconductor design. Companies diversified out of reliance on wireline telecommunications and into wireless, gaming, digital media and medical devices. Growth resumed as telecommunications bottomed out and a broader range of technology companies hit their stride.

For Ottawa, the financial crisis of 2009 was headlined by the bankruptcy of Nortel, its largest private-sector employer and major contributor to research and development. Yet while Canada's unemployment rate moved toward double digits, Ottawa's rate remained below five percent, despite the drastic restructuring taking place at Nortel. Ottawa's position as Canada's capital surely gets some of the credit. But equally impressive is the city's track record of investing in information and communications technology, creating an environment that nurtures the start-up and growth of ICT-based companies, and equipping its citizens to prosper in that environment.

Despite being a major population center, Ottawa is hardly an urban jungle. Ninety percent of its land is rural, where just 6% of the population live. In 2006, only 2% of that rural population had access to broadband. But by 2012, through the Rural Broadband Expansion project funded by the city, broadband passed 100% of all homes, businesses, government offices and educational facilities throughout the city. In a survey of rural business owners, 75% said that access to broadband had improved their sales and profitability and 15% said that they would be forced to relocate if broadband access were not available. The survey also asked employees living in rural area about the economic importance of broadband to them: 20% said they would not be able to continue working for their current employer without it.

The public library system has backstopped this broadband deployment with free high-speed Internet access at all 33 branches since 2001, when it also introduced free computer and Internet training courses for the public. In 2008, over 1,500 people attended courses specifically targeting older adults and newcomers to the community.

Working in close collaboration with its educational institutions, Ottawa has built another kind of infrastructure as well: one that develops talent, nurtures start-ups and connects them to opportunity. At the center of this effort is the Ontario Center for Research & Innovation (OCRI), an economic development nonprofit funded by government and more than 700 member companies, which fosters the advancement of the region's knowledge-based institutions and industries. OCRI's goal is strikingly simple: to make Ottawa recognized as one of the most innovative cities worldwide. It acts as a catalyst and contributor for government, university and private programs reaching from research labs and incubators to school classrooms.

OCRI's path was set by a plan issued in 2000 titled Ottawa 20/20. It identified government, tourism and technology as the three pillars of the local economy. It committed the city to continuing collaboration among government, industry and education, with a focus on cluster-based development and the nurturing of talent. Ten years later, a working group refreshed the 20/20 strategy to drive the community's contined growth. The working group's membership is a portrait of collaboration in action, with representatives from Ottawa's colleges and universities, OCRI, city government and the life sciences, cleantech, ICT digital media and software sectors. The emerging plan aimed to create an "innovation architecture" that supports the next generation of technology companies with the people and services they need to prosper.

The 2001-02 downturn of the telecom sector had an unexpected impact on education in Ottawa. As telecom moved from regional darling to regional dog, enrollment in secondary school science and math programs plummeted, which soon translated into lower science and engineering enrollment at the university level. The tech sector recovered but interest in science and engineering education did not. By 2006, Ottawa's tech clusters were flagging the problem as serious and asking OCRI to develop a solution.

In 2008, OCRI worked with the Ministry of Education to introduce a Specialist High Skills Major for grades 11 and 12 focusing on ICT. In the same year, OCRI also introduced a High School Technology Program at two area secondary schools. Over the course of one term, students participated one day per week in classes on computer hardware, networking, team building and technology career opportunities. The entire program was built around social computing and the open source community. Equipped with XO laptops provided by participating companies, students worked in school and in consultation with technology firms to create software projects of their own. The first year was successful enough to justify expanding the program to four schools in 2009.

To further increase interest in STEM at the secondary level, Ottawa has also developed TechU.me. The program provides access to real-world, curriculum-based challenges, aiming to equip high school students with enhanced critical thinking and technology skills for their future careers. TechU.me also employs a group of skilled mentors to guide and assist their students. Since the program’s launch in 2012, 5,000 students have participated, and Ottawa high schools have seen a 35% increase in computer science enrollment.

Another program, Winning Innovation Networks for Schools (WINS), connects tech companies with students to graphically demonstrate career opportunities in the community. The first WINS project sent 100 students and fifteen teachers on site visits to four employers in the cleantech and medical device sectors. The next project will invite biology classes to help local medical device companies work on technology challenges identified by the companies, from sleep sensors to neurological rehabilitation.

While OCRI has focused on secondary school, Ottawa's colleges and universities have rolled out new programs to serve an economy undergoing continuing change. The University of Ottawa now offers cross-faculty courses in entrepreneurship and e-business, as well as a Graduate Certificate in Modeling and Animation for Computer Games. Carlton University created a Bachelor of Engineering in Sustainable and Renewable Energy and partnered with Algonquin College on a Bachelor of IT. Algonquin meanwhile launched its own School of Media & Design for Animation and partnered with OCRI on an Ontario Youth Apprenticeship Program, which grants secondary school students college credit for high skill majors.

The community has given equal attention to the "last mile" between the end of education and the start of employment, when the most talented students face a choice of where to start their careers. TalentBridge is an OCRI program that provides entrepreneurially-inclined university students with government-funded part-time jobs, working under experienced mentors, at local technology companies. The companies get the benefit of fresh thinking and new energy, while students gain business experience and often make the move into full-time positions with the companies.

Ottawa serial entrepreneur Terry Matthews has created the Wesley Clover Affiliate Program, named for his investment firm. Wesley Clover works with local universities to identify the brightest and most motivated new graduates, puts them through a "boot camp" training program for 9-12 months, and then pairs them with industry leaders in specific vertical segments. The aim is to introduce a new product into the market within 12 months of team formation. From 2007 to 2016, the program has expanded its portfolio of affiliates and startups to include more than 100 companies with over a 90% success rate.

Capitalism's great benefit is the efficiency with which it moves resources out of unproductive uses and into productive ones. Ottawa attempts the same trick with entrepreneurial talent, through a range of programs designed to identify potential entrepreneurs, give them support and training, and point them toward success.

OCRI's Business Accelerator targets high-potential companies and offers them coaching, market analysis, support services, and access to OCRI's global network of investors for six months to a year. It aims to help young companies shift into high gear through market entry and financing. When they do, they can also take advantage of OCRI Global Marketing, which maintains relationships with Canada's representatives throughout the world.

Lead to Win identifies seasoned managers of technology companies who have been turfed out by corporate downsizing and helps them launch new technology-based businesses. The program originated in 2002 during the telecom recession and was revived when the latest downturn struck in 2008. Applicants accepted into the program receive training on business ecosystems, entrepreneurial management, and success factors for start-up tech companies. Those who start businesses are connected to strategic customers, sales opportunities and resources including financing. Out of the 61 participants in 2009, over 60% launched businesses, and in 2014, those five-year-old companies generated over $19.3 million in revenue. Lead to Win was ranked among UBI Global’s top ten North American business incubators in 2015.

Ottawa's success in technology has yet to produce a substantial private venture capital sector ready to fund start-up and early-stage companies. National and provincial programs fill some of the gap. Ontario Centers of Excellence offer up to C$250,000 for market readiness and proof-of-concept programs. An Investment Accelerator Fund offers investments of up to C$500,000 to help launch high-potential technology ventures. The Emerging Technologies Fund matches private-sector investment up to C$5 million in early-stage companies, while the Next Generation Jobs Fund supports R&D and commercialization in new industries such as cleantech, biotech, ICT and digital media.

Funding from government finds a match in the nonprofit sector, which draws from foundations and private industry. Ottawa is home to the Canadian Photonics Fabrication Center, the Carleton University Visualization and Simulation Lab, the NRC Institute for Research in Construction and Ottawa Hospital Research Institute. Sustainable Development Technology Canada has allocated a total of C$425 million to 171 projects at local tech companies focusing on climate change, air and water quality, and soils research.

Ottawa’s government also aims to help Ontario and the nation as a whole accelerate Canada’s medical industry. The Medical Device Commercialization Centre (MDCC) recently received $14.9 million in federal funding to be used to link medical device innovators, such as universities, colleges, research institutes, hospitals and corporations, with users, including investors, hospitals, healthcare systems and, of course, patients. MDCC’s experts will be providing assistance with many different areas of development and delivery, including analyzing and confirming clinical market needs, advancing and optimizing prototypes and other solutions, testing and clinical trials, obtaining regulatory approvals and licensing, and even launching devices to market. As of today, the Centre’s experts are in the process of assessing 500 different medical technologies with the hope of advancing at least 20 of them to revenue generation and clinical use.

Will cleantech, biotech, 4G wireless and gaming provide the next boom to Ottawa's economy, perhaps to be followed by the next bust? In recent years, high-tech has edged out the Federal government as the single largest contributor to Ottawa's GDP. The new diversity of its industries, and the intense collaboration among business, government and education, promise a future even more exciting than its past.

In the News
Read the latest updates about Ottawa.

Want to know more about Ottawa?
Ottawa was featured in the Intelligent Community Forum book Seizing Our Destiny. 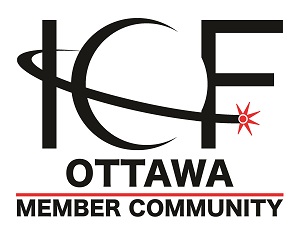