Like much of the nation, the state of South Australia has long depended on a mix of mining, agriculture and heavy manufacturing to sustain its economy. Today, all three are stagnant or declining in terms of job creation, due to slowing resource exports and the slow collapse of the Australian automobile industry. These global economy trends have put pressure on the small city of Prospect to the east of Adelaide, with its 1.3 million people.

Across Australia, the National Broadband Network Company is rolling out the National Broadband Network (NBN), replacing the old copper wire broadband infrastructure with fiber-optic, fixed wireless and satellite infrastructure that boasts download speeds of up to 100 Mbps. The city of Prospect has partnered with the NBN Company since 2012 to make the transition as seamless as possible and to make certain that all its residents and business owners know about the game-changing network now available to them. To further this effort, the Prospect City Council has posted numerous news articles about making the switch to NBN to its websites. The local magazine and newspaper have also published NBN advertisements aimed at local businesses. The City Council and NBN have held several community sessions at Prospect’s Digital Hub, and an NBN liaison has presented at multiple business networking events in the city to explain the process of switching to NBN.

While educating its citizens about NBN, the city of Prospect has also set up two other broadband projects to bring high-speed NBN access to the general population. The Broadband Cafés project offers public, high-speed Wi-Fi in a variety of cafés throughout the city. These cafés show videos about the project to their customers, which have been very well received; one particular broadband café has had as many as 17,000 views since the project began.

The city’s most recent broadband project is the Prospect Road Innovation Precinct initiative. The initiative, created through a partnership with the South Australian State government (through the GigCity program), the University sector, local coworking businesses and a property developer, is an alternative to the NBN fibre optic network installed along the Prospect Road mainstreet. This network will offer 10Gbps data transfer to South Australia’s three major universities and key industrial sites as well as inexpensive 1Gbps (upload and download) internet connections to local businesses. This “GigCity” service already has 4 key sites committed for the new service, including two existing coworking and shared office spaces on Prospect Road and a newly commissioned office development. These sites can provide additional space for incubation to assist innovative business and entrepreneurs or administrative support for the defense and space industries.

The city of Prospect has worked closely with the federal government and NBN Co to educate and support local businesses as well as residents. Together, they have implemented the “Next Generation” Digital Economy Strategy, which outlines projects and initiatives to encourage outside investment and local business use of digital technology. The city completed stage one of the strategy in 2016, launching the new Network Prospect brand and website (www.networkprospect.com.au) at the annual Tourrific Prospect Street Party. The Network Prospect website serves as a one-stop shop, promoting local businesses, investment opportunities, and economic development initiatives for the whole region. Hundreds of Prospect businesses have signed up for the site’s business directory, creating a network of local businesses with increased visibility to the community and abroad.

To further support the Digital Economic Strategy, the city rolled out Prospect Fast Wi-Fi in 2017. Prospect Fast Wi-Fi is a free public Wi-Fi system with 12 access points and 3 backhaul radio stations that offers some of the fastest free Wi-Fi available in Australia over a 500m area along Prospect Road. Plans are already in place to expand the coverage with an additional 3 access points and one more backhaul radio station, which would provide full coverage to the area around the new cinema development. The city makes anonymous usage data available to local businesses as well to let them track local retail trends.

To help citizens make better use of plentiful internet availability, Prospect established a Digital Hub in public library space with the use of federal grant money. Since its creation, the Digital Hub has delivered over 10,000 digital literacy training sessions, including a mix of one-on-one and group training sessions. Training topics include staying safe online, what options are introduced by modern online technology and apps and how to use them. Many community groups now use the computers in the space on a regular basis, including ERSRF (a group for people with disabilities living in supported accommodation), Prospect Centre (an alternative education facility), and Subatomic (a gaming group for young people on the autism spectrum). The Digital Hub also hosts tech-based school holiday activities, including green screen photography and stop motion animation creation, delivered by the Digital Literacy team at the library.

The Digital Economy Strategy also includes a busy schedule of bi-monthly events geared toward the professional services sector. The events aim to foster local business-to-business transactions, particularly for the many local businesses run from residents’ homes. In addition to networking opportunities, these events provide marketing education and guidance, including search engine optimization and social media training. 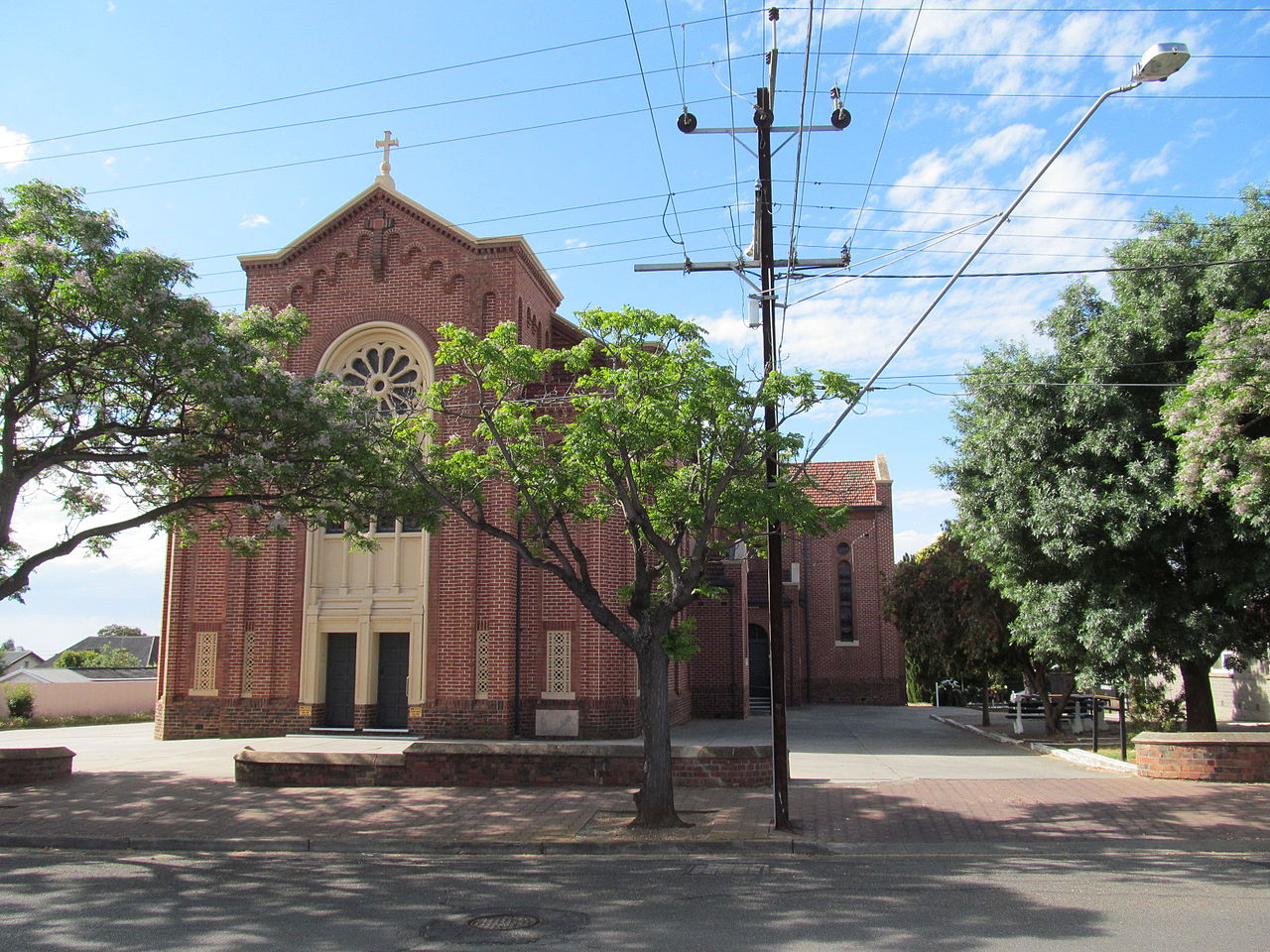 The Connected Cities project, proposed by the city of Prospect and the University of Adelaide in 2017 and funded in February 2018, aims to collect data on park usage and movements in Prospect to support future IoT infrastructure. Connected Cities will set up sensors in local parks and connect them to the LoRaWan network to monitor the use and maintenance of city council assets. The sensors will allow the council to understand what is happening in local parks and tailor maintenance to specific need rather than a fixed schedule. In addition, the information will assist the facilities booking system project in finding space and time availability.

The Connected Cities project, with the help of a local IoT startup named ConnectedParks, has installed sensors in main street sidewalks in Prospect, Magill and Port Adelaide to measure footfalls. The data gathered by these sensors is used to provide information to the council, main street committees and local businesses. This will allow businesses to adapt opening hours to foot traffic patterns.

With the City Council’s support, a pair of Prospect entrepreneurs has set up a co-working space on Main Street called Little City Studio. Known locally as “a city within a city,” Little City Studio is a collaborative working space for residents who have outgrown their home offices or who want to build networks in a relaxed and affordable environment. Little City resident businesses have access to high-speed broadband, a boardroom, training events, and a Council-sponsored accelerator program. Little City Studio has been so successful that the space is now full, and the City Council is currently considering plans for a new innovation center incorporating the Prospect Library, the Prospect Community and Civic Centres, and the Digital Hub and Gallery.

Network Prospect is a network of local businesses designed to improve marketing and networking opportunities, as well as establish digital skills workshop. The network’s website features with a local business directory to encourage visitors to “shop local.” The website includes profiles and articles for over 330 local small-to-medium Prospect businesses, with links to professionals’ LinkedIn profiles to drive local networking. Network Prospect hosts six business training and networking events each year, with an average of 60 business registrants per event. These events encourage small businesses to come and learn new skills, digital strategies and network with other local business. Network Prospect’s social media presence has grown rapidly since inception, driving 117,352 impressions on local business stories, reaching 73,538 people, with 41,400 views of video profiles of local small business people in the last 12 months.

These programs strengthen Prospect's appeal as a bedroom community for Adelaide while equipping its people and businesses for independent economic success in the digital economy.

In the News
Read the latest updates about Prospect. 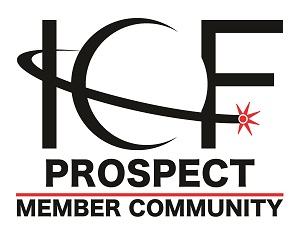 Share on
See other pages related to Community Smart21 Prospect