In the century’s second decade, Quebec City is challenged to head off growing labor shortages in these fields and to boost the rate of commercialization of the innovations emerging from public and private R&D spending. It has also targeted the digital divide that affects almost one in five residents. To build its skilled labor force, Quebec City and financial partners are investing over $4 million in such initiatives as “It’s Cool to Stay in School,” which encourages students to finish high school and explore science and technology careers. Young people are exposed to companies, workshops, internships and mentoring to motivate their involvement in the digital economy. The Quebec International agency provides online marketing to potential immigrants and programs that facilitate their application for residency and integration into the economy.

City government supports technology entrepreneurship with scholarship programs, a public-private crowdfunding initiative, and innovation events that involve startups and organizations in tackling business and public-sector problems. The city is also the recipient of a Smarter Cities Challenge grant from IBM that aims to reduce the “digital divide population” by 4% through 2016. Meanwhile, the nonprofit ZAP Quebec continues to expand a city-wide set of 500 WiFi hotspots that complement the 98% broadband availability provided by the private sector. With this range of programs, Quebec City hopes to ensure that its story of growth continues into the next decade.

In the News
Read the latest updates about Quebec City.

Want to know more about Quebec City?
Quebec City was featured in the Intelligent Community Forum book Seizing Our Destiny. 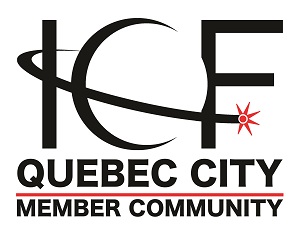