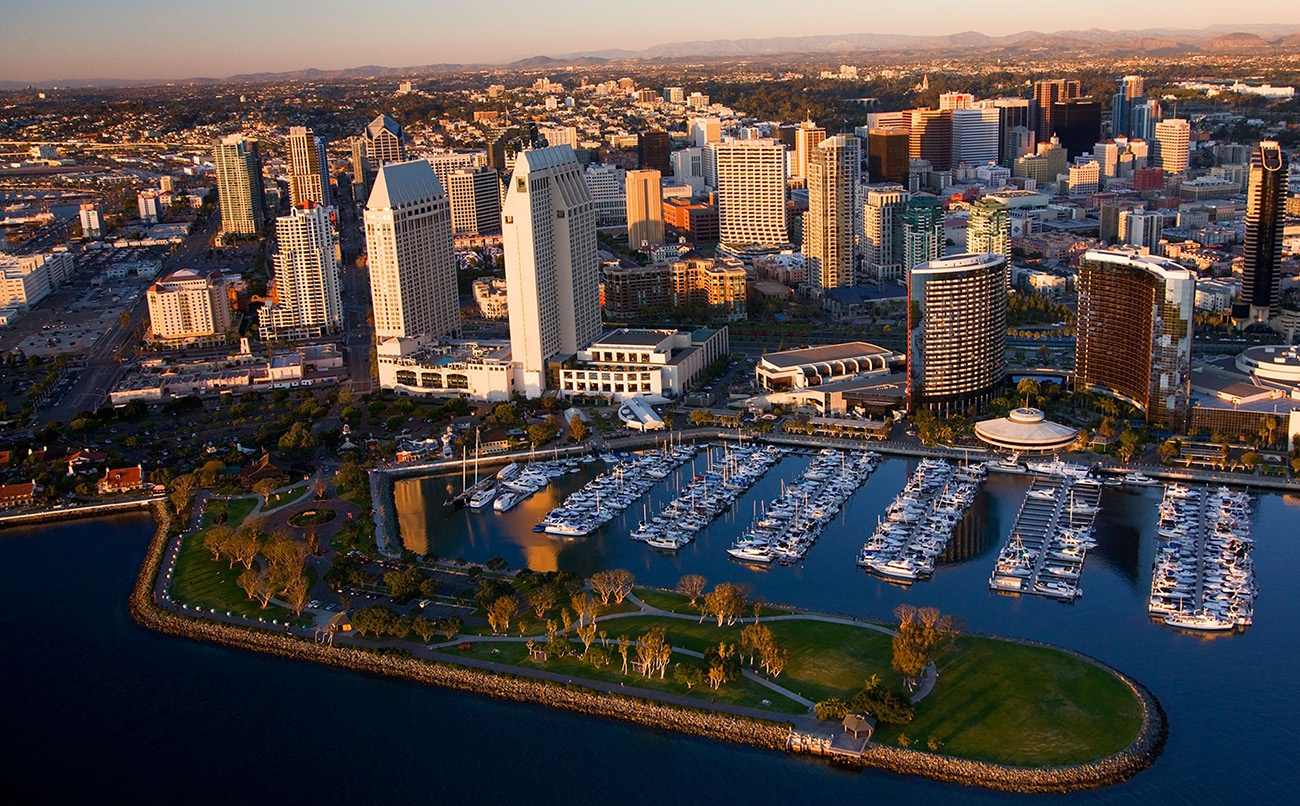 San Diego occupies a blessed corner of the United States. With a Mediterranean climate, the city is a tourist destination that drew 32 million visitors in 2012. It hosts the largest naval fleet in the world in its deepwater port, which in turn has attracted major national defense contractors as employers. Bordering on Mexico, San Diego is also the busiest international crossing point in the world and handles the third-highest volume of trade among all US-Mexico land crossings.

This combination has given San Diego an unusually diversified economy, in which defense, tourism, international trade, R&D and manufacturing are the largest sectors. Maintaining its competitive position and quality of life in a fast-changing world, however, is a significant challenge. City government is attacking that challenge on multiple fronts.

In 2015, San Diego was named a Google Fiber city and began working with Google on a detailed study of regulatory, geographic and other factors that will affect deployment. Google Fiber projects require cities to eliminate permitting and regulatory barriers and to allow Google control over where and when service is deployed.

While it waits for its fiber future to take shape, the city is focusing on quality of life factors that will shape its potential. California Career Pathways is a collaborative project uniting 14 school districts and 5 community colleges in the region. Funded by a California state grant in 2015, the program covers from kindergarten through community college and develops career pathways into the region’s growth sectors, from advanced manufacturing and clean energy to information and communications technology. It aims to integrate academic and career-based learning and bridge the distance from education to work.

The San Diego Public Libraries are also investing in a broadband-enabled future that helps drive an innovation economy. The system is engaged in a significant upgrade of online capacity to 100 Mbps at each facility. More importantly, it offers a makerspace, open to the public, providing 3D printers and process tools including vinyl cutters, laser cutters, milling machines and sewing machines. Using this combination of connectivity and hardware, the library has delivered 150 free technology programs to more than 5,000 attendees in the past year, and hosted special events including a Coding Camp, Startup Weekend, Maker Meetups and Robot Days serving hundreds to thousands of citizens.

A prolonged drought has brought Californians face-to-face with climate change and the need to manage a more challenging environment. San Diego has responded by making sustainability a social and cultural priority. The city is home to Balboa Park, the largest cultural urban park in the United States and site of the famed San Diego Zoo. A sustainability program launched in 2008 uses the park to conduct sustainability education and engage local arts and cultural organizations in decisions about its future. The city has also achieved US$1.75 million in annual savings and reduced water use by 1.5 million gallons through sustainability investments in the park.

With water becoming more precious by the year, the city embarked on a reuse program called Pure Water San Diego in 2013. City leaders had learned from unsuccessful pilot projects in the past, which were doomed to failure by headlines about “toilet to tap” water. For its new effort, the city developed a comprehensive communications plan and conducted extensive community outreach in person, online and by mail. By the time the Pure Water demonstration project was launched, a poll found that 73% of San Diegans favored water purification to produce a new drinking water supply. A city blessed by circumstance is now finding ways to leverage the skills and passions of its citizens to build an economically and environmentally sustainable future.