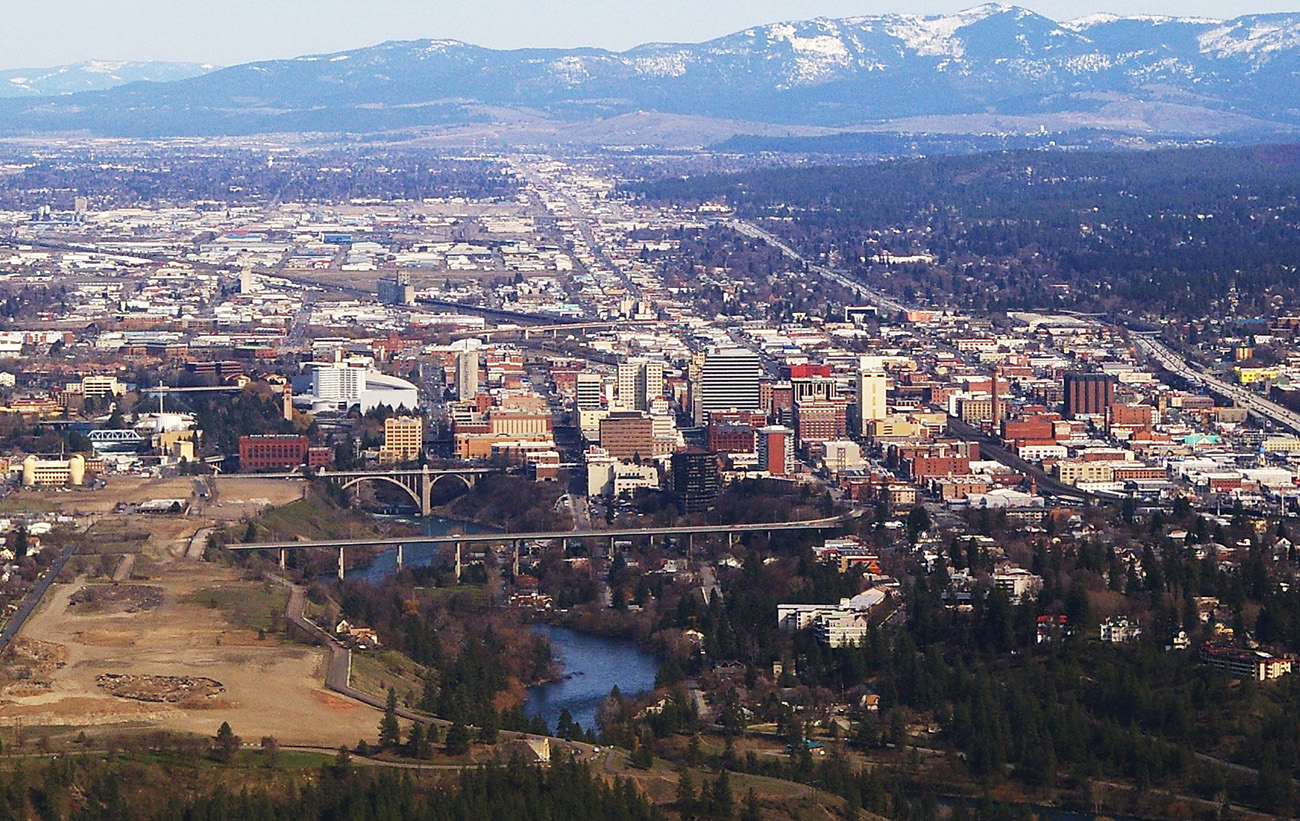 Spokane, the largest city on the east side of Washington State, with a population of 196,000, has long been removed both geographically and economically from the fast-growing Seattle area that includes the City of Redmond, home of software giant Microsoft. The prosperity of the City of Spokane in the 19th and early 20th centuries was based on resource extraction, and its history includes the silver boom, the timber boom and a trading boom that followed the coming of the railroads. Their legacy was a downtown area filled with graceful historic buildings set on wide streets above the magnificent falls of the Spokane River. But the power of Spokane’s traditional industries to create jobs and prosperity had run its course and, by the 1980s, the city was struggling for economic vitality.

The software boom on the west side of the State; however, was dramatizing the existence of new opportunities and a mix of private-sector and far-sighted public-sector investment began to lay the foundations for a new economy. The private sector saw promise in the Spokane area and began installing broadband connectivity, from fiber to XDSL and cable modem service. Public-sector investment included Spokane’s Educational Metropolitan Area Network, a gigabit Ethernet connection to all classrooms in more than 53 schools and colleges, an Inland Northwest Community Access Network that offers Internet access, training and social service resources to the economically disadvantaged; and a state-funded rural fiber network deployed by Inland Northwest Health Services connecting Spokane’s health care community with the region.

In 1996, a professor at Eastern Washington University, Dr. Steve Simmons, coined the term “Terabyte Triangle” which described Spokane’s 30-block triangular region around the downtown core, which offers one of the densest concentrations of high-speed connectivity in the U.S. Investments valued at more than $1 billion have transformed Spokane, and generated a “Downtown Renaissance” which has launched over 450 new and proposed public and private construction projects to bring new vitality and vigor to downtown Spokane. Building on this regional high-speed infrastructure, Spokane has created a public/private collaboration called the Virtual Possibilities Network, using funding from the local utility, Avista Corporation, in order to donate dark fiber infrastructure for research projects at local universities. And the City itself uses this connectivity for a full range of services from GIS mapping to finding rooms and resources for the homeless, from networking all libraries and community centers to ensuring that police and firefighters have wireless Internet access aboard their vehicles. Through many steps, large and small, Spokane is building broadband into the life of the City, the region and its residents, and using it as a lever to create a more competitive economy.