With the goal of leading the upgrading and transformation of industries and the development of digital technology, the Taiwan government is implementing the "Smart City Taiwan Project" through the Industrial Development Bureau of the Ministry of Economic Affairs. The central government, local governments and industries are working together to develop innovative applications in 22 counties and cities across Taiwan in six major areas, including "health," "governance/security," "transportation," "agriculture," "education" and "tourism/retail," through the Public-Private-People Partnership mechanism. Since its inception, the project has yielded fruitful results, with about 300 enterprises participating and developing 223 smart services that benefit 8.54 million people. In addition to solving local problems, the project has also opened up international development opportunities for industry players.

For example, the AI Dengue Fever Prevention Platform is an innovative application of the project in the area of governance. About 400 million people worldwide are infected with dengue fever and 20,000 die each year. The total loss in treatment and productivity is estimated to be around US$6 billion per year. In Taiwan, dengue fever is easily spread from April to October every year. However, dengue fever prevention by spraying is ineffective and harmful to the body. In the past, the Tainan City Government's Dengue Fever Control Centre has continuously monitored the dengue vector mosquito index, mainly using ovitrap to survey the density of vector mosquitoes. The ovitrap is a specially designed black bucket containing water to lure vector mosquitoes into the bucket to lay eggs. The ovitrap is placed in the community for one week to calculate the rate of ovitrap positivity and the total number of eggs as an indicator of the risk posed by the vector mosquitoes. According to the estimate by the Dengue Fever Control Centre, a total of 3,252 ovitraps were set up in priority areas during the highest period of vector mosquito breeding, and 6,504 ovitrap papers were collected. In the traditional way, it takes about 10 minutes to sample and count each ovitrap paper, which is labor-intensive and time-consuming, and the accuracy can be poor. After sampling, it took another two to three hours to find out the number of eggs and wigglers and to identify the mosquito species.

In view of this, the Tainan City Government, Microsoft Taiwan, Wistron and Linker Networks Inc. from the United States collaborated to create the first "AI Dengue Fever Prevention Platform," which combines the needs of public health with AI, and uses self-built and developed AI image recognition technology to quickly identify wiggler eggs of aedes mosquitoes. The inspectors can simply take images of eggs and wigglers with their mobile phones and upload them to the cloud to make immediate judgments, which significantly reduces the time required for the inspectors to work in the field. The results of the readings can be transferred to the data integration system, which can be used to compile early warning analysis reports or dengue distribution reports for preemptive deployment.

Overall, the AI Dengue Fever Prevention Platform can perform wiggler identification and egg count calculation of aedes mosquitoes in 6 to 8 seconds and 8 to 12 seconds respectively. Accuracy is estimated to be 95%, reducing operating time by at least 50%. This has greatly improved the efficiency of quarantine staff in conducting surveillance and reduced the errors arising from traditional surveillance methods. It also reduces the risk of gaps in dengue fever prevention and control due to time-consuming and labor-intensive surveillance patterns caused by human operations and tool use. This will facilitate early deployment of preventive measures by dengue fever prevention units and help the Tainan City Government to achieve its goal of using AI technology for epidemic prevention. 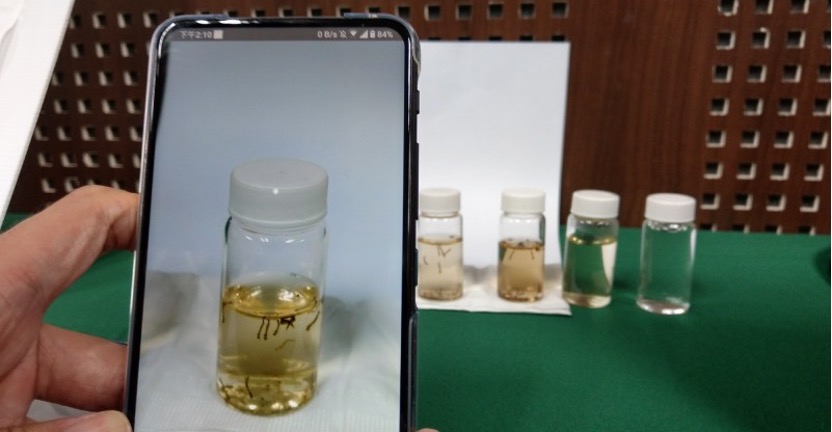 About ICF Taiwan
ICF Taiwan is a nonprofit organization representing the intelligent communities in Taiwan.
See other pages related to Blog Innovation ICF Taiwan
Share on