The Countryside is Doomed to Decline? Eersel Begs to Differ.

The countryside is in trouble. You know it. I know it. The United Nations says so. The share of the world’s population living in the countryside is shrinking as megacities grow. Opportunities for education and employment are shrinking with it, forcing bright kids to leave town to pursue their ambitions. The tax base erode, schools consolidate, services falter and stores close. 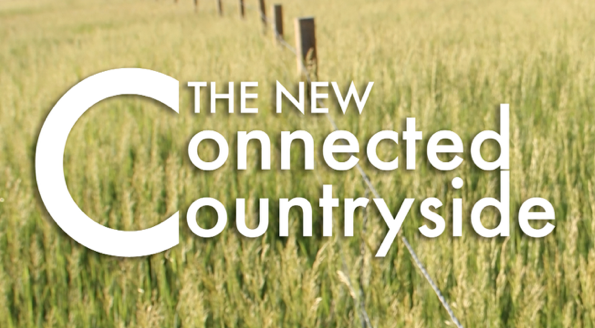 There’s just one problem with this picture. As George Gershwin so famously put it, “It ain’t necessarily so.”

There are places in the countryside giving birth to a new economic model. I was in one last week – and there I exactly saw how information and communications technology (ICT), plus a dose of vision, ambition and hard work, can get the countryside growing again.

Eersel, Netherlands, is a rural city of 18,000. "City" may be a bit misleading, since it actually consists of six rural villages that share a municipal government. Like many rural places, it is spacious and beautiful, and its biggest industries are agriculture and tourism. But that is about where the resemblance to everyplace else ends.

97% Broadband Coverage in the Countryside 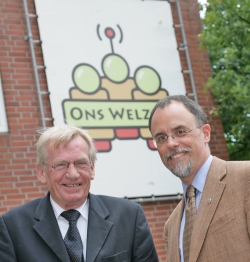 A Dutch broadband pioneer, Kees Rovers, has led the city in rolling out fiber to the premise to fill the gaps left by private-sector telcos and cable companies. The capital comes from government grants, but property owners contribute as well to the costs of the last mile, and strong take-up produces positive cash flow. Through this effort, Eersel has already reached 97% coverage at fiber speeds, and they are now working on in-fill of the last (and most expensive) 3%. At age 70, Kees is a serial broadband champion, having led the unique fiber network deployment in Nuenen, Netherlands that contributed to Eindhoven’s selection as the 2011 Intelligent Community of the Year.

That connectivity is being put to good use. On the farm of Jacob van der Borne, you can see something called “precision farming” at its most advanced. Jacob and his brother have assembled it all from scratch, combining imagery from satellites and drones (they run a small fleet of them) with hands-on soil testing and obsessive measurement how much they harvest. The result is an incredibly detailed digital map of the land they farm, with the potential yield of each square meter carefully plotted. (See his entertaining video on YouTube.)

The map, in turn, is used to guide planting, irrigating and spraying machines with the goal of giving each square meter exactly what it requires. If the soil is relatively poor, plants are spaced farther apart. In rich soils, they are bunched closer. Irrigation, fertilizers and chemicals are applied in the smallest possible amounts only where conditions justify it.

Overall yields are up 20% over pre-digital days, and they run the farm with just three hired hands. That means higher profit, and the brothers van der Borne plough their profits into better technology and that most traditional of farm supplies, manure. One investment will help them continue to monitor and respond better to their farm. The other will enrich square meters that they believe should be producing more.

The Booming Business of Agriculture 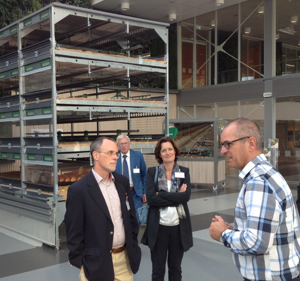 Drive to a different rural village, and you come to the 30,000 m2 headquarters of the Vencomatic Group. This zero-energy smart building is solar-powered, airtight and incredibly efficient. It is also shaped, from the air, like an egg – I will explain why in a moment. Its construction involved taking over part of a neighboring pond used by a local fishing club. So carefully did the company handle the consultation with the club and the subsequent construction that club members came to the opening of the building and thanked the company’s founder, Cor van de Ven, for keeping his promises to them.

Now, about that egg shape. Vencomatic makes groundbreaking nesting and feedings systems that automate raising of poultry and collection of eggs The chickens run free instead of being penned in cages, but do so within an automated “jungle gym” that provides them with food and water, routes eggs to a conveyer for removal and clears waste. The system isn’t cheap, and it is only by significantly boosting the efficiency of the farming operation that they can make a sale.

They make more than a few. This private company tucked into rural Holland has 350 employees and offices in Spain, Brazil, China and Malaysia. Its systems are sold from South Korea to West Africa, and they demonstrate how expertise specific to the countryside can achieve a global market.

When you hear talk about the “innovation economy,” you probably think of urban Creative Class types in black jeans or apps developers in T-shirts and hoodies. You think of people in the countryside being left behind. It may be time for a change of view. Places like Eersel prove that, given the right infrastructure and people, they can create an economy as dynamic and attractive as the biggest city. Through ICT, they can have the prosperity they need without surrendering the peace and beauty they already own.