These intelligent communities are leaders in using information technology and broadband communications for community and economic development. They represent the next level up from those cities which label themselves “smart” because of their purchases of products from various tech companies to manage the infrastructure of their cities – like street light management.

But intelligent communities should not to be satisfied with merely going beyond vendor-driven “smart city” talk and they should instead ascend to the next level – create a community that is always learning.

For a bit of background, consider the efforts over the last two decades to create learning organizations – companies, non-profits and government agencies that are trying to continuously learn what’s happening in their markets or service areas.

The same idea applies to less structured organizations, like the community of people who live and/or work in a city.

It’s worth noting, that unlike many of the big data projects in cities, this is not a top-down exercise by experts. It’s about everyone engaging in the process of learning new insights about where they live and work. That volunteer effort also makes it feasible for cash-starved local governments to consider initiating this kind of project.

In this sense, this is another manifestation of the citizen science movement around the world. Zooniverse, with more than a million volunteer citizen scientists, is probably the best example. Think Zooniverse for urban big data. 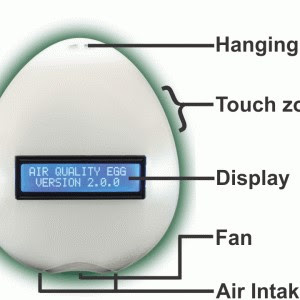 There are other examples in which people collect and analyze data. Geo-Wiki’s motto is “Engaging Citizens in Environmental Monitoring.” There’s also the Air Quality Egg, a “community-led air quality sensing network that gives people a way to participate in the conversation about air quality.”

Similarly, there’s the Smart Citizen project to create “open source technology for citizens political participation in smarter cities”, that was developed in Fab Lab Barcelona. The Sensible City Lab at MIT has even equipped a car for environmental and traffic safety sensing.

Drones are already used for environmental sensing in rural areas, but as they become a bit safer and their flight times (i.e., batteries) get better, they will be able to stay up longer for real time data collection in cities. A small company in Quebec City, DroneXperts, is already making use of drones in urban areas.

Indeed, as each day goes by, there is more and more data about life in our communities that could be part of this citizen science effort — and not just environmental data.

Obviously, a city’s own data, on all kinds of topics and from all kinds of data collection sensors, is a part of the mix. City government’s even have information they are not aware of. Placemeter, for example, can use “public video feeds and computer vision algorithms to create a real-time data layer about places, streets, and neighborhoods.” 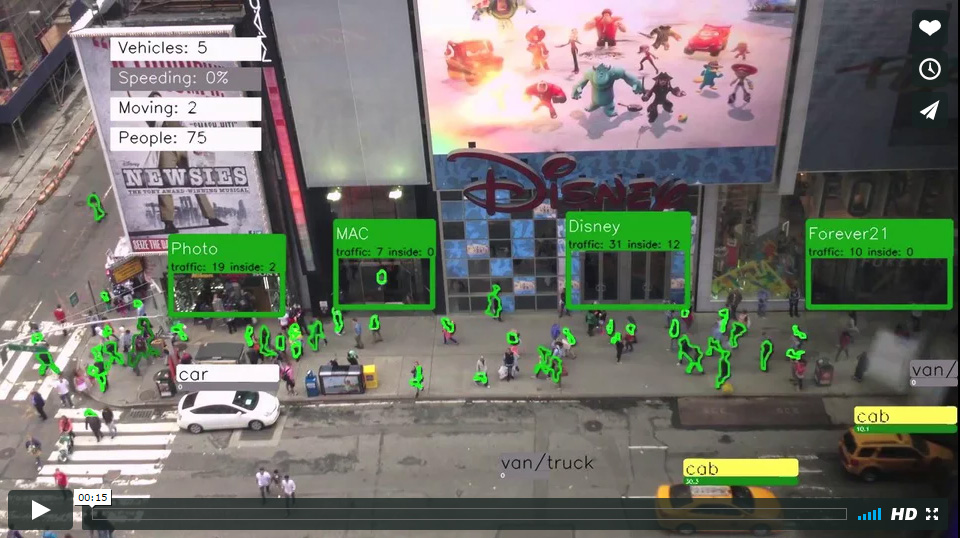 There are non-governmental sources of data, like Waze’s Connected Citizens exchange for automobile traffic are also available.

Sentiment data from social media feeds is another source. Even data from individual residents could be made available (on an anonymous basis) from their various personal tracking devices, like Fitbit. For background, see John Lynch's talk a year ago on "From Quantified Self to Quantified City".

Naturally, all of this data about a community can be an exciting part of public school classes on science, math and even social studies and the arts. Learning will become more relevant to the students since they will be focused on the place in which they live. Students could communicate and collaborate with each other in the same or separate classrooms or across the country and the world.

The Cities of Learning projects that started in Chicago a couple of years ago, which were primarily about opening up cultural and intellectual institutions outside of the classroom for K-12 students, were good, but different from this idea.

So “communities that learn” is not just for students. It is a way for adult residents to achieve Jane Jacob’s vision of a vibrant, democratic community, but with much more powerful and insightful 21st century means than were available to her and her neighbors decades ago.