Why Disruption is Harder Than It Looks

Do you know anyone who is never-ending fountain of new ideas? I have known, enjoyed and been worn out by a few of them. The same is true of US President Franklin Roosevelt. He delivered one of the greatest backhand compliments in history when we said of British Prime Minster Churchill, his friend and fellow wartime leader, “Winston has fifty ideas a day, and one or two of them are rather good.”

We need these people to stretch the boundaries of what is possible. We also need to respect the many ways in which those boundaries can come snapping back on us. In our book, Brain Gain: How Innovative Cities Create Jobs in an Age of Disruption, my colleagues and I wrote about the disruptive educational innovation known as the massively open online course or MOOC. The vision is truly revolutionary: instead of attending a high-priced university, you take courses online from all of the great universities at a fraction of the cost. Three privately-funded MOOC companies were launched in the US in 2012, and universities around the world quickly followed with their own course offerings. 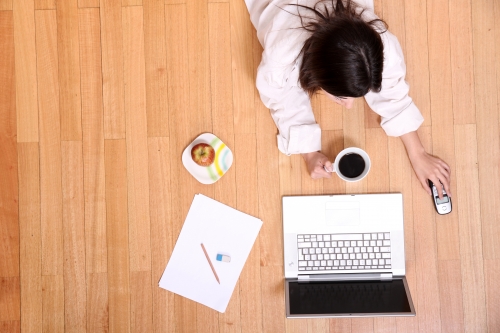 So, have MOOCs succeeded in blowing up the stately traditions of higher education? Not so much, according to David Leonhardt, writing in The New York Times. The problem, it turns out, is that learning is just one of the things people are buying when they pursue higher education. The other thing – one with much greater economic value – is a credential. A university degree is a highly valued third-party endorsement of your mastery of knowledge and skills. For employers, it is a fantastically useful shortcut to identifying qualified employees, even if they miss out on a lot of uncredentialed talent as a result. Colleges and universities are not about to surrender their monopoly on that value, which supports the fees they charge. And so, the score so far: status quo 1, disruption 0.

But we are still early in the game. MOOC providers, from EdX to Coursera, are introducing their own certificate programs based on structured curricula and qualifying exams. The Mozilla Foundation, creator of the Firefox Web browser, has developed an Open Badges credential program, which any organization can award and which is backed by links to electronic evidence of exactly how and why the badge was earned. Put those two trends together, and you have the beginnings of a system that could rival the economic value of the university degree – and do it anywhere that people have a hunger for learning and ambition for a better life.

Open courses were an instant online hit, but it is going to take years for “open degrees” to find meaningful acceptance. But as we wrote in Brain Gain, if MOOCs can actually increase the productivity of education – teaching more students at less cost – they will be among the most profound forces for good in human history. Communities that are not lucky enough to have a good university or community college at their core will gain a new chance to participate in the knowledge-based, technology-driven economy of the 21st Century.

So let us praise the unreasonable men and women who dare to dream of something as remarkable as the MOOC. And let us also praise the quiet, methodical practitioners who find ways around the hundred obstacles that arise in the face of every truly revolutionary idea.

About Robert Bell
Robert Bell is co-founder of the Intelligent Community Forum, where he heads its research, analysis and content development activities.
See other pages related to Blog Robert Bell Disruption Brain Gain
Share on