In the United States, the financial crisis of 2008 gave rise to plunging property values, massive government deficits on the national and state levels and an anguished round of budget-cutting. Which makes all the more remarkable the steady, long-term approach of the small city of Dublin, Ohio USA.

Most American cities and towns fund themselves on property and sales taxes, but Dublin has a local income tax. It provides a dependable stream of revenue that allows the city to maintain ample cash reserves and plan for the long term. Dublin also has a successful track record at using its income tax receipts as collateral for what is called tax-increment financing. This has helped make possible a virtuous cycle in which savvy investments by the city attract investments by business that create high-quality employment. With a population of 41,000, Dublin has a labor force today of 70,000, drawn to the city from throughout the Columbus metropolitan area.

Much of this investment in in physical infrastructure Twenty-five percent of the 2% income tax is dedicated to capital improvements, which have included the Emerald Parkway, the Dublin Commmunity Recreation Center, and a planned 1,300 Innovation Park, a next-generation technology business campus that aims to unite the community’s strengths in ICT, research and development. Government services are also well-funded; all three secondary schools in the city were named to Newsweek magazine’s 2010 list of top schools in the country.

But one form of infrastructure stands out in Dublin, and has become a connecting thread that unifies and powers its other economic and social assets. They call it DubLink.

Following telecommunications deregulation in 1996, Dublin began installing a network of underground conduit to encourage deployment of broadband by private carriers. A public-private partnership with the Fishel Company soon followed, and by 2003, Dublin had built and lit the DubLink fiber network to connect city facilities and replace telephone company service. Dublin's contribution to the project came from those tax-increment financing bonds, funded by future increases in tax revenue that would result from the improvements being financed.

In managing the network, the city drew a bright line between public and private use. The city delivers no services except for governmental use, and leases either conduit space or its own dark fiber to carriers serving the local market. It is an "open access" strategy that has proven successful in communities as diverse as Stockholm, Sweden (2009 Intelligent Community of the Year) and Loma Linda, California (2007 Smart21 Community).

As Dublin installed more and more fiber in its conduits, it began doing capacity-sharing deals other public and public-private entities. DubLink now interconnects with Columbus FiberNet, which reaches the state capital and four other cities in the metro area. It partners with the Ohio Supercomputer Center (OSC), carrying some of the traffic on OSC's 1,600-mile fiber backbone. In return, the OSC and Dublin joined forces to create the Central Ohio Research Network (CORN), a fiber infrastructure connecting governments, schools and businesses to Ohio colleges, universities, research institutes and Federal labs. Other fiber transport partnerships include Central Ohio Broadband, linking with other cities that have developed fiber networks, and agreements with two carrier hotels in Columbus to exchange traffic in return for giving DubLink customers connection to global carriers. A Dublin nonprofit, the Online Computer Library Center, was granted two fibers on the DubLink network, and uses them to help provide research services to nearly 70,000 libraries in 112 countries.

This “invisible infrastructure” has had major positive impacts on the community. CORN allows schools, businesses and institutions to explore experimental networking technologies through Internet2, where the next generation of commercial networking technologies is taking shape. An annual Ohio Supercomputer Center project uses videoconferencing to bring together thousands of elementary and secondary school students for an all-day learning conference. DubLink is used to deliver robust e-government services, from online registration for classes, tax filing and permits to remote attendance at City Council meetings. The city also partners with state government to promote OhioMeansJobs, a career Web site currently hosting 8 million resumes and hundreds of job openings.

Dublin developed a city-center WiFi network, which uses DubLink as its backbone. It has now budgeted for expansion to cover the entire city. In this public-private venture, Dublin contributes its infrastructure (network and hotspots on city property) and a private company, HighSpeedAir, provides services. The city uses the network for mobile computing by its first responders and field staff, fleet monitoring of snow plows and other city vehicles, and video monitoring of traffic. It is also used to support city-sponsored cultural events, like the Dublin Irish Festival weekends and the Jack Nicklaus' PGA Memorial Tournament. And HighSpeedAir markets access to small businesses through corporate buildings and office parks.

The city also views WiFi as a way to reduce digital exclusion. To support widespread, affordable connectivity, Dublin provides free computer training to adults and seniors through its recreation centers.

It takes more than information transport, however, to build a competitive economy. Dublin is a partner of TechColumbus, a regional nonprofit whose mission is to accelerate the growth of the innovation economy through business plan counseling, market assessment and help in gaining access to capital. More than 60 Dublin companies have benefited to date. The $625,000 that the city invested in TechColumbus in 2009 has already yielded $14.6 million in investment, debt financing and new revenue.

The city's Dublin Entrepreneurial Center (DEC) opened in 2009 with one start-up tenant and now houses nearly 50 companies and support organizations, including the Center for Innovative Food Technology and the Ohio Fuel Cell Coalition. It hosts twice-monthly co-working events, where Dublin's business community participates in training and meets the community's newest entrepreneurial class. Inspired by its participation in ICF’s programs, the city is also establishing a Center for Global Business Development at DEC to provide collaboration, education and support for Dublin companies seeking to do business overseas.

This ongoing effort to support and strengthen entrepreneurship helps explain why there are 3,000 companies in Dublin, with an average of just seven employees each, while the city is also home to multinational corporations such as Wendy’s International and Ashland. Innovative young companies include Neoprobe, which develops biomedical devices to improve cancer surgery outcomes; EnergyGateway, which offers energy management services to commercial customers and was recently acquired by WorldEnergy; Sypherlink, whose software automates data-sharing across the enterprise; and Cardiox, which sells detection systems for the prevention of strokes.

Healthcare has been a particular beneficiary of Dublin’s high level of connectivity and the anchoring presence of Cardinal Health, a Fortune 17 provider of healthcare management services. OhioHealth, a nonprofit network of hospitals and healthcare facilities, uses DubLink and partner networks to connect five major hospitals, billing centers and its corporate headquarters across Central Ohio Three years ago, OhioHealth opened Dublin Methodist Hospital, the first new nonprofit hospital in the region in two decades, which has been named one of the “Most Wired” hospitals in America by Hospitals and Health Networks magazine every year since then.

The hospital has deployed technology to create a completely digital, wireless and near-paperless environment that better serves patients while increasing productivity. A comprehensive electronic medical records system provides access to physicians and clinicians both inside and outside the hospital. Fingerprint authorization protects drugs in the pharmacy system from abuse, and a barcode scanning system checks all medications to make sure that the correct drug is being used at the correct dosage. RFID tags keep track of all equipment in the hospital, which reduces losses to theft. Staff and physicians use a wireless system to locate and communicate with each other, saving countless hours, while mobile camera carts can be deployed to provide continuous video monitoring of patients anywhere in the facility.

Workforce of the Future

In 2008, Dublin began a major focus on workforce issues. The city benefits from proximity to Columbus, the state capital, with its many colleges and universities. Eighty percent of residents have a bachelor’s or graduate degree. But Dublin’s leaders understand the vital importance of creating a workforce that meets the specific needs of its major employers and fast-growing entrepreneurial companies.

The city began by hosting a series of education and business roundtables, which led to an annual Business-Education Summit on Workforce Development, now in its third year. Among other results, the effort led to a partnership between the state-sponsored BioOhio program and Dublin’s Tolles Technical & Career Center for the creation of a biotechnology program, and another between the city and the Columbus State Center for Workforce Development to bring targeted training programs to the city.

The old adage says that “slow and steady wins the race.” Through good and bad economic times, Dublin has shown remarkable steadiness in assembling the key elements of 21st Century economic growth. Slow, however, does not appear to be a word in the Dublin vocabulary.

In the News
Read the latest updates about Dublin.

Want to know more about Dublin?
Dublin was featured in the Intelligent Community Forum book Seizing Our Destiny. 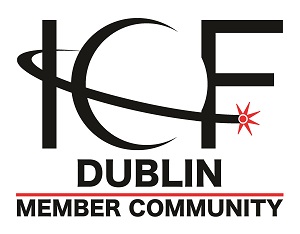