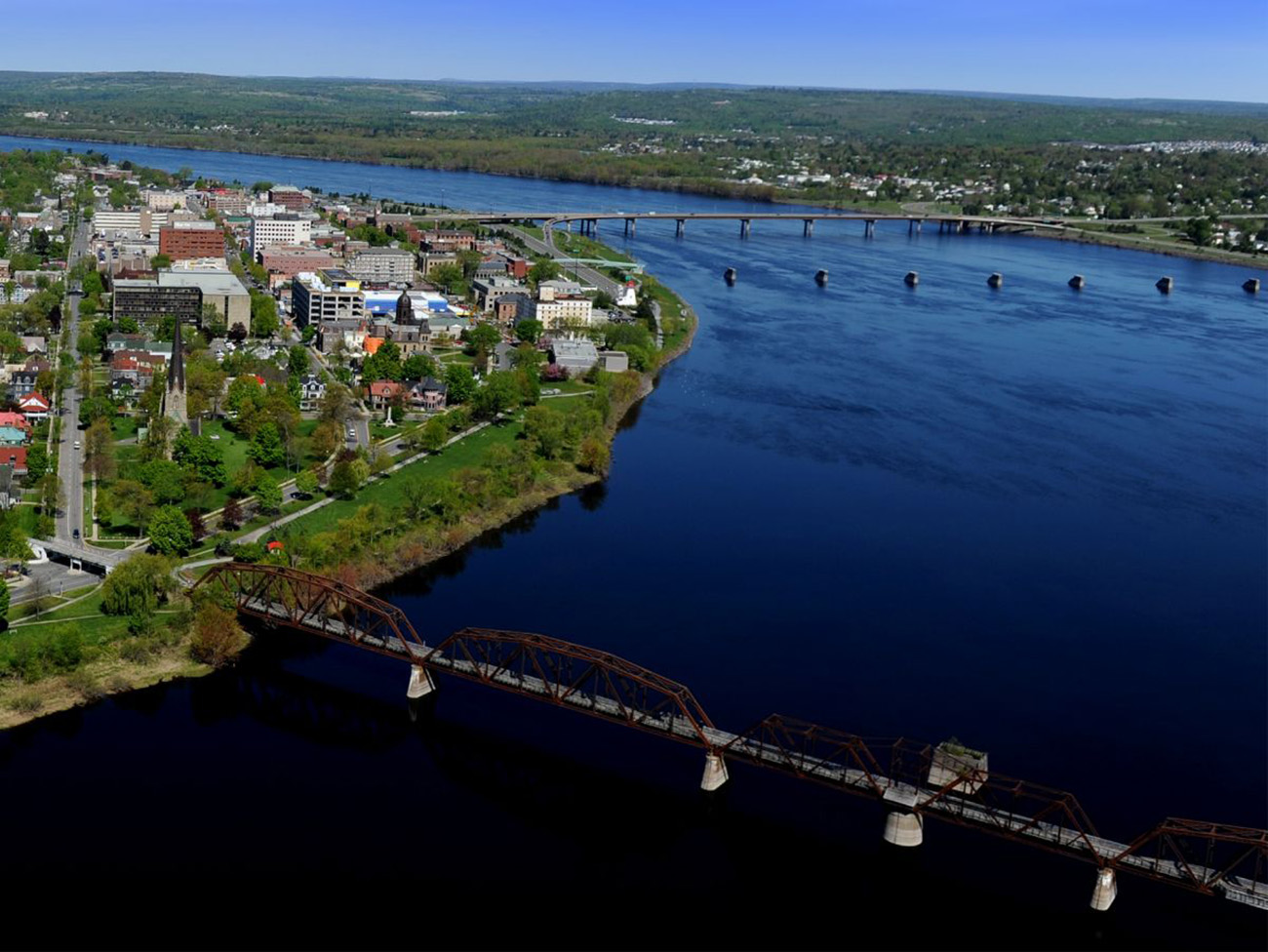 At a time when governments around the world are becoming deeply involved in managing their economies, Fredericton owes its place among the Top Seven Intelligent Communities to decisions to reduce the role of government in the local economy.

In colonial days, Fredericton served as the anchor of a vibrant regional economy based on trade with America's New England states. But over time, economic power gradually concentrated in the nation's geographic center, leaving the eastern provinces to become "branch office economies" dependent on decisions made elsewhere. It became so common for people to move west in search of economic opportunity that Frederictonians called it "goin' down the road."

Fredericton is the capital of the province of New Brunswick and public-sector employment shielded the community for many years from economic decline. Then in the mid-1980s, the Canadian Federal government began running large deficits and responded by offloading public costs onto provincial and municipal governments. By the 1990s, Fredericton found itself with a government that was too large, a private sector too anemic to support it, and a doubtful future.

Local government responded in 1992 with an economic development strategy called Vision 2000. It called on Fredericton to build an economy based on its unique human and economic assets, and to stop looking to others to save the day. The study itself was probably less important than the people who participated in developing it. They included city officials, university leaders, the Chamber of Commerce, real estate developers, the region's telecom firms, the hydro-electric utility and a representative of a small group of software investors.

The universities had long played a major role in Fredericton's economy and culture. The University of New Brunswick (UNB) is Canada's oldest English-language university and the first to create a computer science faculty and offer forest engineering programs. Saint Thomas University is Canada's only university focusing exclusively on teaching the liberal arts. The Maritime College of Forestry Technology is a business-government co-op that supports excellence in the management of one of Canada's most important natural resources. Through Vision 2000, the university sector began to engage in serious ways with both local government and the private sector. In 1994, UNB partnered with the city to develop the Knowledge Park, offering office space for knowledge-based businesses. The project plan emphasized quality of life with, in addition to office space, wooded areas, walking trails, and both daycare and pre-school facilities onsite. By 2007, the Park held three completed buildings totaling 90,000 square feet (8,360 m²) with a fourth 90,000 sf building under construction, and tenants included tech companies such as CGI, SkillSoft and Q1 Labs as well as the Wyndham hotel chain and the owner of the University of Phoenix, the Apollo Group.

It was the small group of software investors, however, who probably had the biggest impact. They saw Vision 2000 as an opportunity and used the government's clear show of support to form the first informal executive network in the community. Their timing was good. As provincial and local government froze hiring and began to downsize, the best and brightest civil servants left to start "knowledge sector" businesses in technology and services. They found support both from private investors and programs introduced by the provincial and Federal governments, including the Atlantic Innovation Fund, the BREAKTHRU Business Plan Competition and the Industrial Research Assistance Program.

The Vision 2000 plan was updated in 2001 and then every three years after that. It began to target development in specific sectors such as e-learning, aerospace training, health, network security and multimedia games. The 2004 plan included a bold statement of purpose: that economic development should focus first and foremost on supporting locally owned firms and give second place to business attraction. That commitment was no doubt made easier by a track record of success. In 2005, the knowledge sector employed more people than did the provincial government for the first time in history.

But Fredericton's government, under the leadership of Mayor Brad Woodside, refused to leave all the innovating to business. Following the 1992 study, Fredericton launched a set of business process improvement programs to streamline and make more efficient a government that clearly had too many moving pieces. To further drive the process, the city entered the ISO-9001 quality management process, which forced it to understand, clarify and document everything government did. In May 2004, Fredericton passed its audit and became one of the few ISO-9001 certified cities in North America.

To support its focus on growing local business, Fredericton launched a series of awards for business excellence and contributions to quality of life, which targeted small and micro businesses as well as mid-size and large companies and the entrepreneurs who built them. The city also began to focus on a weakness becoming increasingly apparent as the Nineties gave way to the new century.

As demand for Internet connectivity rose across Canada, Fredericton found itself a "have not" community. Carriers focused investment in the same geographic center that had so long dominated the Canadian economy and showed no interest in upgrading dial-up service in the "outer provinces." After lobbying proved unsuccessful, Fredericton decided to form its own telecommunications company. e-Novations was established as a co-op. It obtained funding commitments from 12 founding members – including the city, the universities, business users and the region's largest Internet Service Provider – and used it to build a fiber ring connecting to their facilities. It then pooled their demand and purchased broadband capacity in bulk. Each member paid for a minimum guaranteed bandwidth, but had the ability to tap any unused bandwidth in the system on demand. Because networks tend to have substantial idle capacity, e-Novations immediately reduced the members' cost and established a new competitive price point in the region. By mid-2002, e-Novations had a stable fiber ring and positive cash flow but struggled with how to meet demand from new prospective members outside the downtown core. The answer proved to be point-to-point microwave links to such facilities as the local airport, which could be set up quickly and at lower cost than fiber to the premises. When commercial carriers became members of e-Novations in order to resell broadband to their small business and residential customers, it was clear that the community network model was a success.

In 2003, Fredericton took the next step. Using its fiber ring as a backbone, the city deployed almost 300 WiFi access points throughout downtown and the business corridor, in public facilities and retail malls. Rejecting the idea of hot-spots, Fredericton sought to blanket the area with overlapping coverage zones. It branded the result the GoFred Zone: an area covering 100% of the city in which access to broadband wireless is absolutely free. As Fredericton's Mayor Brad Woodside puts it, "We don't charge you to walk on our sidewalks. Why would we charge you for broadband?"

Fredericton's rich broadband offerings have created a growing culture of use for broadband and IT in daily life. The city Web site offers an online database of city services, and allows residents to register for recreation and meeting space online. Parents view school announcements and homework assignments over the Internet and can participate remotely in meetings of the school board. They access the FredKid.com online portal, created entirely by Fredericton families, to learn about programs and services available to support them. The Harvest Jazz and Blues festival, one of the largest music events in eastern Canada, attracts over 80,000 fans to Fredericton each year. It takes more than 800 volunteers to produce it, and they rely on a Web-based volunteer management system to make it happen. Fredericton is also home to the National Adult Literacy Database, a nonprofit that provides Internet-based literacy and core skills training to five million users a year.

Fredericton continues to grow and is predicted to increase its population by 50% over the next 25 years. To ensure the growth process goes well for everyone, the city launched the Imagine Fredericton initiative in 2016. Imagine Fredericton was a multifaceted initiative that directly engaged the community to determine how to manage residential and employment growth in the coming years and what areas are of particular value to the public. The initiative included many different engagement opportunities from open houses and a variety of online tools to a three-day City Summit, one-on-one conversations and an “Imagination Station.” These activities aimed to provide citizens with an understanding of how Fredericton has grown to date, its existing assets, and the key challenges and opportunities it faces.
Imagine Fredericton resulted in a list of nine community goals for the city:

These goals will provide a roadmap for the city’s upcoming Growth Strategy and the new Municipal Plan in coming years. Since establishing them, the city has already designed three distinct growth scenarios for public discussion and analysis. These scenarios were presented for community feedback, which showed a clear preference for growing the city in a more compact, efficient way than before, balancing growth on the north and south sides of the Saint John River and maximizing growth in the Urban Core, where an estimated 8,000 more residents can be housed. With this feedback, Fredericton can focus on providing the best path forward for its citizens based on their preferences and future needs.

Connecting the Community Through Digital Projects

To collect data for public use in the Open Data Portal, the city has partnered with eleven-x to deploy Internet of Things (IoT) sensors throughout Fredericton. These sensors monitor occupancy and utilization of wheelchair accessible parking throughout the city, air and noise pollution levels in multiple areas and water consumption, and all of this data is made available to the public through the Open Data Portal. Sensors are also in place to monitor the water level of the Saint John River to help respond to flood conditions in as timely a manner as possible.

The combination of smart strategy, hard-working private entrepreneurship and cooperative public investment in information and communications technology have completely transformed the economy of Fredericton over the past fifteen years. More than 70% of New Brunswick's knowledge industries call Fredericton home and, on a per capita basis, the city hosts the largest engineering cluster in North America. The population of Fredericton grew 14.5% since 1992 but the labor force grew 22% over the same period and average household income has jumped 13.5% since 2003. The community has added 12,200 new jobs in the past decade, and seen two of its companies win the nation's top innovation award.

And being a political capital still doesn't hurt. Fredericton's aerospace training cluster serves Canada's largest military training base, located near Fredericton. After a nationwide search, Canada's National Research Council Institute for Information Technology established the first headquarters facility outside Ottawa in Fredericton, where its e-business facility offers local companies access to cutting-edge skills from more than 50 researchers and technicians. Sixteen companies in its incubator have attracted more than C$25 million in venture capital. What distinguishes Fredericton is its success in streamlining government and stimulating a robust private sector without sacrificing the advantages that come with its political position.

In the News
Read the latest updates about Fredericton. 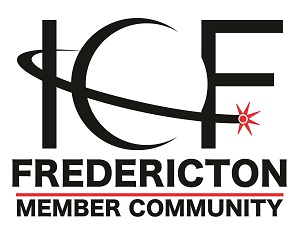